In this week’s news wrap 1,500 lion skeletons from captive-bred lions can now be exported annually from South Africa according to the new lion bone export quota; nine out of 14 critically endangered black rhinos have died after being translocated from one reserve to another in Kenya; two Zimbabwean women have drowned after a hippo attack caused their fishing boat to capsize; Taiwan’s ivory ban is to enter into force in 2020; and Botswana’s intelligence agency has been accused of using its anti-poaching operation to conceal elephant tusks from the responsible government department, potentially using it as a conduit for ivory smuggling.

According to a new lion bone export quota, 1,500 lion skeletons from captive-bred lions can now be exported annually from South Africa, effective from June 7. The announcement was made by the Department of Environmental Affairs (DEA) Minister Dr Edna Molewa on Monday.

This new quota is nearly double the number from last year’s quota of 800 lion skeletons.

The DEA said that the quota is based on new evidence from a research project by the South African National Biodiversity Institute (SANBI), in collaboration with the University of the Witwatersrand, Oxford University and the University of Kent.

The research showed that:

• there is a growing stockpile of lion bones due to restrictions;

• there has been no discernible increase in poaching of wild lions‚ but there appears to be an increase in the poaching of captive bred lions for body parts (heads‚ faces‚ paws and claws);

• and the captive breeding industry is in a state of flux as breeders respond in different ways to the United States’ restrictions on trophies and the imposition of the skeleton export quota.

The DEA said there was a demand for lion bones and‚ if supply was restricted from the captive breeding facilities‚ dealers might seek illegal ways to source bones or start poaching lions.

It added: “South Africa has learned through its experience with rhino and abalone poaching that these illegal supply chains are very difficult to disband once they become established‚ and seeks to avoid such a scenario materialising.” (Continue to full story, with a statement from Blood Lions, here)

[UPDATE July 17: Kenya’s Ministry of Tourism and Wildlife announced that a ninth black rhino has died]

Eight out of 14 critically endangered black rhinos have died after being translocated from one reserve to another in southern Kenya, according to a statement released by the Kenyan Ministry of Tourism and Wildlife.

The rhinos were being translocated from Nairobi and Nakuru National Parks to the newly-created sanctuary in the southeast of the country to offer a more secure location for the endangered species.

Preliminary investigations show that salt poisoning may have been cause of death, as a result of the rhinos drinking water that contained a high level of salt – more than what they were accustomed to – in their new environment. The high salt levels lead to dehydration that triggers the thirst mechanism, resulting in excess water intake of the saline water that further exacerbates the problem.

Acccording to the ministry, “this kind of mortality rate is unprecedented in KWS operations” and it has invited an external expert from South Africa to join in the investigation behind the deaths.

“Disciplinary action will definitely be taken, if the findings point towards negligence or unprofessional misconduct on the part of any KWS officers,” they added. (Continue to full story here) 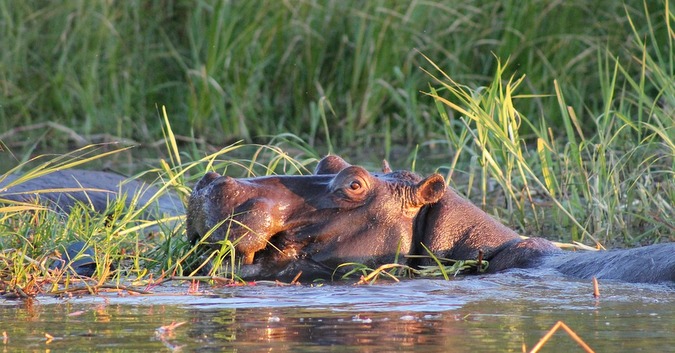 Two Zimbabwean women reportedly drowned in the Zambezi River after a hippo attack caused their fishing boat to capsize.

According to the state-owned Chronicle newspaper, Gladys Munkombwe, 43, and Mufutuli Mudenda, 23, drowned on June 12 at a spot that is about 13m deep.

Local Chief Saba reportedly said that a villager “heard the loud noise during the attack and called out to another fisherman, who was close to his spot. Together they rushed to the scene and tried to search for the victims”.

Taiwan’s Forestry Bureau said on July 13 that the ban on the sale of ivory will enter into force in 2020, in a measure to protect African elephants, who are illegally hunted for their tusks, reported CNA.

From January 1 2020, all ivory products can no longer be legally bought and sold, in-line with similar international bans.

Taiwan first rolled out its ivory restrictions to the ivory trade in 1994, when revisions to the Wildlife Conservation Act banned trade and display of ivory products in principle, but due to the large stockpile of ivory by vendors, the law stipulated that certain sales can be made under the eye of the government.

Once the ban enters into force on January 1 2020, offenders will face a maximum prison sentence of five years and a maximum fine of NT$1.5 million (US$49,050). (Continue to full story here)

Botswana’s intelligence agency has been accused of using its anti-poaching operation to conceal elephant tusks from the responsible government department, potentially using it as a conduit for ivory smuggling.

This comes after the department of wildlife and national parks’ anti-poaching unit raided a storage facility at a directorate of intelligence and security services (DISS) camp in Ngwashe, near Nata village in northern Botswana, allegedly finding a large stockpile of elephant tusks.

Highly placed departmental sources told INK that the department was unaware of the stockpile at Ngwashe until last week and that the DISS could not explain why it kept such a large number of tusks in a warehouse in the bush, as this was not standard procedure.

They said the DISS officer at the scene could not account for the stockpile and told wildlife department officials that questions should be directed to Isaac Kgosi, the former DISS head who was sacked earlier this year.

The sources said the wildlife department has refused to take over the tusks without a proper inventory. The department wants to know how the DISS was able to collect so much ivory without its knowledge and where the agency got it from.

According to wildlife officers, the correct procedure is that the DISS must first report to the department how and where it obtained each tusk. (Continue to full story here)