Posted on April 17, 2019 by Team Africa Geographic in the News Desk post series. 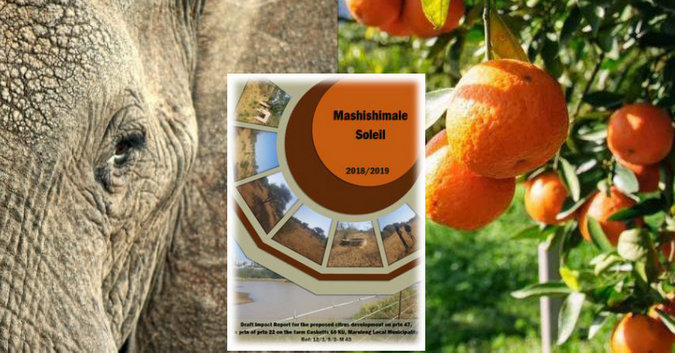 We reported previously about a proposed new citrus farm inside the protected wildlife area bordering the Greater Kruger National Park. In accordance with South African law a Draft Impact Report was compiled, which endorses the proposed farm development and recommends that it go ahead, and dismisses concerns expressed by a wide range of experts and affected tourism businesses in the area.

The concerns expressed include the likely killing of elephants, warthogs, baboons, vervet monkeys, porcupines and various bird and other species that are attracted to the fruiting citrus trees, poaching security, extraction of excessive amounts of water from the Klaserie River, noise and chemical pollution, threat of herbicides to biodiversity, the aesthetic blight of homogeneous orchards and farm infrastructure in a wildlife and tourism area and the disruption of the necessary expansion of the Greater Kruger.

In her assessment of this Draft Impact Report, researcher Jessica Wilmot of Elephants Alive has scored the Report as ‘poor in analytical components’ and ‘unsatisfactory because of omissions or inadequacies’. She goes on to say that the Report does not identify: a) possible alternatives to the one proposed or b) adverse impacts of the proposal or specific measures to prevent or reduce those impacts.

Wilmot also questioned the objectivity of the compiler of the report, as a negative finding would cause them to lose favour with future developers.

She went on to say that developments where only one person will benefit financially should not be placed above the long term needs of the ecosystem and the region. Developments like this in wildlife areas tend to seed a long-term process of degradation and destruction, as other developments are likely to be approved once the first is in place.

Wilmot’s report, which will form part of the process going forward, goes into great detail, and exposes significant shortcomings in the Report. She asks important questions about phrases and claims in the Report, and we can only hope that the authorities exercise their duties and apply the necessary rigour to this process. 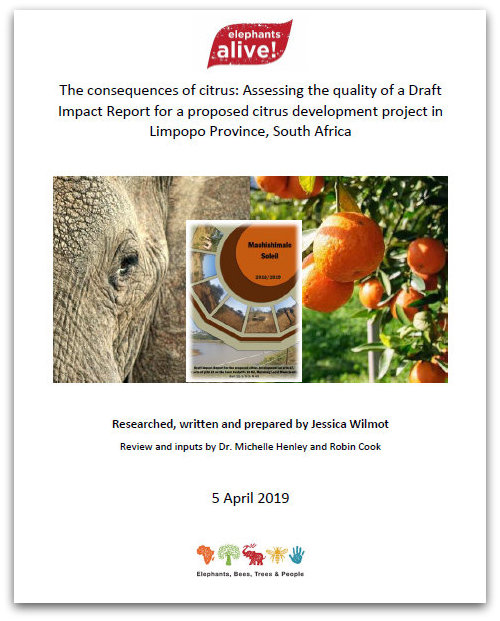