Posted on September 20, 2021 by James Hendry in the Decoding Science post series. in the Opinion Editorial post series.
ShareTweetPinEmailShareShareLinkedIn 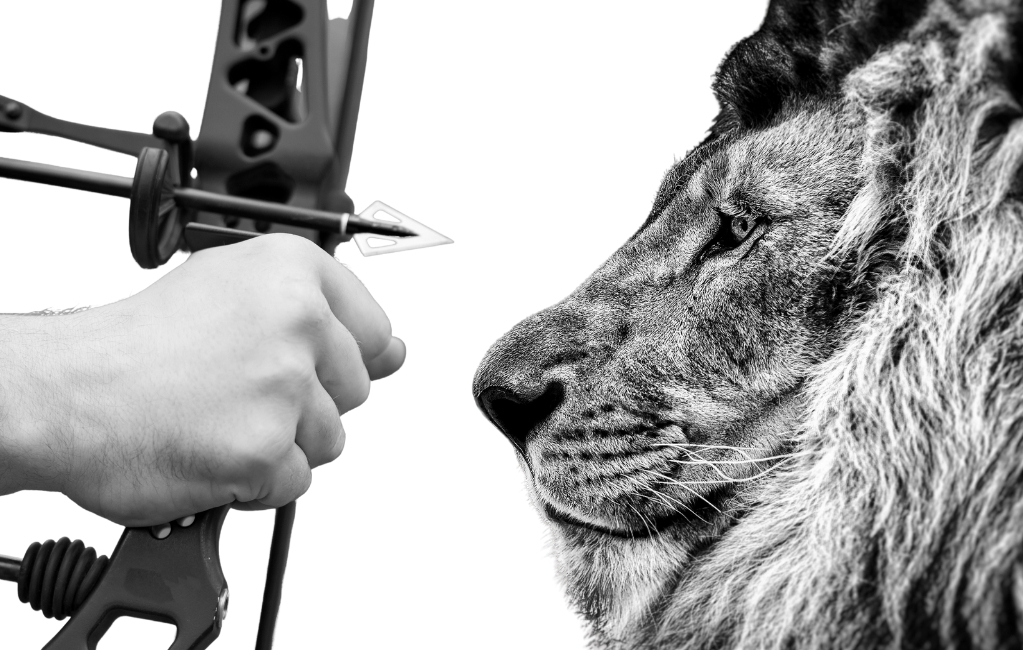 In the wake of the bow-hunting of Mopane the lion, we searched for some literature and expert commentary on the sustainability of the trophy hunting of free-roaming lions in Africa, particularly around Hwange National Park in Zimbabwe. We came across extensive scientific literature on African lion hunting and its effects on population dynamics and numbers.

Around 20 – 30 male lions are shot by trophy hunters every year in Zimbabwe. Some of these are in community-owned conservancies and some private hunting concessions, which may border national parks.

We wanted to know if the hunting of lions around Hwange as it is currently practised might drive lions to local extinction. The answer is most likely not. Hwange is part of a massive, open system stretching to Victoria Falls in the northwest and the Okavango Delta (and beyond) in the west. Hwange hunting is like ‘nibbling on the edges’ of the greater transfrontier protected area.

That is not to say the effect of hunting is negligible by any means. Between 1999 and 2012, of 206 recorded lion mortalities in Hwange, human beings caused 88% of male and 67% of female deaths. Trophy hunters caused the vast majority of male deaths while lionesses fell to bycatch snaring, retaliatory killing and hunting 1.

Lion hunting in Hwange has wrought tremendous changes on lion demographics and has certainly reduced lion numbers 2. When male lion offtakes were highest, survival of all age and sex classes were lowest. Over the period 1999 – 2021, reduced hunting quotas coincided with an increase in the overall population (62%) and a male density increase of 200 %! According to the 2016 study (footnote 2), the population started to decline again with increased hunting pressure and higher mortalities. When hunting was most intense in the early 2000s, population ratios were highly skewed towards females.

The Hwange situation has been repeated in various parts of Tanzania, where over-hunting has reduced lion numbers on a national scale 3 and lower population growth rates are expected where trophy hunting persists 4.

It is also important to appreciate that anthropogenic lion deaths around Hwange are not only caused by trophy hunters. Unintentional deaths from snaring and intentional killing due to human-wildlife conflict also reduce lion numbers. All of these causes combined could lead to a population crash – but at the moment, this seems unlikely. In many parts of Africa, it is simply not known how many lions are lost to anthropogenic mortality 5. 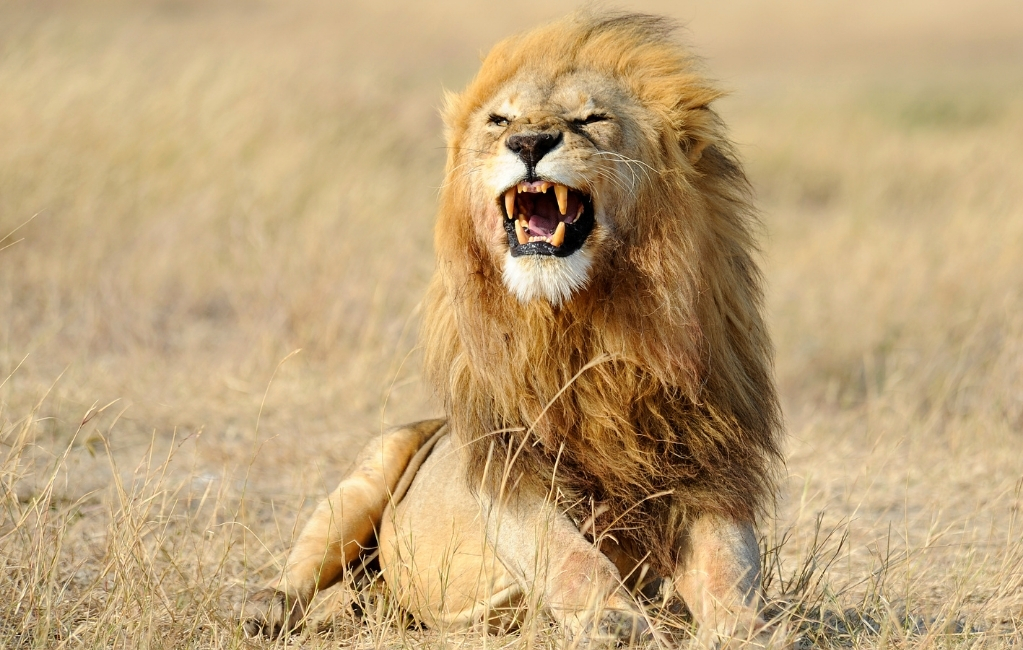 Why the six-year-old threshold?

In Zimbabwe, the minimum age for a trophy-sized male lion is six years old. This threshold comes from a mathematical model developed by Anthony Starfield in the early 1980s in the Kruger National Park, South Africa 6. The model was expanded and refined in 2007 by Whitman et al. 7. Further research, however, indicates that harvesting males after they have reared their first cohort of cubs can be sustainable but that in Southern Africa, where lions appear to mature more slowly than in East Africa, the threshold of six years is too low and should be increased to at least seven 8.

However, this assessment of sustainability assumes two things. First, the hunting operator is ethical in so much as he will not allow a client to shoot an animal too young (not always the case9), and second that he can accurately age the lion his client is about to kill. One study shows that hunters achieved a success rate of only 63% when ageing lions, normally overestimating the ages10. The study recommended that to negate the effects of these errors, the minimum threshold for lion hunting should be greater than seven years. Beyond this age, hunters were much more accurate at ageing their targets. This is supported by at least one study 11 that showed lion population numbers to be negatively affected by the hunting of lions under the age of seven years.

What killing lions on the edge of Hwange does cause is a change in lion demography and a vacuum or sink effect. It is not impossible for old lions like Cecil (13) and Mopane (12) to be dominant over prides in an area where lion trophy hunting is prohibited, but it is not common. It is possible and even probable that these old lions were still dominant because trophy hunting has created a dearth of male lions in the Hwange area. By continually shooting dominant males on the edge of the reserve, i.e. by creating vacant territories, males looking for territory will naturally move into these areas – often young nomads looking for their first territories or older males who have already been excluded from their first or second territories. This ‘sink’ effect pulls males into the hunting area and denudes other areas 12.

Likewise, trophy hunting on the Hwange boundary seems to exert a measurable edge effect where lions of all ages and genders living close to the boundary exhibit lower survival compared with more distant groups 13. 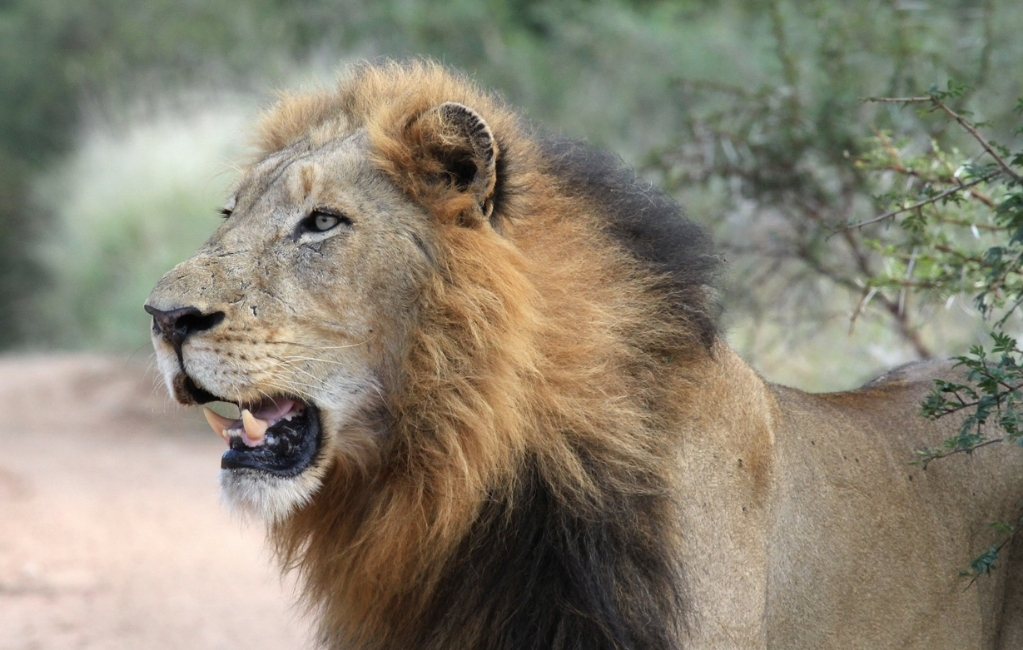 Should lions be hunted on the Hwange boundaries?

From a PR perspective, hunting male lions on the boundary of one of Africa’s most famous, most visited photographic safari destinations makes absolutely no sense. In the case of named lions, tourists come to see specific animals and take photographs of them. This is a sustainable, largely non-consumptive practice that lasts for the lifetime of the lion concerned. Famous, named lions attract tourist dollars and act as ambassadors for conservation 14. Shooting a named lion ends this long-term conservation and tourism reward.

Less directly, the negative publicity associated with killing lions – especially when bowhunters are involved in maiming them – could easily result in a booking reduction for photo tourism operators in Hwange. Why would a safari-goer travel to a destination where the latest headlines lament the maiming and killing of a famous lion? Tourists can choose from hundreds of safari locations where the killing of lions is not allowed, thus many, with cash to burn and a dislike of sport killing, will simply spend their money elsewhere. It is possible that for the hunting operators, the adage ‘no publicity is bad publicity’ applies, but it seldom applies to tourism marketing.

Sources in the Hwange area say that local safari guides who ply their trade in the National Park (and other high-profile hunting areas) where hunting on the boundaries is allowed also resent the hunting of iconic animals. Not only do they face the risk of cancelled bookings at their lodges and a reduction in occupancy, but they’re also unable to show their guests the iconic animals that have made their areas famous. This could directly impact their ability to make a living.

So is lion hunting driving lions to extinction, or is it contributing to their conservation counter-intuitively as it may sound? One model suggests that there are no continuous harvesting strategies that do not result in population declines15. The model suggests that hunting periods should be interspersed with periods of no hunting and that the cost of lion hunting should increase due to diminished supply.

While the argument that keeping areas for trophy hunting (which includes lions) keeps that land under wildlife seems to be anecdotally supported, there is a dearth of research confirming this16.

More worrying is the difficulty of following the money trail. In the end, it doesn’t seem to make a great deal of sense for a private landowner and hunting operator on the borders of a national park to benefit from shooting lions that contribute so much to the incomes of so many involved in photo-tourism. If lion hunting takes place in community-owned conservation areas that lack income from photo tourism and the money flow is transparent and equitable (for land, people and lions), then it makes more sense. This is not always the case. In some Zimbabwean CAMPFIRE areas (community-run conservation zones set up to benefit local people and promote positive attitudes to wildlife conservation), residents bemoan the fact that they earn very little from hunting and that wildlife continues to menace their lives17.

Other than in Namibia, it is extremely difficult to determine exactly what proportions of hunting revenue are directed to local communities18.

The sport hunting of lions to satisfy human needs is repellant to many of us (me and many of the scientists referenced here). What many of these scientists desperately want, however, is to find the best possible way of conserving lions into the future while taking into account myriad complexities (the needs of local people, habitat protection, economic necessity). As Macdonald et al. (2017) suggest, lion hunting should be strictly regulated to ensure that it contributes to conservation (people, land and lions). Where hunting is banned, suitable alternatives need to be found for the economic shortfall. It is also worth bearing in mind that overall, the cost of biodiversity loss exceeds income from both photo tourism and hunting.