Posted on November 24, 2022 by teamAG in the News Desk post series.
ShareTweetPinEmailShareShareLinkedIn 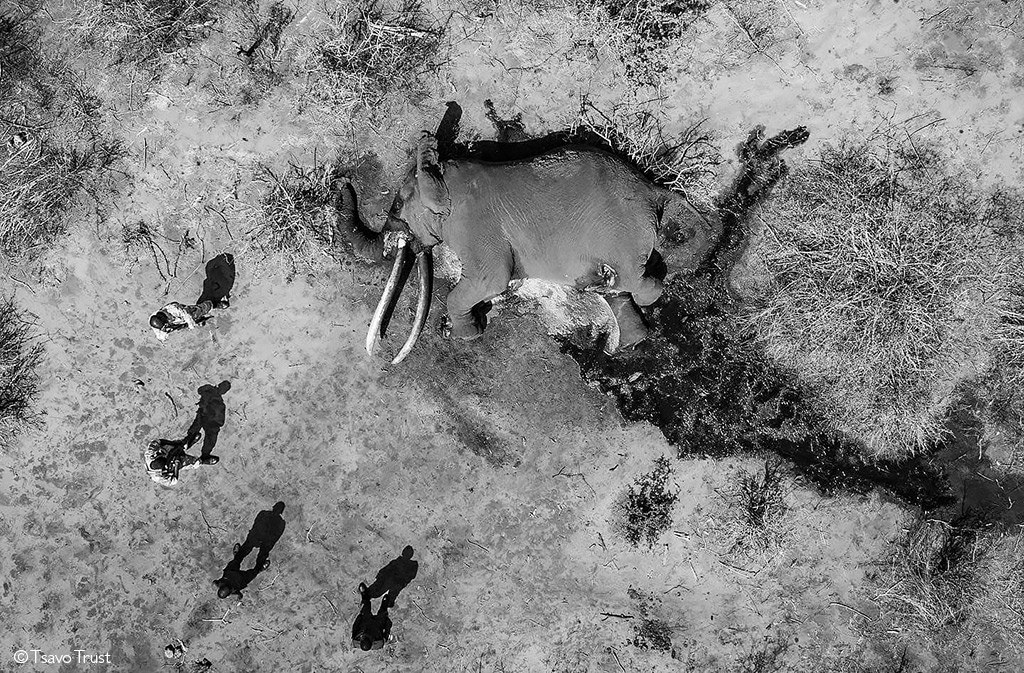 While Lugard had lived a long life, the Tsavo Trust reports that the severe drought in Tsavo accelerated his natural death. Both of Lugard’s tusks were found intact on his carcass and were recovered.

Tsavo Trust conservation officer and pilot Joseph Kimaile spotted Lugard’s three-day-old carcass from the air during a routine reconnaissance flight in Tsavo West National Park on 21 November. An immediate ground response was then initiated by Kenya Wildlife Services and Tsavo Trust to verify the situation.

Lugard was known for his large tusks and the distinct wart on his trunk. His tusks were reported to be one of the largest sets on a living elephant. According to Tsavo Trust field staff, Lugard was one of the more friendly and approachable big tuskers and was easy to identify due to his characteristic wart.

Lugard was first named and recorded in the Big Tusker Project database in January 2014 and has been observed by the project on 373 occasions since.

“This presence and track record is something that has undoubtedly contributed to Lugard living out a full life,” reported Tsavo Trust in its eulogy to Lugard. “This is a rarity in today’s elephant world, and especially with an elephant that has carried such impressive ivory for so many years.”

Africa’s tuskers face many threats, including poaching, habitat loss and human-wildlife conflict. But these elephants are protected in areas such as Kenya’s Tsavo and Amboseli National Parks, where they are monitored for protection against poaching and injury. Kenya does not allow trophy hunting, unlike Botswana and Zimbabwe, where tuskers are targeted for trophy hunting.

The Big Tusker Project collects data and responds to imminent threats to these tuskers. This ongoing presence is a significant deterrent to poachers and other illegal activity.

Several super tuskers have fallen in the past few years. These include Amboseli super tusker Tolstoy, who died earlier this year following complications from a spear wound, and Tsavo’s Wide Satao and Amboseli’s Big Tim, who both died of natural causes.

Lugard regularly crisscrossed between Tsavo East and Tsavo West National Parks in the Manyani area throughout his life. Observations of his movement between the parks later led to authorities and conservationists developing an underpass under the SG Railway to allow wildlife to cross without harm.

Lugard has fathered dozens of calves over the decades, passing his genes on to many elephants who may become tuskers.

You can read more about the invaluable work done by the Tsavo Trust and support their work here.