Giraffe facts: The long and tall of it

Giraffes are the tallest animals on the planet. They’re also one of the most iconic animals in Africa. They’re a photographer’s dream, especially when silhouetted against the dramatic colours of an African dawn or sunset…

But did you know these 15 fascinating facts about Giraffa camelopardalis? 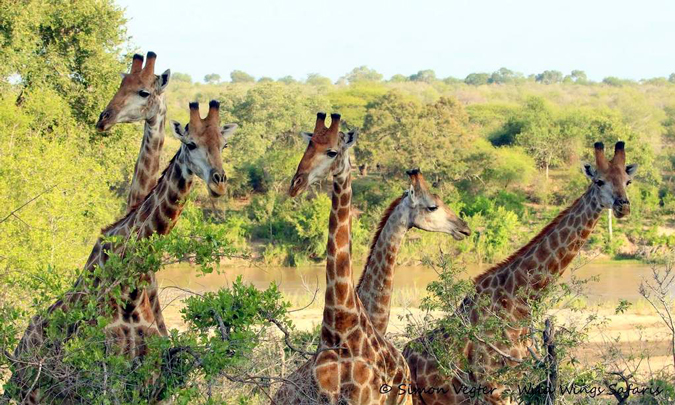 2. Giraffe can move surprisingly quickly and cover vast distances. They have a comfortable ‘cruising speed’ of 16 kph, but can accelerate to 55 kph when the need arises.

3. They’re upstanding for most of their lives and are rarely seen lying down. They live, eat, sleep – and even give birth – standing up! 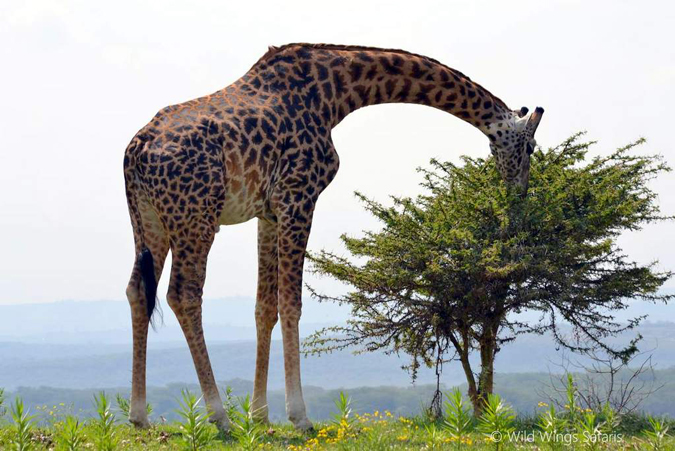 4. Each giraffe’s pattern is as unique as a human’s fingerprints.

5. Oxpeckers have an excellent symbiotic relationship with giraffes, keeping them healthy and free from parasites and ticks. With so much skin surface, giraffes are a walking smorgasbord for these busy birds.

6. Although long, their necks are too short to reach the ground. They have to awkwardly splay their front legs apart to be able to drink or investigate anything on the ground. Their jugular veins have a series of one-way valves which prevent them from getting a rush of blood to their brains when they bend down. 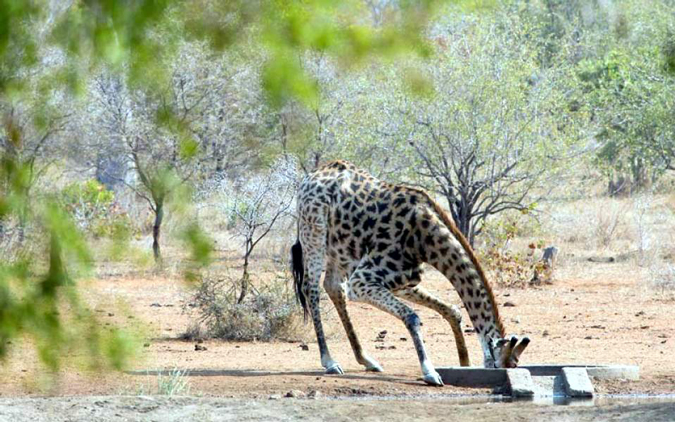 7. Giraffe usually get sufficient moisture from the sweet leaves they browse from the tree tops. They only need to drink every couple of days.

8. Their young are ‘dropped’ at birth onto the ground and are able to stand within the first hour of life. By 10-hours-old they can run with the rest.

9. Giraffe need surprisingly little sleep. They have brief naps lasting 5 to 30 minutes, often as little as 3 to 4 hours in a given day.

10. They have enormous hearts to pump the blood around their extensive circulation system. On average, their hearts are 60 cm long and weigh up to 11.5 kg.

11. They have long tongues (about 50 cm) which are black – thought to protect them against the sun – and no teeth on their top jaw. Instead, they have a hard dental pad that allows them to strip the leaves off branches – especially from their favourite acacia thorn trees. They do have 32 teeth though. 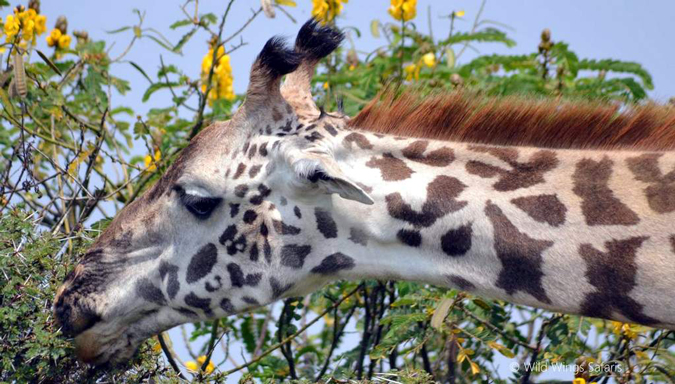 12. Although herbivores, giraffe have been known to chew on bones and lick meat due to a lack of certain nutrients in their diet, referred to as osteophagy. By doing this, they get phosphorous and calcium their body requires. See the video below of osteophagy in action, taken in the Kruger National Park:

13. The males fight for dominance by alarming and noisy head-butting and neck-slapping, known as ‘necking’.

14. They do not have true pointed horns, rather hair-covered ossicones, which only the males use in their spats.

15. Usually docile, they prefer to flee than fight. However, giraffes can deliver a savage kick and have been known to kill lion. 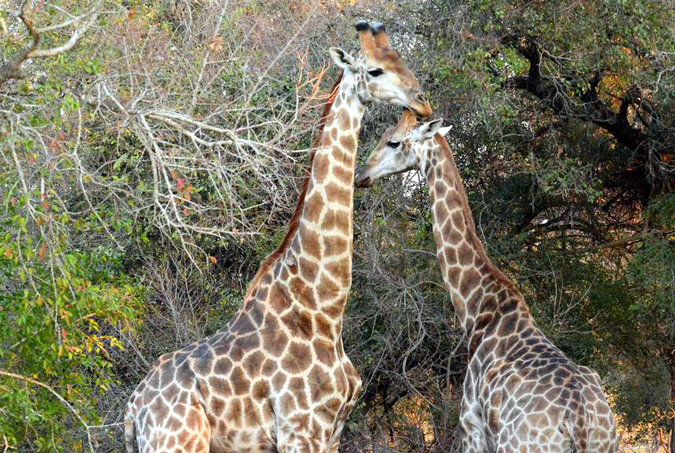