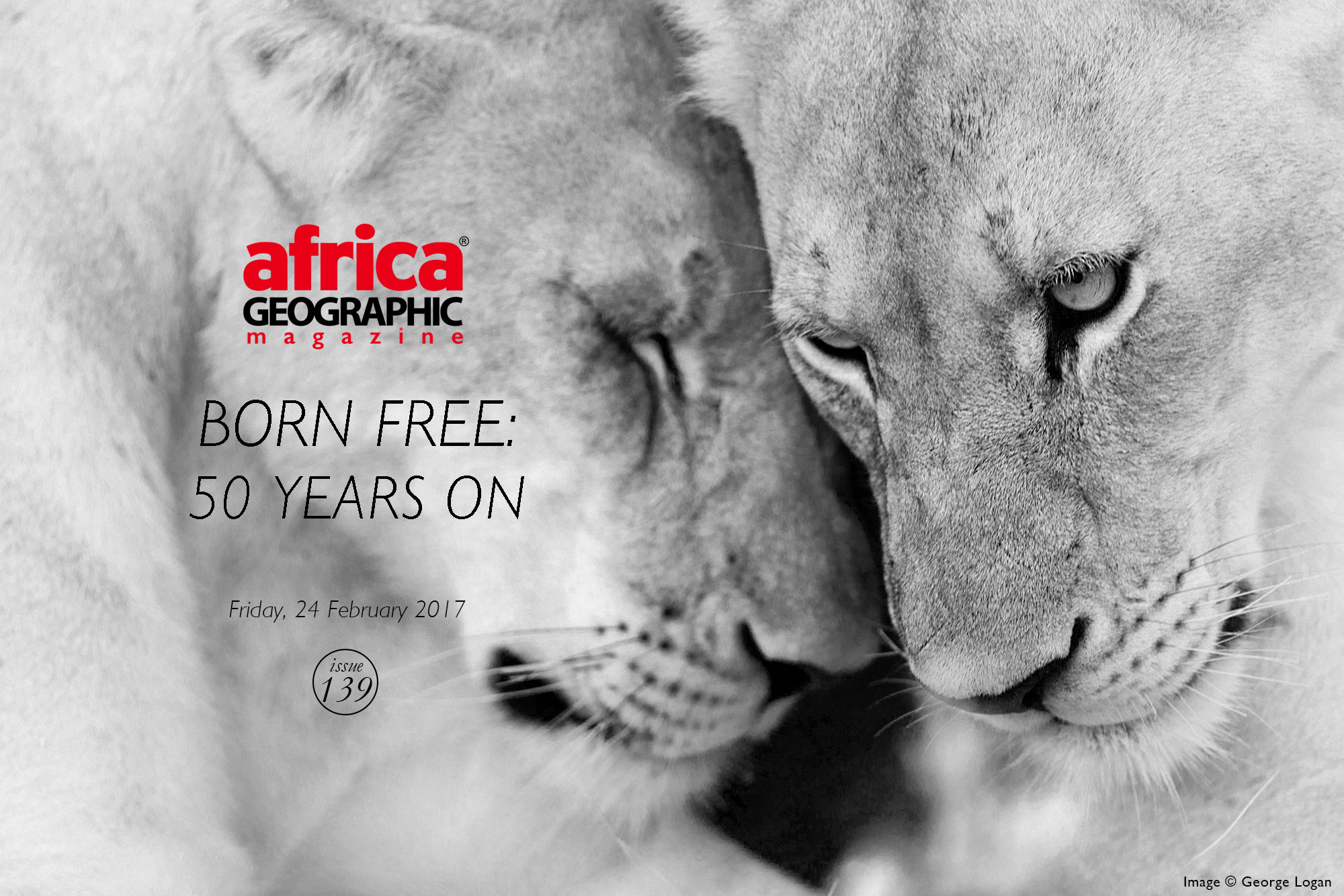 On safari with Will Travers in Meru National Park

There is a moving moment in the film Born Free, when Elsa the lioness walks towards Joy and George Adamson, played by actors Bill Travers and Virginia McKenna. Elsa had spent a week trying to fend for herself in northern Kenya. As she approaches the couple, they see that their experiment hasn’t worked: she is thin, bloodied and limping.

Legendary conservationists Joy and George were attempting to return the lioness they loved to the wild, but her injuries proved to George that she was unable to survive in her natural habitat. She had grown too accustomed to human care.

“What’s wrong with a zoo anyway?” George asks Joy. “Is freedom so important?”

“Yes!” cries Joy with passion. “She was born free, and she has the right to live free!”

The Adamsons raised Elsa to maturity after she was orphaned as a tiny cub in 1956 when George killed a charging lioness who was her mother. For the first few years of her life, Elsa and her two sisters lived with George, Joy and a pet rock-hyrax called Pati-Pati, at their game warden’s house in Kenya’s Northern Frontier District.

After her sisters were sent to a zoo in Holland, Elsa joined her adoptive parents on safaris, travelling across the ancient dry lakebed of the Chalbi desert, to the volcanic slopes of the Marsabit Mountains, and the white beaches of Kenya’s coast. Joy wrote about their devotion to Elsa in the book Born Free, which was made into an Oscar-winning film, released in 1966.

In 1966, there were approximately 200,000 lions in Africa. Now, there may be as few as 20,000, and in Kenya, there are only around 2,000. Will was travelling to Meru to mark the 50th anniversary of the film, and to observe vital new lion conservation projects.

Will and I took a Twin Otter plane from Nairobi to Meru. As we flew over the forested slopes and glaciers of Mt Kenya, Will told me that he had spent ten months living in an old settlers house at the foot of the mountain while his parents were filming. But, he wasn’t allowed on set. “Children are too volatile,” he said. “We could have triggered unwanted responses in the lions. Kids and lions don’t mix.”

The perfect land for lions

Meru National Park is part of the wider Meru Conservation Area in the eastern shadow of Mount Kenya. Described by UNESCO as ‘one of the remaining true wilderness areas in Kenya, and the world’, it is a vast 3,200 square km complex of protected areas that lie along the Tana River basin. These include the Bisanadi and Mwingi National reserves, Kora National Park and Meru National Park itself, one of Kenya’s oldest parks.

Meru was severely affected by rampant poaching during the 1970s and 80s – although lions were not targeted – the Kenya Wildlife Service (KWS) helped to bring lawlessness under control. Today it is recognised as having a greater diversity of animal species than any other park in East Africa. “No one is here,” says Tim Oloo, Born Free’s Kenya Country Manager.  “It is rich in biodiversity and herbivores, so it’s a perfect habitat for lions.”

To find out more on the perfect land for lions, continue reading below the advert.

The park is Born Free’s heartland. “It is in my DNA, I feel at home here,” says Will. “It is such a privilege to be able to re-engage with nature that isn’t man-made. Meru is entirely wild.’’ At our first meeting at Kenya Wildlife Service’s Meru HQ, Will writes, “Home again!’” in the visitors’ book.

Dr Tuqa Jirmo, KWS’s Senior Warden, gives Will news about a young male lion called Hugo. After being orphaned in Garissa County, Hugo was kept in captivity in Nairobi until he was old enough to be a capable hunter. He was then successfully released into the wild in Meru. “We may be able to show that lions can be translocated and successfully released if they are not kept in captivity for very long,” says Dr Jirmo, a lion expert in his own right.

As we cross the park to Elsa’s grave, I see it is as wild as Will described: a vast place of riverine woodlands, granite outcrops, grassy savannah and mountain-fed rivers, that lies at the foot of the blue Nyambene hills. The landscape is deep green from recent rains. The sky is filled with birdsong, and there is wildlife everywhere.

Helmeted guinea-fowl scuttle into the undergrowth. Rare Grevy’s zebra gallop away at the sound of our vehicle. Three elephants stand at the side of the track, trunks raised, their broad backs streaked red with iodised earth.

Will’s ornithological knowledge is impressive. He points out flocks of red-billed quelea, red-necked francolins, Eurasian rollers, a Pel’s fishing owl and Von Der Decken’s hornbill. Swallows dip and spin alongside our Land Rover like tiny outriders. A hawk spins upwards on a thermal.
Elsa’s grave lies in a shady glade on the bank of the Ura River, close to the Adamsons’ former campsite in the southeast corner of the park. The midday sun casts a silver sheen on the water. The air is thick with the scent of wild basil. Weaverbird nests hang from the boughs of acacia trees like grass lanterns and hundreds of white butterflies flicker in the air like confetti. It is a mesmerizing place. We spend a moment under a fig tree where Joy used to paint while Elsa draped herself along its boughs.

Lion experts worldwide are now in agreement that without a concerted conservation effort, the species won’t survive in the wild in Africa. In 2015, a collaborative project named Lion Rover was launched by the Born Free Foundation, Kenya Wildlife Service, Land Rover and the local Meru community. The project aims to build a viable population of lions in Meru, and ensure that they are free to live here for generations to come.

Lion Rover’s priority is to conduct thorough research into lion numbers. “We have to know how many lions there are to manage them and implement a conservation plan,” says Tim Oloo.

Tracking the future of lions

The census uses multiple methods: one is a spoor (tracks) survey, which is based on the principle that there is a direct relationship between spoor frequencies and the number of lions. To demonstrate to Will how the spoor survey works, we drive to an area where lions have been seen. There, an official tracker installed in the spotter seat raises his hand off the front bumper of the Land Rover.

There, in the sandy red earth, are the pads of a large lion print. The margins of the print are still sharp, showing that the tracks are reasonably fresh. The lion was moving east and passed this way only a few hours earlier. “George Adamson used to say that studying the animal prints he found every morning in the tracks around his camp in Meru was like reading a newspaper,” says Will.

Lion Rover’s census is also using a ‘call-back’ method. This works by broadcasting at night the sound of a buffalo calf being killed by predators, from a loudspeaker on the roof of a Land Rover. The aim is to lure the lions towards the vehicle to count and photograph them. The amplification instrument is calibrated for the distance to which lions would respond. In Meru, this is set to ensure that every lion within a 2.5 km radius of the site reacts to the sounds.

The sun is lowering so we drive in the direction of Mughwango Hill, where the beautiful lodge, Elsa’s Kopje, has been seamlessly sculpted into the granite promontory. At twilight, we drive to George’s Pool, where George Adamson used to swim in a rain water-filled hollow, high on a crag.

There are no lions here today, and it is quiet but for the sound of clucking hornbills and the distant crashing of a lone elephant through commiphora thicket. “Near our camp, there were rocky ridges… in the late afternoon, the sun turned the country into a blaze of warm colours, then she blended into the reddish stone as though she were a part of it,” wrote George.

The bluff affords us extraordinary views over the volcanic plains to Kora, where George Adamson continued his work with big cats. “He was like a lightning conductor. He found a way of tapping into something else, and he passed it on to us,” says Will. “The true story of Elsa’s journey to freedom inspires everything we do.”

The census estimated that as many as 79 lions might be living in and around Meru National Park. “The estimate is encouraging as it shows that Meru is an important and viable stronghold,” says Will.

“The next phase will involve the profiling of individual prides, working out their home ranges and maintaining a robust database,” he continues. “This will involve collaring Meru lions. Then, in three years, the next Lion Rover census will tell us how effective our efforts have been.”

For more information about the Born Free Foundation, or to adopt a lion, please visit www.bornfree.org.uk 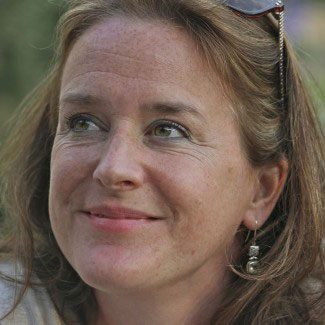 Joanna Eede is a writer and storyteller with a passion for telling emotive stories about the wonders of the natural world. She develops stories for features, books, film, speeches, photo-stories, photographic exhibitions and web content.
Joanna’s features has been published in leading newspapers and magazines, including National Geographic, The Times, BBC Wildlife, The Observer, Condé Nast, Independent on Sunday, The Daily Mail, The Daily Beast, Huffington Post, Paris Match, El Mundo, The Atlantic and many others.
Joanna has created and edited collaborative, crowd-sourced anthologies in collaboration with leading charities and publishers, designed to engage audiences with the natural world, including ‘We are One: A Celebration of Tribal Peoples’ (for Survival International, published by Quadrille, 2009, translated into 4 languages), and ‘Portrait of England’ (for the Campaign to Protect Rural England, published by Think Publishing, 2006).
She has a regular National Geographic ‘Voices’ blog on which she writes about natural history, wild places, wildlife conservation and indigenous cultures.