You will never hear the approach of a lion. Perhaps the darkness may quiet slightly, or you might be lucky enough to hear an alarm call from another creature, but the night belongs to these great predators.

As the cats draw closer, you may wake from your fragile slumber to the sounds of your cattle, agitated, stamping their feet. The smell of their fear. Not knowing what the blackness holds you wait, for calm or chaos.

And so it goes every night across the East African savannas. Humans and predators live together here, each eking out an existence in a world that is rapidly shrinking for both. There are no lines, few fences. This is a landscape where there is rarely a local word for ‘nature’, there is no need. Nature is not one thing, it is everything. And humans are part of it.

But it is naively romantic to think that the relationship between humans and predators was ever a peaceful one, and things are deteriorating fast. A week ago, an escalating series of incidents in northern Tanzania left seven lions dead, and five people injured.

It started on New Year’s Eve when a pride of eight lions were seen in a village just outside of Tarangire National Park. That night they attacked a boma and killed two donkeys. In response to this, a number of warriors (young men) gathered and killed one of the lions with spears. In the early hours of the morning, the lions had also entered a different boma where a woman was milking a cow with her child. The lion showed aggression but the two managed to retreat. The warriors later tracked and also killed this lion with spears.

As the day progressed, the situation steadily descended into chaos. Warriors and others gathered in large groups, some numbering greater than a hundred, and started to hunt down the lions. Community rangers were the first to get to the scene and managed to bring some calm. However, the arrival of other national parks rangers was not enough, and the crowds got out of control. Tanzania People and Wildlife Foundation, and Lion Guardians, both of whom are doing excellent lion conservation work in the area, were also on hand but unfortunately unable to stop the hunting parties. Over the coming hours another five lions died, three of them shot.

Seems a bit extreme doesn’t it? Mob mentality is a scary thing, and no one will ever be able to say for certain exactly what led to this reaction, but it is likely to be something more than two dead donkeys. You see, we humans are complicated beings; no human action exists in isolation, nothing that we do can be examined in a vacuum. Each daily decision that we make is the product of years of experiences, attitudes, beliefs and relationships. And so it is with human-wildlife conflict.

Killing a lion in return for killing your livestock may in some cases be a simple tit-for-tat, but in many cases, it is representative of much deeper issues and anger. It may be the result of years of being ignored by central government, lack of access to historic natural resources because of conservation measures, worries that land will be appropriated for national parks, severe levels of poverty and economic stress, the list goes on.

And this is what makes it just so difficult to solve. These are complex problems, requiring complex solutions that need to be tailored very carefully with an intimate understanding of local circumstances. This applies to conflicts in general across Africa and the world, rather than this specific incident in Tanzania. The conservation groups around Tarangire National Park have spent a long time working with local communities, but in this case, things got out of control.

But there is hope, and with only an estimated 30 000 (ish) lions remaining in Africa, and numbers dropping fast, we need hope. In the Amboseli ecosystem of southern Kenya, lions are going against the trend. From near extinction at the turn of the century, the lion population has made a remarkable comeback. Why? Because conservationists listened to local communities.

Big Life Foundation has set up a compensation scheme to partially compensate people for the economic losses from predators, on the condition that predators are not killed in retaliation. The Lion Guardians have employed young warriors to monitor the lions, warning local herders when lions are around and intervening when others may want to hunt lions. The Maasai Olympics is a sporting event created to engage these same young men, providing conservation education as well an alternative platform for them to demonstrate their physical prowess. These interventions all address slightly different aspects of this very convoluted problem, and together have been incredibly successful.

There is no doubt that Africa’s predators have a rocky road ahead and the recent lion killings in Tanzania highlights this, but conservationists across the continent have to stay positive, learn from successes elsewhere, and most importantly listen to the people affected by the conflict! 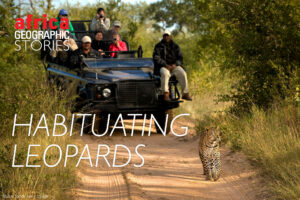