Dave Hurwtiz has been on the water in False Bay, South Africa, for most of his life. For the last 20 years he has operated professional tours of the bay. Despite this, Dave says that he can count his encounters with killer whales on just his fingers and toes.

I chatted with Dave, owner of Simons Town Boat Company, about the killer whales sighted in the waters off the Cape coast. 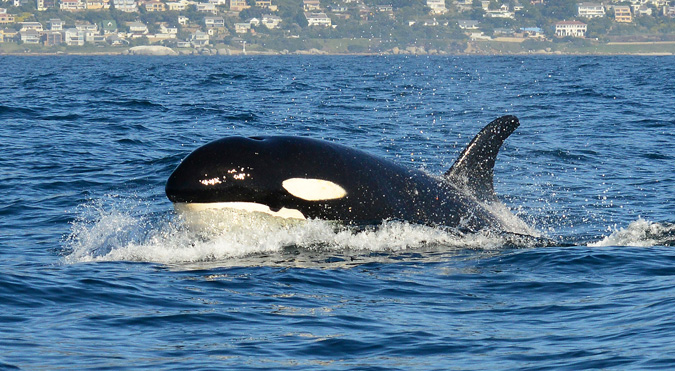 Before ever setting eyes on a killer whale, Dave says that orcas were firmly on his radar. He was intrigued by these creatures – their complex culture, unique dialects that separate different communities and, of course, their cooperative predatory behaviour.

“How can one ever forget the footage of a pod of killer whales in the Antarctica swimming side by side to create a perfect wave that washed a seal off an ice flow on which it was seeking refuge, or beaching themselves on the coast of Patagonia in pursuit of seals?” says Dave.

He was lucky enough to have access to research by the late Dr Peter Best who shared his tremendous wealth of knowledge about killer whales in Cape waters, but never thought it would form such a large part of his life. 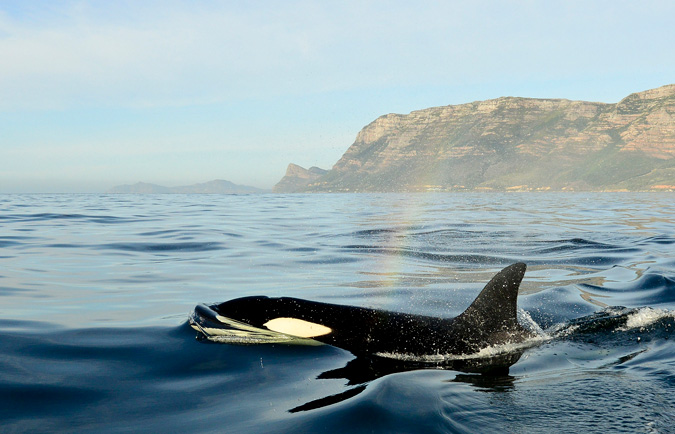 His first real life encounter took place right inside Simon’s Town harbour during a historic tour of the dockyard in 1999.

“Two killer whales breached literally a few metres in front of my boat leaving me and my guests absolutely stunned. At first I thought that I was hallucinating, but as I watched them gracefully circling the boat it gave time necessary for the experience to sink in,” he reminisces.

Having put in the hard yards of research through interest, there they were right next to him. It was another 10 years before his next sighting.

“It was the 26 April 2009 – 12h30 to be exact!” with the specificity of a truly life altering experience. “Neptune was smiling at me… [and] for the first time in False Bay, I was privileged to witness and document a pod of killer whales hunting common dolphins – it was just mind-blowing!” 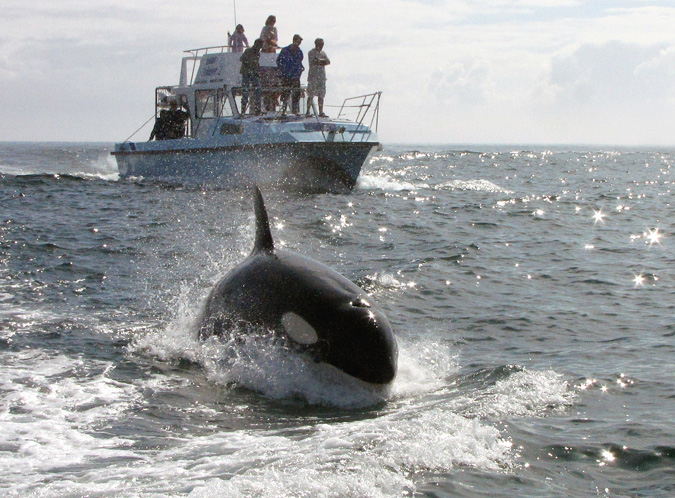 Dave describes this first-hand experience of the hunt in vivid detail. The whales separated a dolphin from its pod, herded it towards the lead hunter and then pummelled it until it swam about, helpless and disoriented.

“It was heartbreaking to watch as the huntress locked her jaws on the dolphin and dragged it underwater”, he says.

The killer whales then shared the meal amongst themselves. Dave marvels that it was incredible to watch the younger killer whales, while not hunting themselves, observing and studying the action from a distance, acquiring the skills necessary for them to participate.

Since that day Dave says he has been privileged to witness over 35 predatory events in the False Bay area. He says that each hunt is unique and that their strategy “responds perfectly to their prey’s flight reaction and always has deadly consequences”. 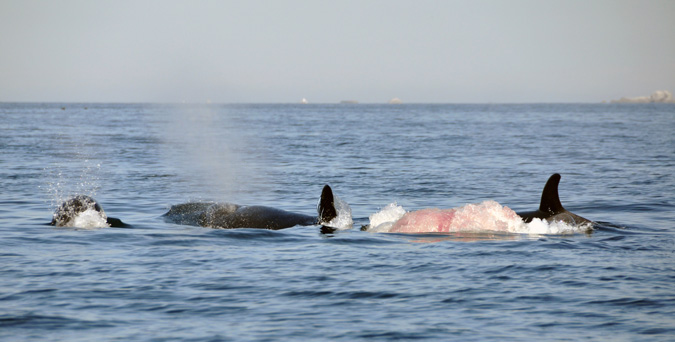 ♦ Offshore: sharks and other fish 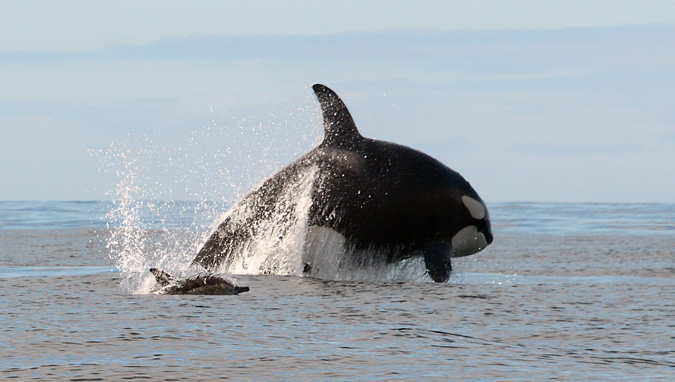 While unable to categorise the False Bay killer whales with absolute certainty, Dave says that there is evidence – pod size, predatory events and observed pod subtleties – that indicate that False Bay has all three ecotypes.

Large pods (up to 19 animals) are present during the yellow tail, snoek and tuna season while in autumn, when the common dolphins move inshore to feed, he has observed smaller pods of four to eight whales.

Dave goes on to define a third group, and my ears prick up. “Then there are two animals (possibly three) that appear to favour sharks as they have always been sighted in known shark hotspots”, he says.