Posted on May 20, 2015 by Guest Contributor
ShareTweetPinEmailShareShareLinkedIn

Between March and May this year, Jungfrau, a female elephant fitted with a GPS collar travelled over 100 km from north-west Laikipia to north of Samburu Reserve. Written by: Max Graham

In the early 1990s researchers believed that these elephants had some of the largest home ranges in Africa but this is the first time that such movement by family groups of elephants has been recorded here for over 20 years. 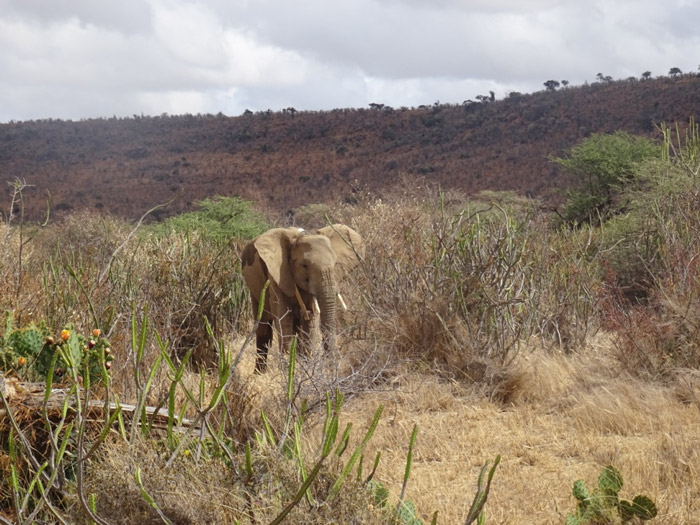 Until this vital piece of evidence provided by one elephant, conservationists feared that this critical movement corridor was no longer in use by family groups of elephants. The concern was that the growing threat of poaching for ivory, combined with increasing numbers of pastoralists with their livestock, was creating insuperable barriers of fear for matriarchs and their families.

Ensuring that elephants and other wildlife are able to move easily across long distances maximises their chances of survival as food and water are both scarce and unpredictable. It also minimises the possibility of elephants having an adverse impact on woodland vegetation as it prevents them from being concentrated in small areas for extended periods of time. 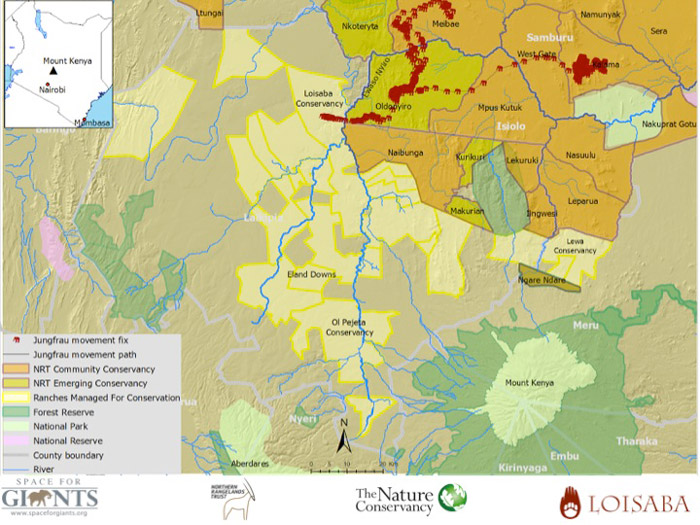 Jungfrau’s movements are therefore a huge boost for conservation. They demonstrate the critical role that the Loisaba Conservancy and Northern Rangelands Trust community conservancies play in maintaining ecological connectivity between Laikipia and Samburu. It is a testament to conservation investments over the years. Thanks especially to Space for Giants, The Nature Conservancy, the Northern Rangelands Trust, Save the Elephants and the Laikipia Wildlife Forum.

Elephant range is just a fraction of its potential
Large-tusked elephants are in decline
Elephants migrate despite boundaries and borders
Understanding elephant movements across international borders
Why identifying individual elephants is important, and the pivotal roles matriarchs and older bulls play
Bull elephants – their importance as individuals in elephant societies