Posted on March 16, 2020 by Simon Espley in the Opinion Editorial post series.

So, repeated warnings from scientists about China’s wild animal markets have been ignored and, as a result, we all have to bear the consequences and pay the price.

The loss of human life to Coronavirus disease (COVID-19) is already significant (and rising), and the economic costs are probably going to be staggering, across the board. Yet this reality was far from unforeseen – this well-written and easy-to-understand New York Times article about zoonotic diseases from as far back as 2012 spells out the public health and economic risks of these markets and the burgeoning wildlife trade.

I have always maintained that the battle to keep our wildlife and hardwoods safe from the evil ones will only be adequately addressed if and when all governments (including African) step up and take action. Real action – as in shutting down the industries that facilitate the trafficking and consumption of wild ‘product’, including those with parallel markets that are hijacked by illegal traders for laundering purposes. Until then we are all just ‘pissing into the southeaster’, as the saying goes. Government priorities dictate conservation success or failure, that much is clear.

Based on my observations, biodiversity conservation is only vaguely interesting to governments because it underpins the tourism industry, which generates significant employment and tax revenue. It seems short- and medium-term jobs and revenue from environmentally detrimental industries such as mining, farming and manufacturing are far higher on the list of priorities.

Now that we know that the trade in wildlife poses a significant risk to public health and economies, will Africa governments treat the issue more seriously?

We know that 75% of emerging infectious diseases in people come from animals, and bats harbour a higher proportion of zoonotic viruses than other mammals. Bat faeces on a piece of fruit eaten by another animal can result in that creature becoming a carrier. The Ebola epidemic of 2014-2016 in West Africa, the consequences of which reverberated around the Globe, is one example of a zoonotic virus emanating from African country communities that consume bushmeat in areas with rampant poaching.

I am under no illusion that the recent move by the Chinese authorities to ban the trade and consumption of wild animals was for any other reason than the immediate need to control the outbreak and thereby minimise the damage to their economy and political capital. This isn’t the first time Chinese officials have passed a law to protect their citizens against zoonotic viruses. In 2003 large numbers of caged civets were culled and their sale as food banned after it was discovered that they likely transferred the SARS virus to humans. The selling of snakes was also briefly banned in Guangzhou after the SARS outbreak. Today, civet and snake are back on the menu. In any case, China already has laws in place to ban the trade or eating of many species (such as pangolin), all of which are openly flouted. Says the South China Morning Post: “But the political will and capacity to enforce those laws often lags, undermining global efforts to curb issues like wildlife trafficking, air pollution and climate change.”

The wet and dry wildlife food and traditional medicine markets are big business in China, and pulling the plug on them will have such profound consequences that it may be an impossibility. Tandem to those markets is the US 74bn wildlife breeding farm industry (more than 20,000 farms have been shut down since the outbreak), which produces product such as bear bile, tiger bones, pangolin meat and scales, and porcupine meat. Despite the farms, it’s always going to be cheaper to process wild-caught animals into food and medicine than farmed animals because of the inherent costs of running a farming enterprise – hence the massive poaching drain on Africa’s wildlife now that the Asian wild areas have been all but denuded of wildlife.

To give you a further idea as to the extent of government inertia behind wildlife conservation efforts, even the demonstrated link between wildlife and charcoal trafficking and terrorism does not spur governments to take wildlife crime seriously.

What is needed is for African governments to overcome their cultural and economic fears of angering the mighty Chinese economic machine and that they (African governments) make the brave move to shut down the illegal wildlife industries that are draining our wildlife resources. This will not be an easy process, not the least because the Chinese government is already bankrolling some African countries. It’s not going to get any easier, and the longer the status quo continues, the harder it will be to break.

To date, wildlife activist campaigns have mostly focused on the moral aspects of the wildlife trafficking industry, and the threats to biodiversity. Perhaps they should shift focus to the threat to human lives and livelihoods. Maybe then African governments (including my own) will take this matter more seriously. 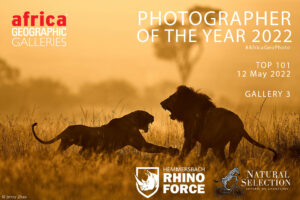