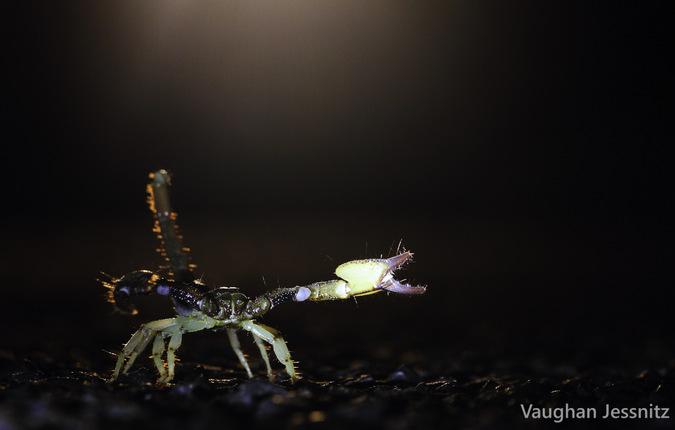 Written, and photographs, by Vaughan Jessnitz

From ancient times, scorpions have intrigued humans. Their hardy exterior, many legs and deadly reputation has them firmly regarded as one of the most well-known arthropods throughout the ages. Even in Ancient Egypt, we find stories of Serqet, the scorpion goddess of magic. She was both a protective goddess and a dangerous one. She could punish with the venom of a scorpion or snake, causing breathlessness and death, or she could protect against the same venom.

Yet just as she could kill, she was thought to give breath to the justified dead, helping them be reborn in the afterlife. 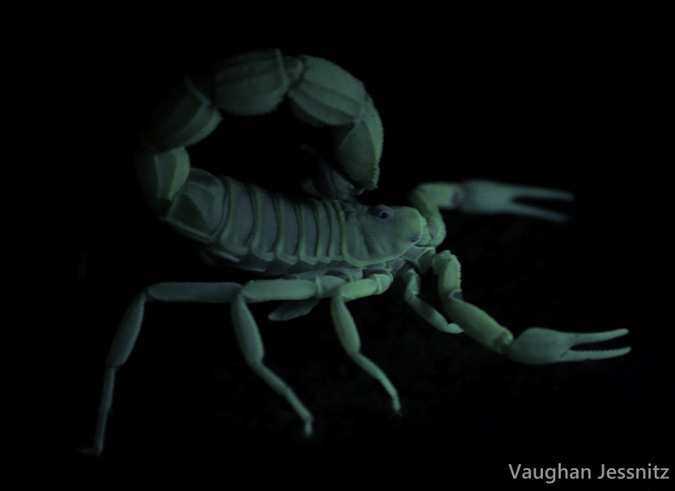 Throughout history scorpions and their venom have proved a mythical yet remedial substance all in one. More recent research has been slow going but the potential to utilise this precious venom one day to cure lupus and rheumatoid arthritis is being studied. It has already been explored to help with some cases of multiple sclerosis and cancer, and even with heart transplants.

The venom contains a mixture of biological chemicals called peptides, some of which are known to trigger cell death by forming pores in biological membranes. Cell death can be useful if we are able to target, say, tumour cells to auto-destruct. 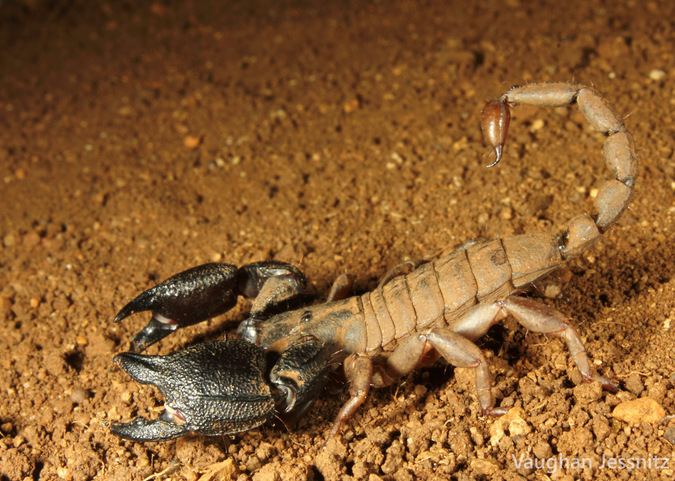 These toxins can have very potent effects. For instance, one particular small peptide, known as TsAP-1, isolated from the Brazilian yellow scorpion (Tityus serrulatus), has both anti-microbial and anti-cancer properties. However, this does not come without problems as these toxins kill both tumours and healthy cells. One method to control such toxicity is through using nanotechnology to build specially made drug-delivery vehicles. If successful, the toxic drug is released to kill only unwanted tissues in a body.

Looking a little closer to home, much research has been done on our own venomous scorpions, and in particular, the Transvaal tick-tailed scorpion (Parabuthus transvaalicus). This scorpion has proven really interesting as it has two different  ‘types’ of venom, one seemingly used for mammal deterrent and small prey, and the other more potent yet complex venom for ‘in case of emergency’. 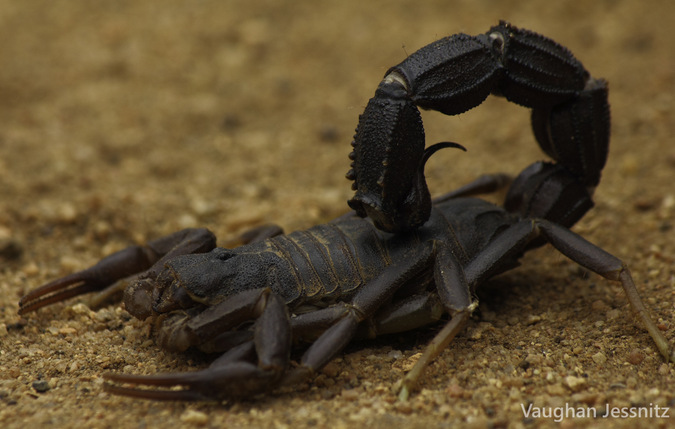 These scorpions secrete a small quantity of transparent venom when initially pestered, called prevenom, and if you were to keep harassing the poor scorpion, a cloudy and dense venom that is white in colour is subsequently released. The prevenom contains a combination of high K+ salt and peptides including some that block rectifying K+ channels, which in simple terms equals PAIN!

When this positive change to the K+ equilibrium potential is combined with the blockage of rectifying K+ channels, this further delays the recovery of the resting potential, causing a very prolonged effect, and thus extremely painful (scorpion stings are often regarded as some of the most painful of all creatures). It is concluded that this prevenom is used as a highly efficacious predator deterrent and for immobilising small prey, as it is a lot harder for the scorpions to produce and maintain the metabolically expensive true venom, keeping the good stuff until absolutely needed!

With such complexity and creative design, scorpion venom is also regarded as the most expensive liquids on Earth! A gallon of scorpion venom will set you back roughly R560 million (about US$39 million)! Remember that should you one day be unfortunate enough to get stung whilst out in the African bush! 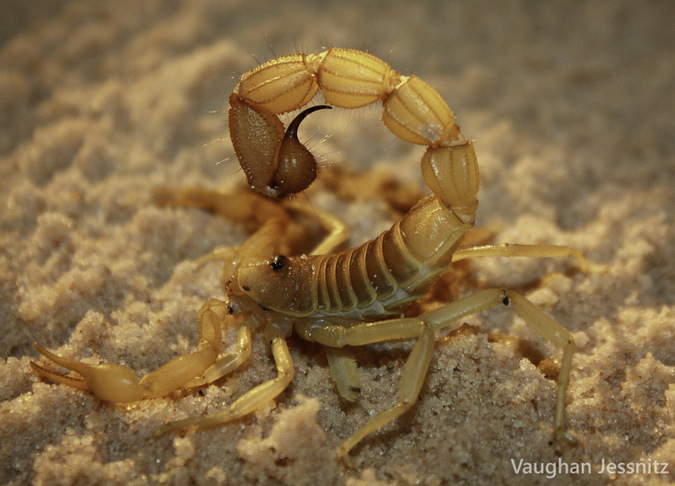