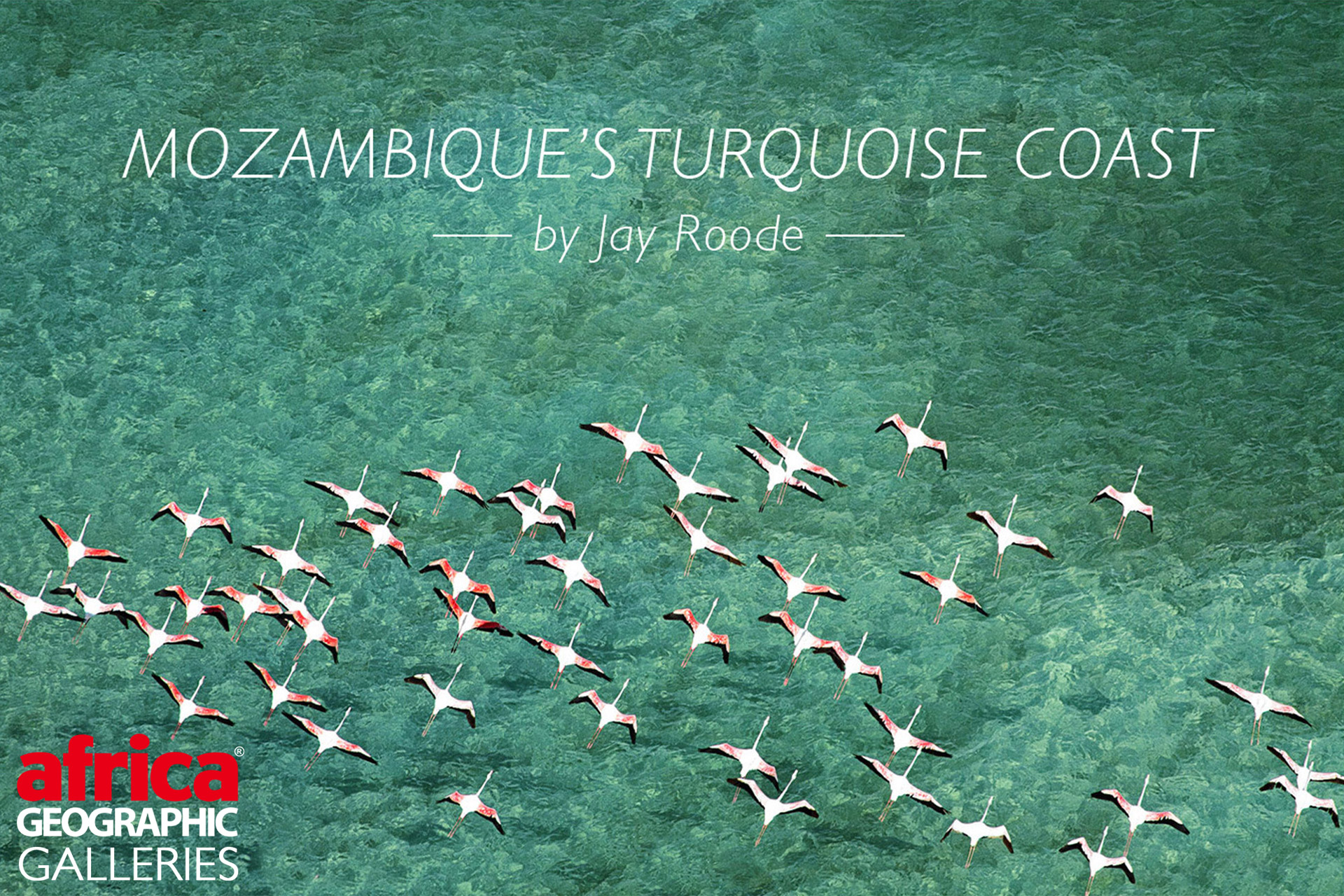 Cover: São Sebastião Lagoon – south of Vilankulo. Lesser and greater flamingo occur in a profusion of colour in the estuaries and shallows along the Mozambique coastline. 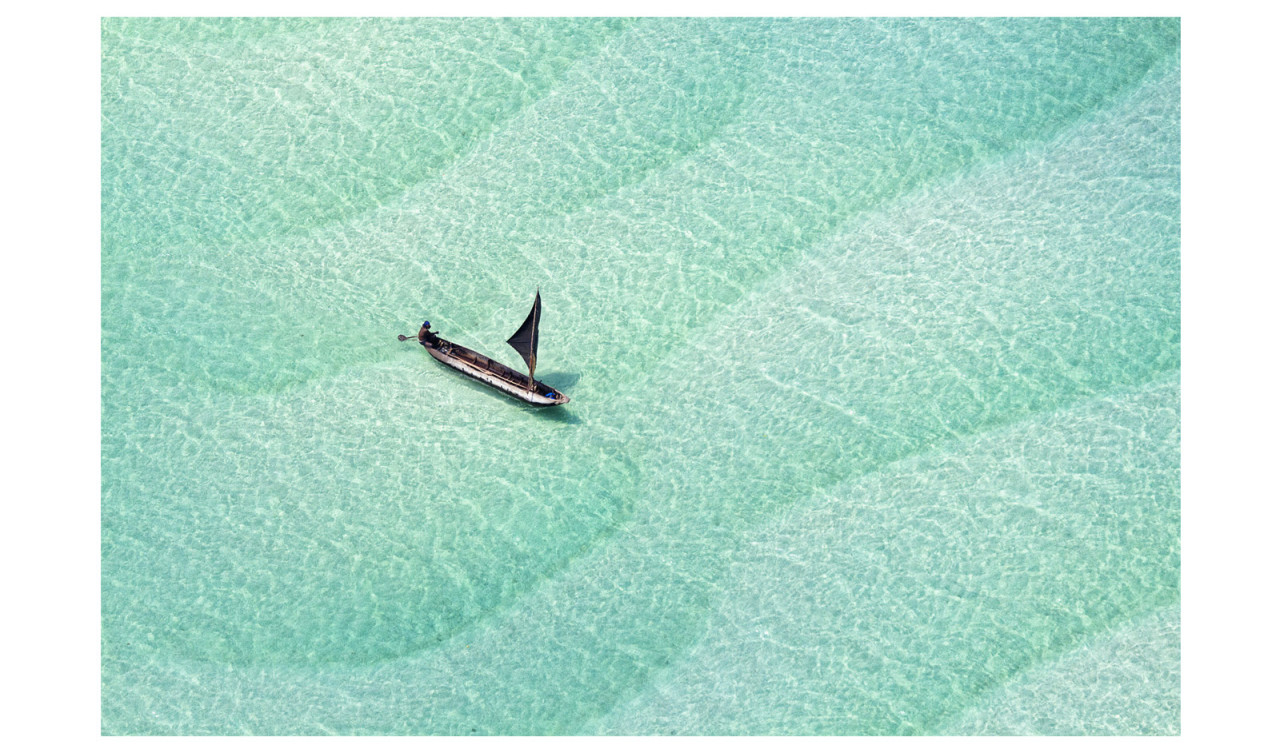 📷 The vast Save River empties into an enormous estuary north of Nova Mambone.
It is said that the sand and silt carried by this vast river system is what created the Bazaruto Archipelago. Here a fisherman sails the shallows in a dugout canoe at low tide. 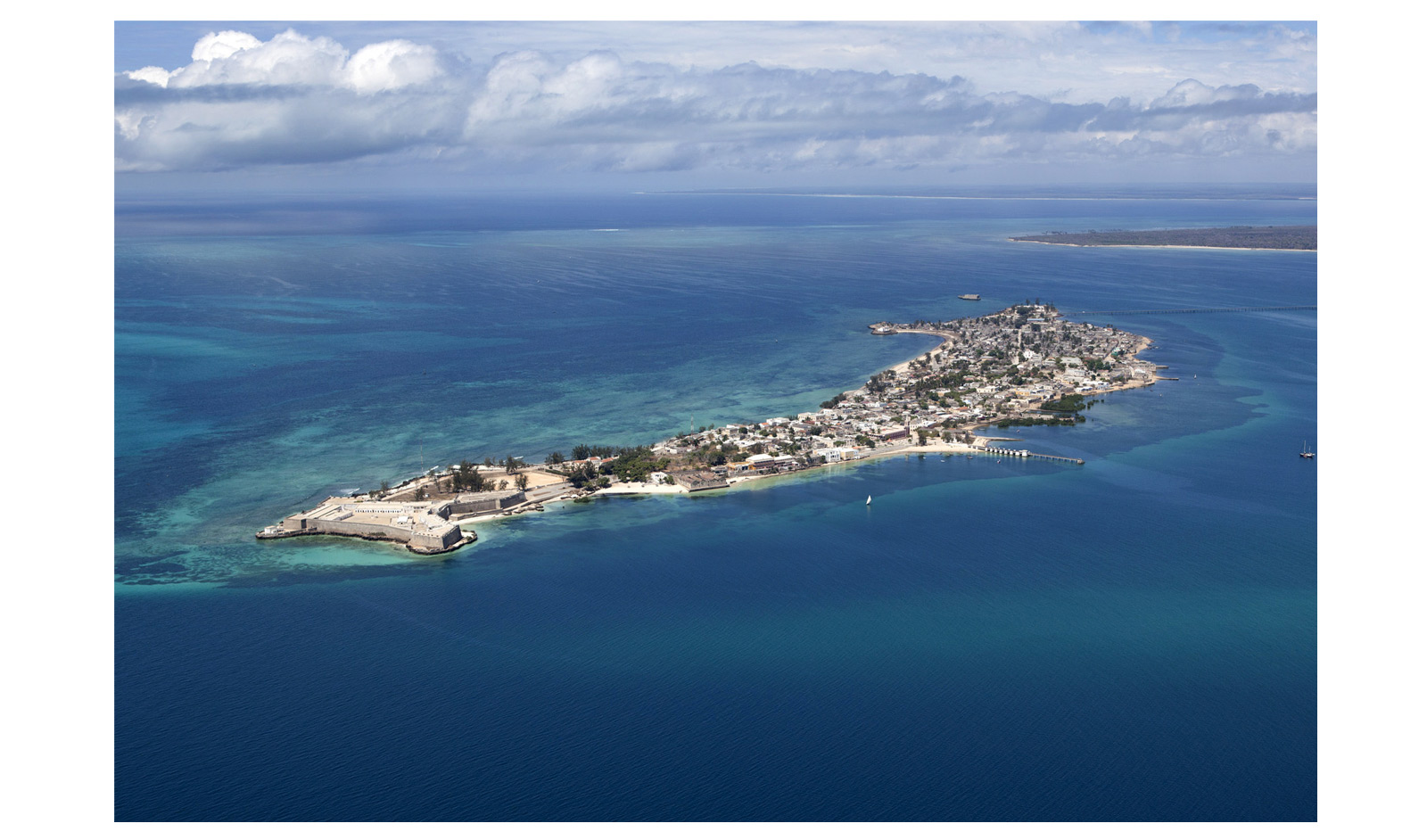 📷 Ilha de Moçambique – a small island on the northern Mozambique coastline that has played an inordinately significant role in shaping the history of the east coast of Africa. 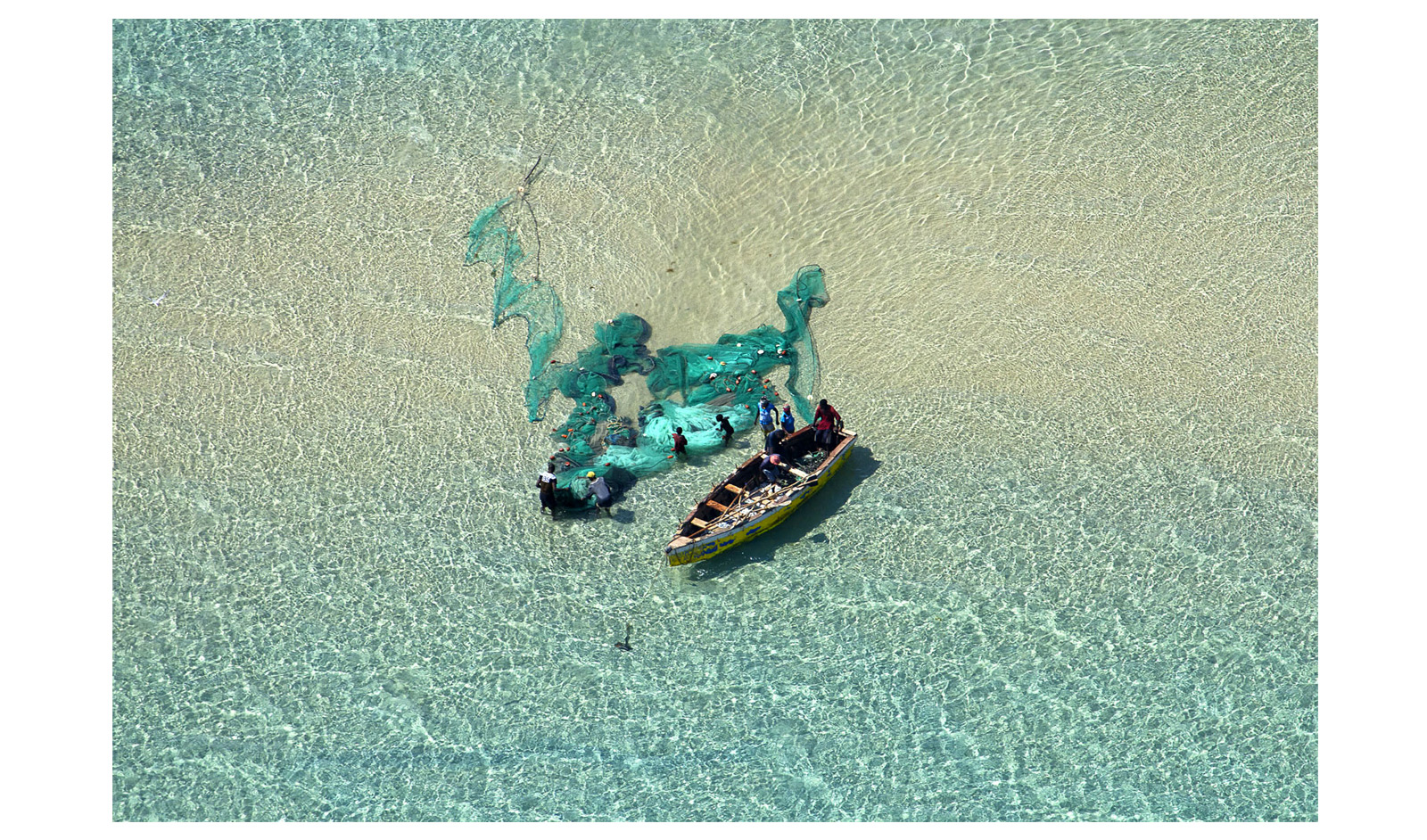 📷 The fisherfolk of Vilankulo fish the shallows south of Bangue Island in the Bazaruto Archipelago. 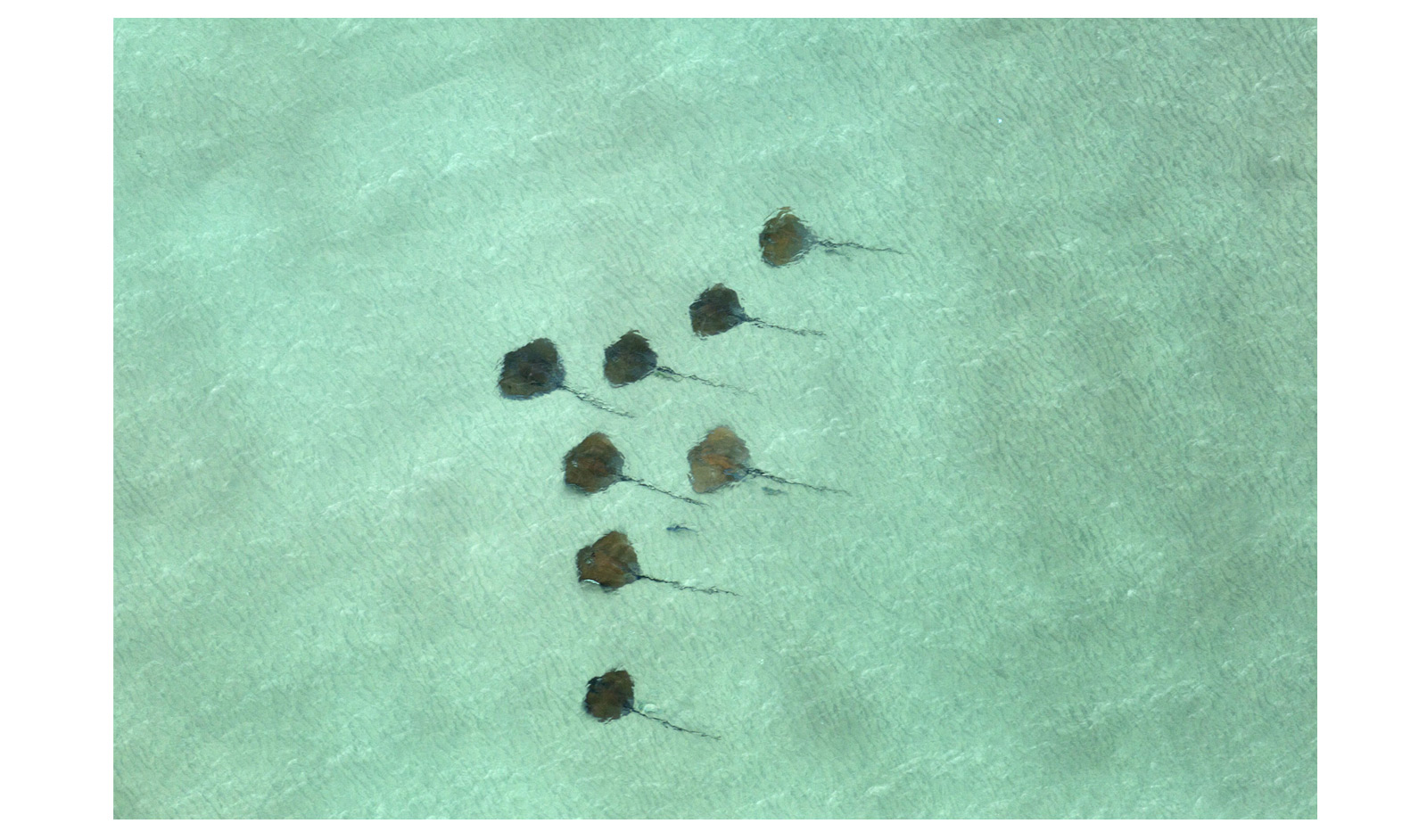 📷 Off the southern tip of Benguerra Island, a shoal of giant stingray glide through the turquoise shallows of the Bazaruto Marine Reserve. 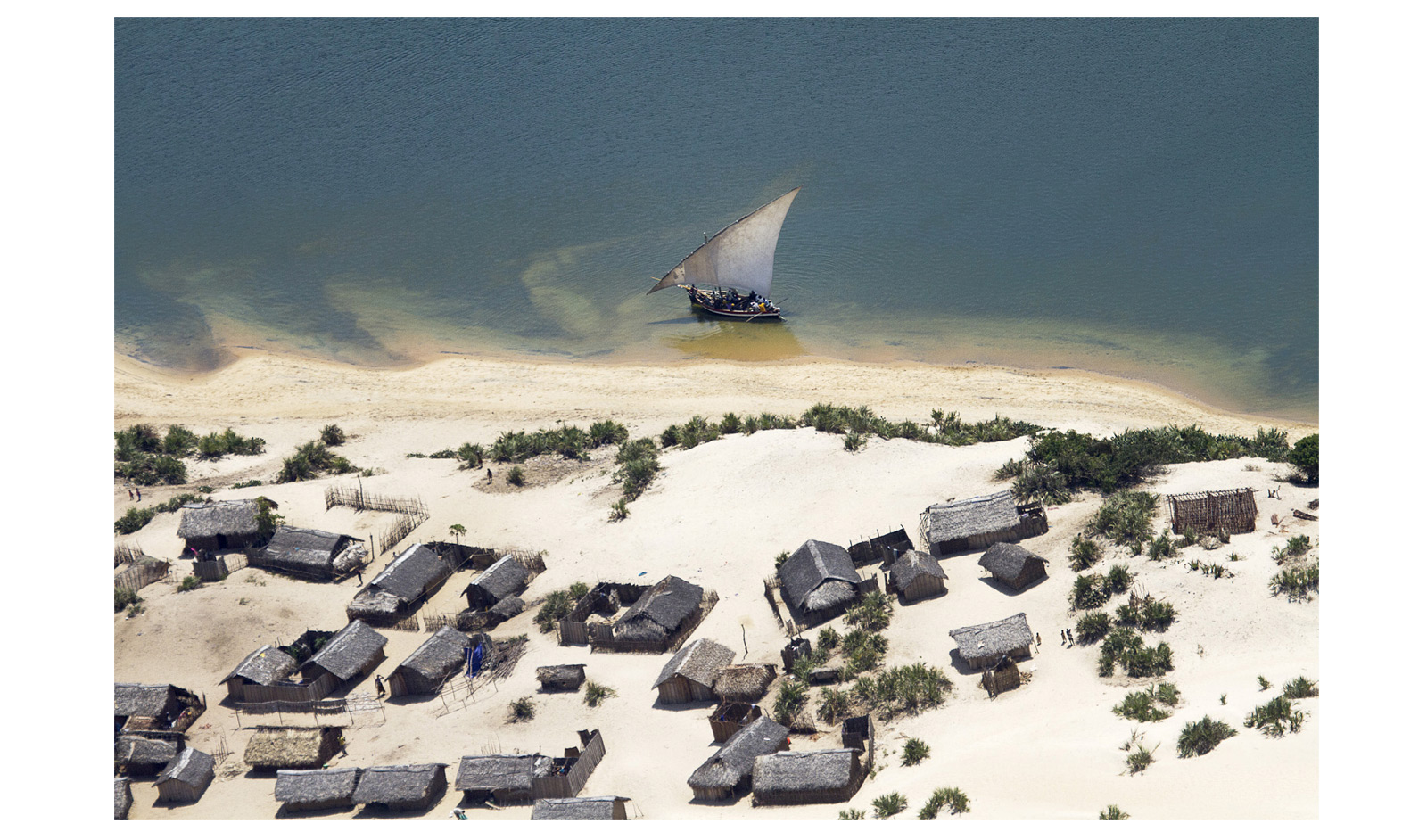 📷 Traditional fishing and cargo dhows glide serenely along a lush coastline dotted with small villages in Northern Mozambique. With the monsoon winds in their sails, they have decorated the ocean horizons with their sails for hundreds of years. 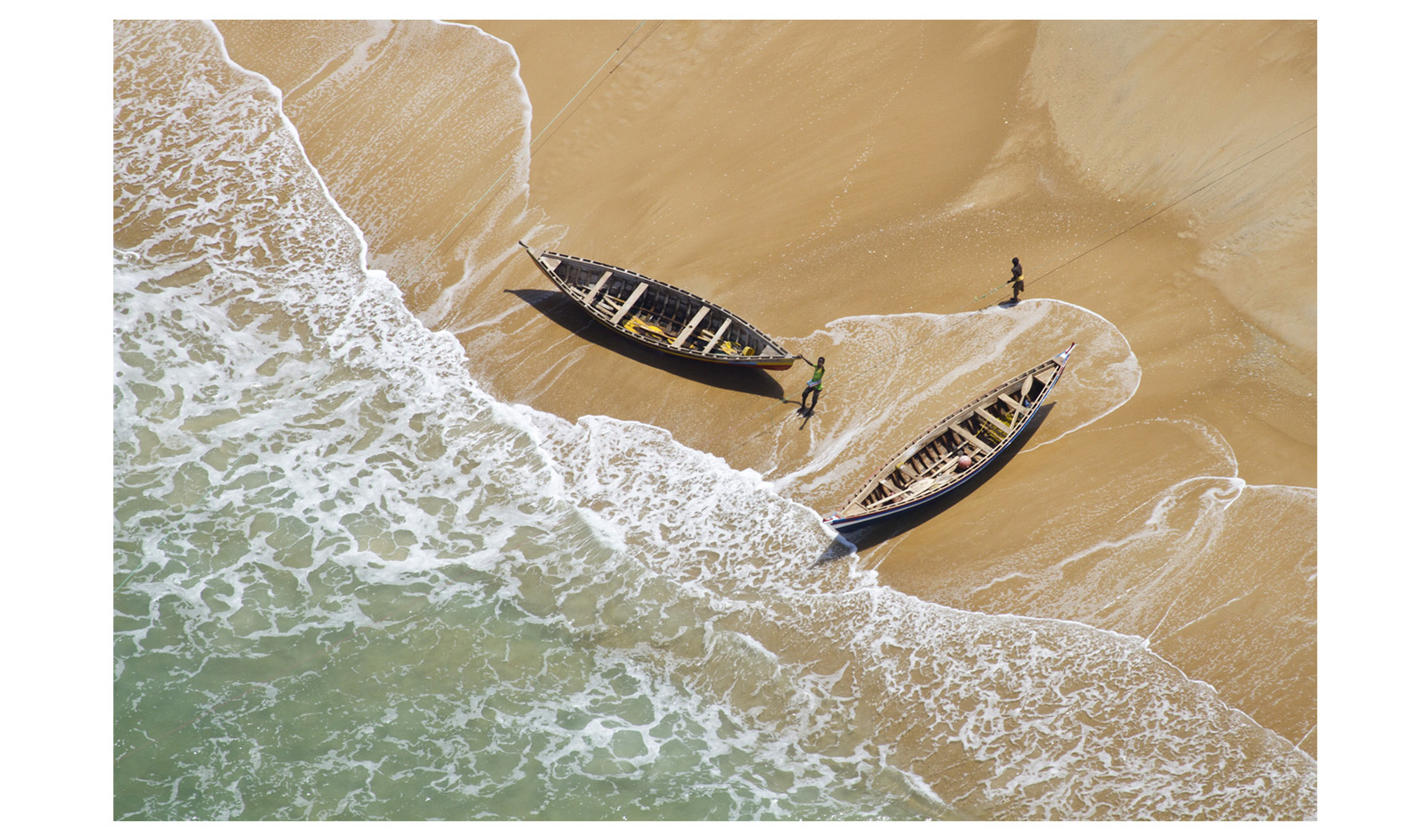 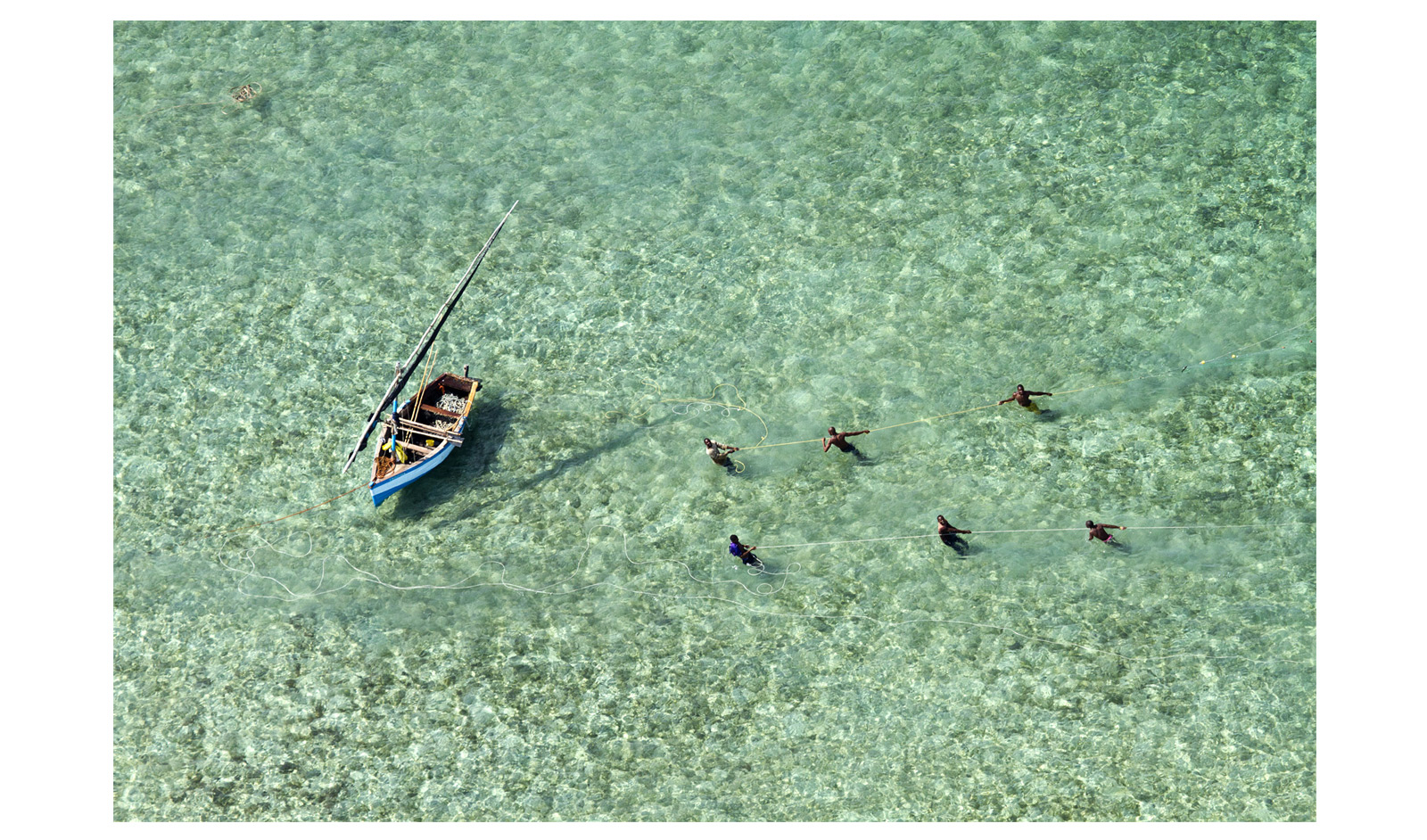 📷 Fishermen pull in their nets at low tide off the island shallows of Bazaruto Archipelago. 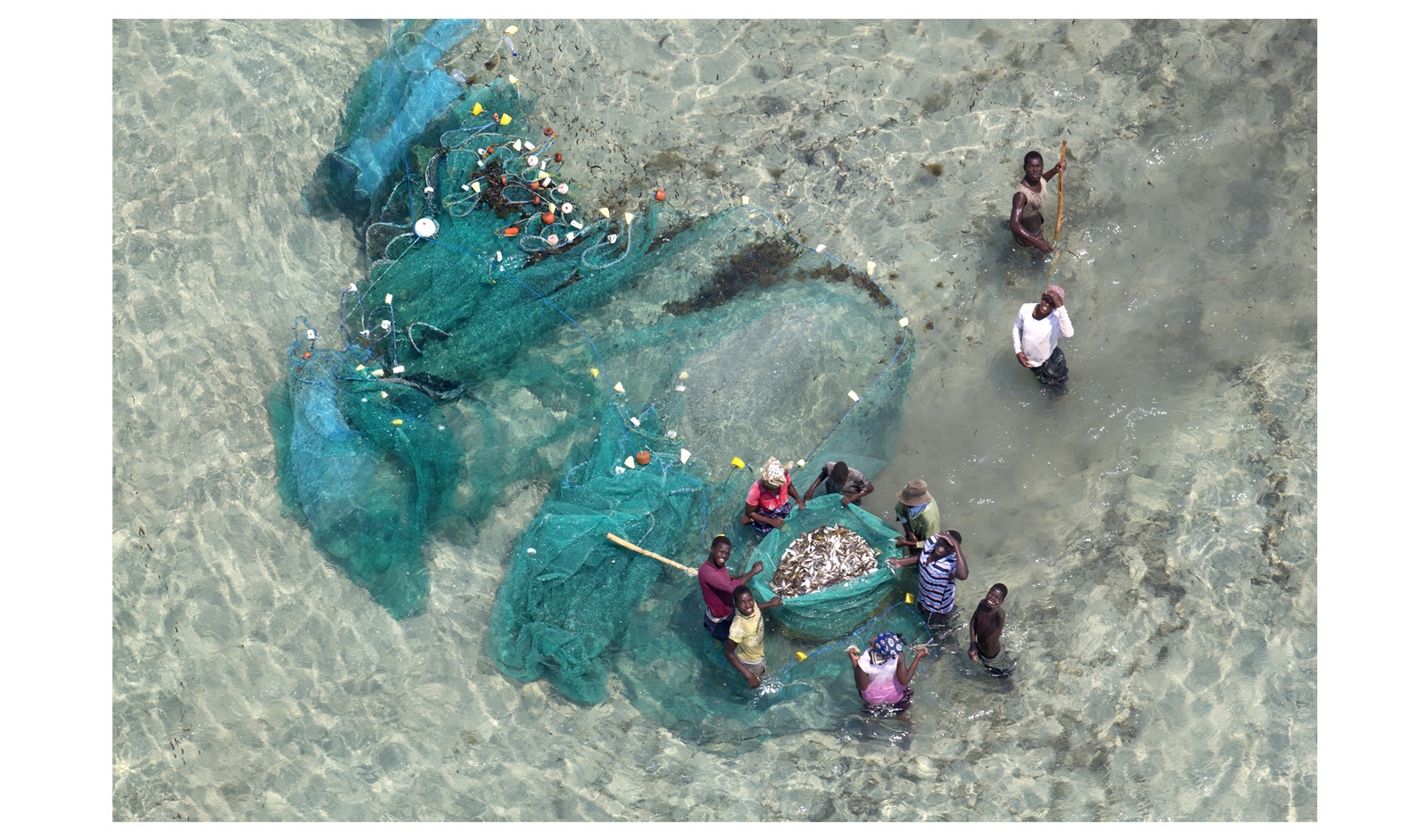 📷 Fishing is the mainstay of communities living along the Vilankulo coastline. Using seine nets fisherfolk pull in a bounty of fish each day. This form of fishing is destroying the seagrass beds upon which the critically endangered Dugong survive. There are said to be only around 250 Dugong left on the Mozambique Coastline, and the Endangered Wildlife Trust is currently involved in trying to save these mermaids of the ocean by tightening up controls in the Bazaruto Marine Reserve to provide sanctuary. 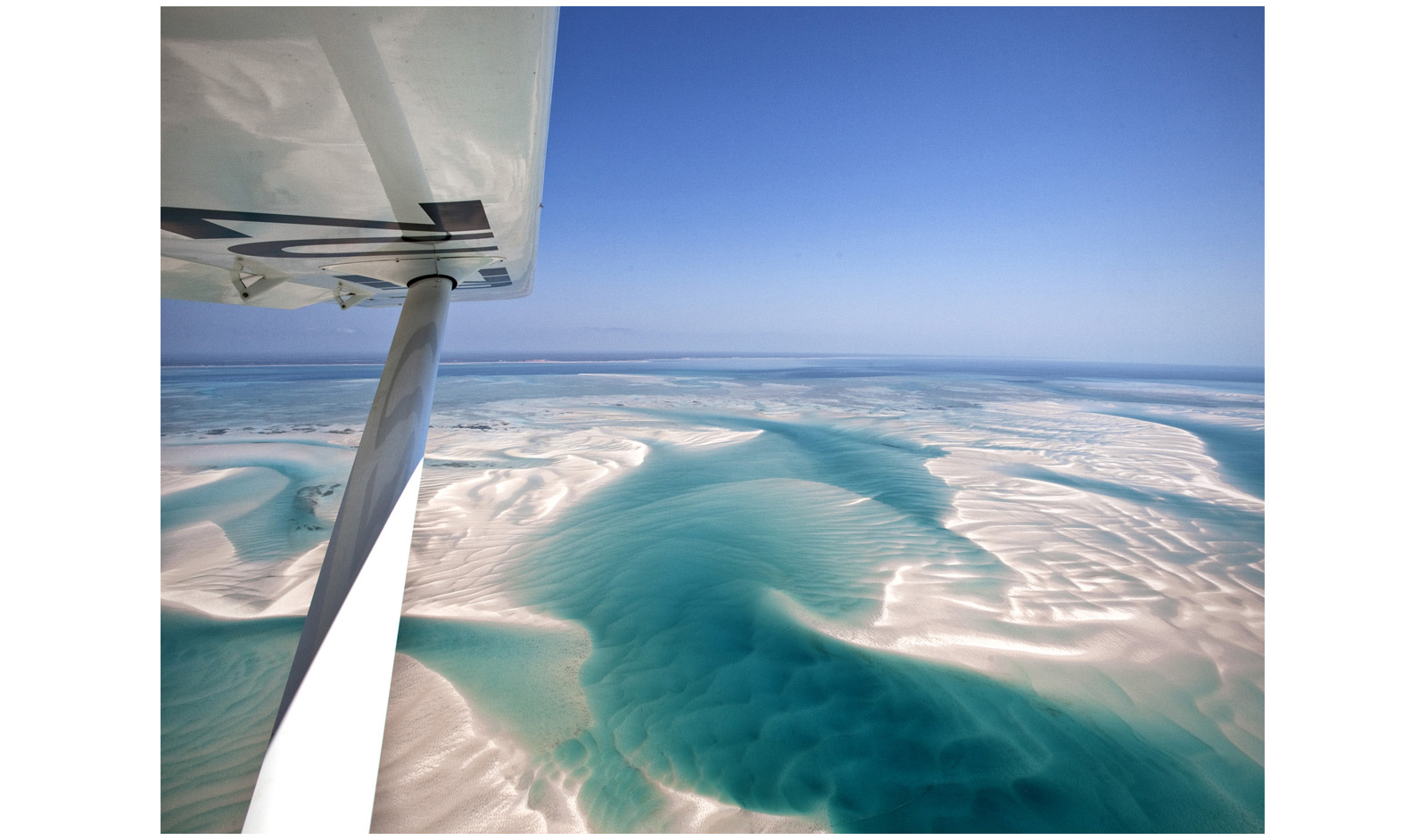 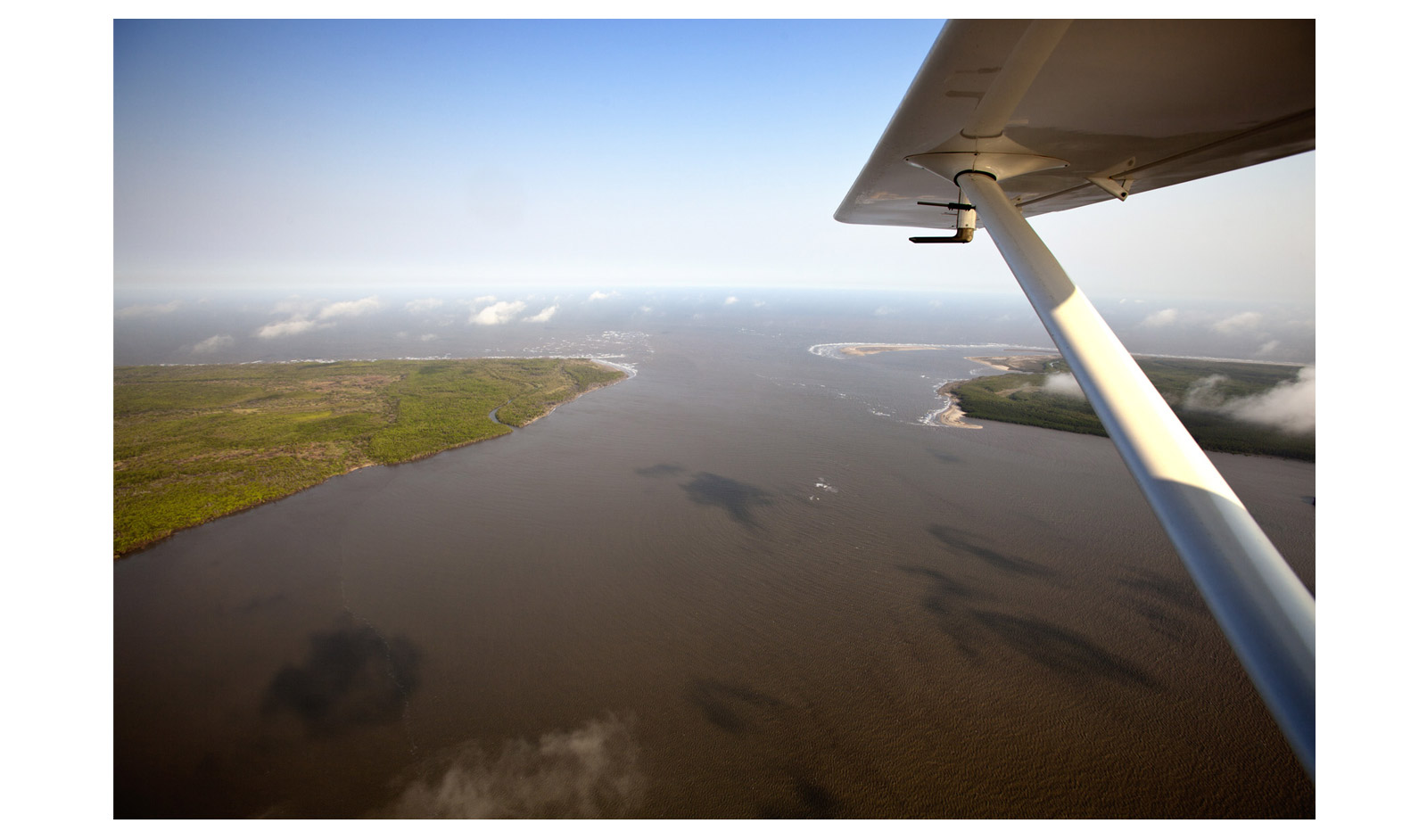 📷 Diary Entry – Meeting the Great Zambezi. “The flight up the coastline of Mozambique between Vilanculos and Pemba was awe-inspiring and daunting in its enormity. River upon river snaked through the dense green of the mangrove swamps and hardwood forests emptying spectacularly into the turquoise depths of the Indian Ocean. Emerald green and ochre brown fingers of freshwater met the salty blue sea having travelled countless miles through the old continent. The anticipation of flying over the Zambezi Delta was akin to the nervous expectation one might feel when about to meet some great soul; Mandela or Gandhi perhaps. As we glided over the vast and muddy depths of the Zambezi, we were silenced to the core. This river is the life and soul to all that it touches. Its massive presence changes you forever. I couldn’t help thinking that the last time we saw this juggernaut of a river, it was crashing in frothy mayhem through the jagged gorges of the Victoria Falls in Zimbabwe. Here is was again, giant and sloth-like, peacefully joining the ocean with no major fanfare. What stories it must have to tell.” Jay Roode 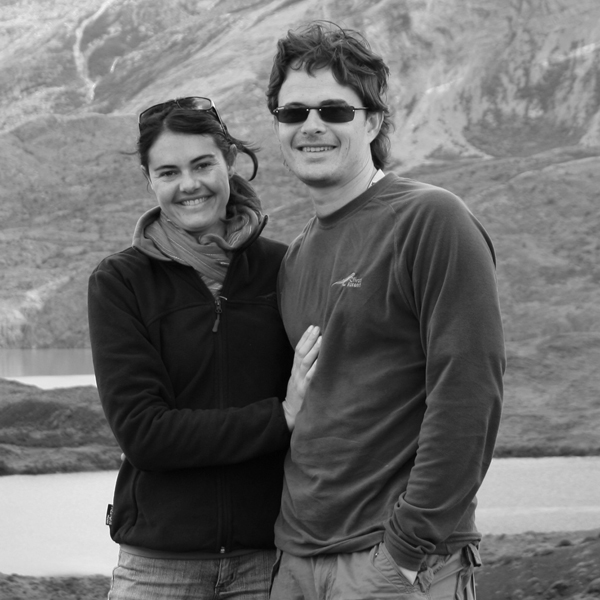 Led by their love of aviation, travel and conservation, husband and wife team JAN & JAY ROODE have flown over 50,000 nautical miles across Southern Africa’s deserts, vast plains and endless coastlines, capturing these great wildernesses from above. Their photography allows us to truly grasp the beauty and magnitude of the African landscape and most importantly will enable us to see whole landscapes and ecosystems as living, breathing entities to be conserved. By partnering with conservation organisations, Skyhawk’s images are used to raise awareness of the importance of conservation, and a percentage of the sale of each of Skyhawk’s Fine Art prints goes directly to an organisation working with the environment in the country in which it was taken.