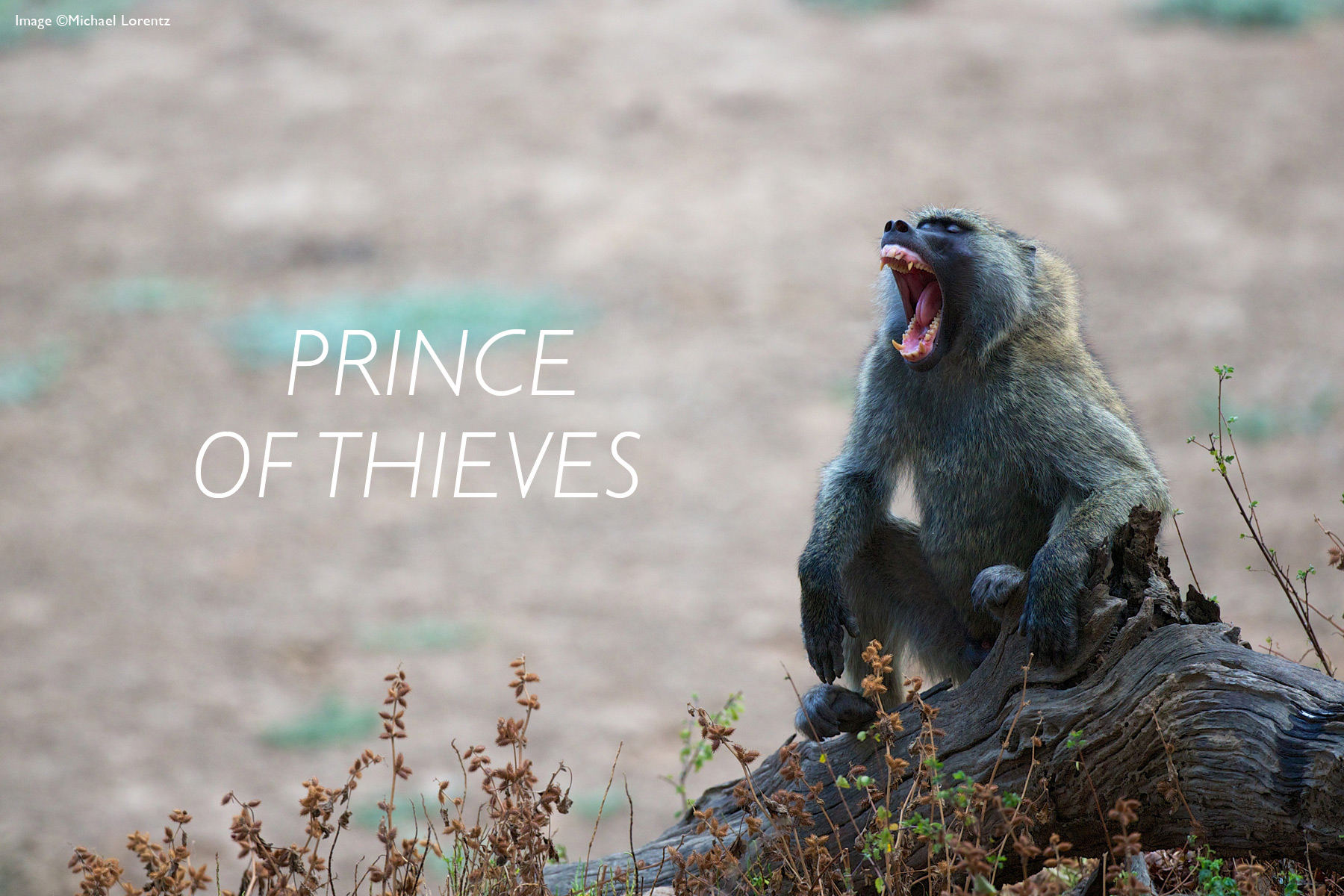 AN ODE TO THE CREATURE THAT PERFECTED THE SNATCH AND GRAB

‘I don’t like this situation,’ Heinrich, a South African friend said, as we crossed Victoria Falls Bridge. We were on our way back from watching the bungee jumping, a common stopping point for visitors at the falls, when a ragtag group of sinister looking specimens appeared, running full tilt in our direction. Fortunately, the gang of four took a quick turn into the nearby underbrush and disappeared through a hole in a fence. We breathed deep sighs of relief. ‘I’d sooner face a lion,’ Heinrich said emphatically. ‘At least you might fool one into thinking you’re as tough as they are.’

Whether in a city or deep in the bush, I can’t recall one African excursion that didn’t involve an encounter with baboons. A menace to travelers, locals and other wildlife alike, they are adaptable to almost any environment in sub-Saharan Africa. And should you run into any on your travels, best you give them a wide berth.
What arguably makes baboons one of the most dangerous of Africa’s wildlife is that they have little fear of humans. Their incredible strength notwithstanding, baboons are scavenging opportunists, preying on anyone not paying attention. If one were to collect stories from travelers who lost their food or belongings to a baboon, it might make for an entertaining read.

I remember one particular tourist who was victim to a daring daytime snatch-and-grab. He was standing amidst a group of friends in downtown Livingstone, eating a sandwich and holding it at his side while he engaged in social pleasantries. And those precious few seconds when his guard (and sandwich) was down was all it took. I watched the thief carefully pad up to the group, prop himself up on his hind feet, grab the poor man’s arm with one hand and with his other, seize the sandwich. What he did next came as more of a surprise to the astonished and bemused onlookers. Rather than running away from the scene of the crime, the baboon simply sat in place, calmly eating his prize, as if to say to everyone present, ‘Go ahead. Try and take it back from me.’ I shook my head, wondering if the laughing crowd had any idea how lucky they were not to have been injured.

Camping in South Luangwa National Park in Zambia a year earlier, I’d just returned from a morning walk to get some breakfast. I’d dropped my pack near the entrance to my tent. Turning my back for a post-walk stretch, a sizable male silently crept up behind me. It was only when I heard the zipper of my pack being opened and its contents spilling onto the ground that I realised what was happening. To my horror, the baboon had decided to help himself to an extra pair of long johns and a bottle of water before scrambling off at the sound of shouts.

One of the more nerve-racking encounters involved a shopkeeper chasing a baboon out of his store. Unfortunately, the owner succeeded in directing the startled beast straight toward me. Unable to think clearly I broke into a panic-induced sprint pursued by the charging baboon, hot on my heels before it eventually turned away. Though not funny to me at the time, the cartoonish sight of an angry shopkeeper chasing after a frightened baboon, who chased after an even more frightened foreigner, provided plenty of onlookers with a chuckle.
Despite of their annoying propensity to steal, I thoroughly enjoy watching baboons whenever I get the opportunity. Sure they aren’t as handsome as lions; not as exotic looking as their West African mandrill cousins; not as awe-inspiring as elephants. But they have an interesting and complex social hierarchy, quite noticeable too if you really take the time to observe them. Like people, they love to play, squabble with one another, groom, throw tantrums and relax when the occasion calls for it. They’re funny looking, incredibly intelligent and a unique part of the African experience. All-in-all, you really should take a moment away from the more majestic wildlife to get a good look at these oft neglected creatures of the bush. Just be sure to cling tight to your valuables. 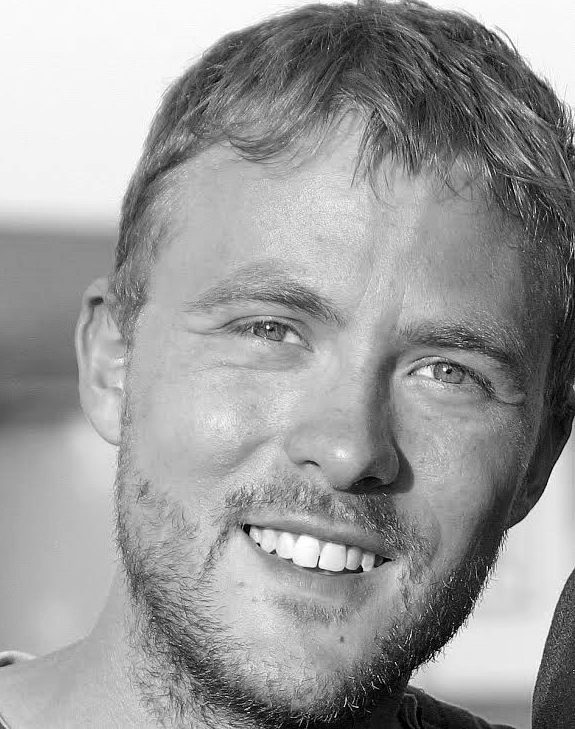 MICHAEL SCHWARTZ is an American freelance writer, consultant and member of the International League of Conservation Writers. His love of Africa began early in life and he has since traveled throughout the continent’s southern region. With a BA in Journalism and an MA in African Studies, he has worked as a project specialist and researcher for several USAID funded initiatives in Kenya, South Sudan, Uganda and Zimbabwe. He has also volunteered as a humanitarian in Malawi. An avid outdoorsman and photographer, Michael’s desire is to continue assisting in efforts to preserve Africa’s pristine wilderness and magnificent wildlife. Michael is the writer of this week’s African travel tale PRINCE OF THIEVES. You can view more of his work on his website. 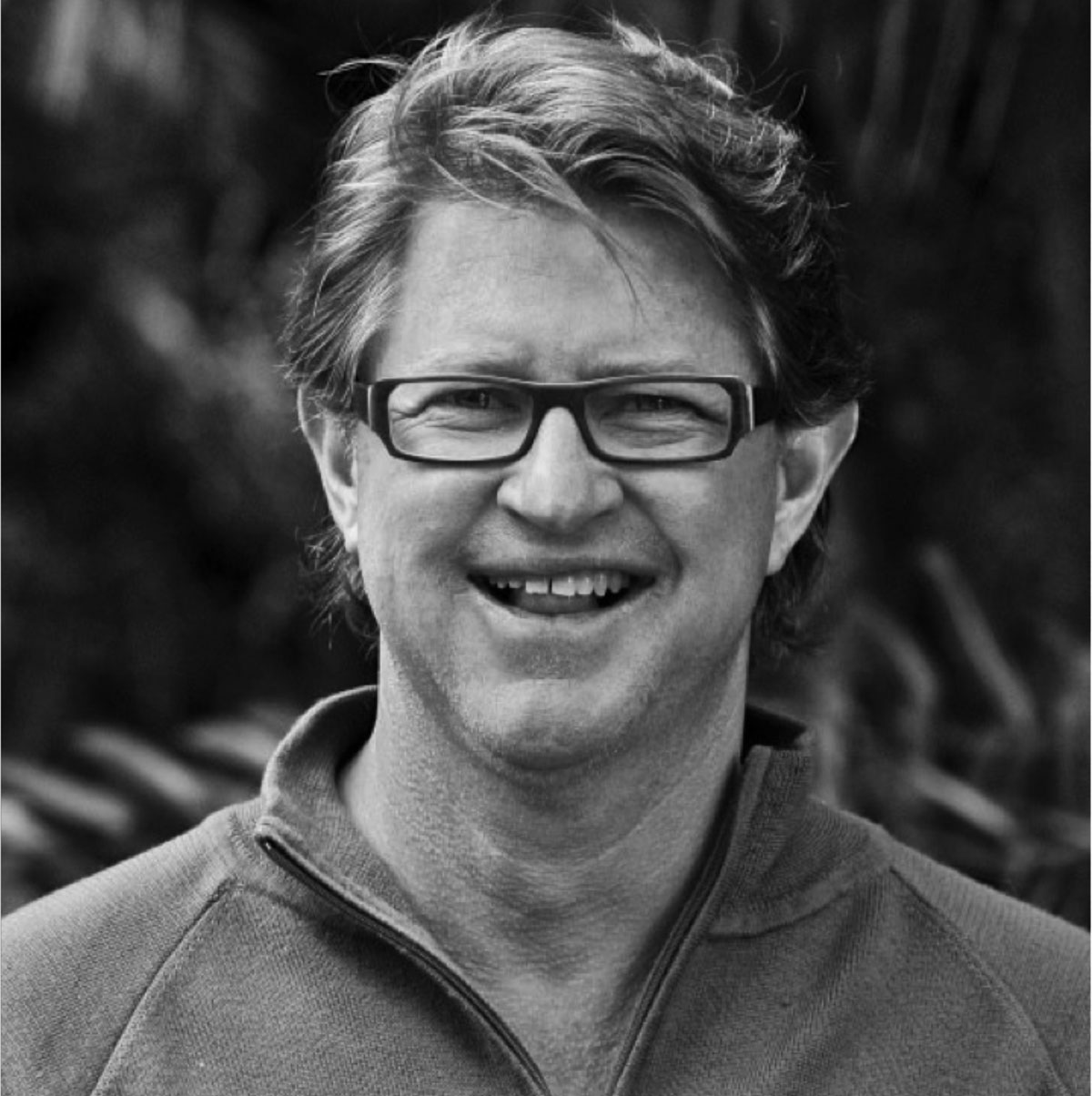 MICHAEL LORENTZ is passionate about wildlife, wilderness and elephants in particular. Born in South Africa, he knew from an early age that his true vision and happiness would lie in Africa’s wild places. A passionate and award-winning photographer, Michael’s work has been featured in several publications, as well as at the Smithsonian Museum of Natural History in Washington DC. Having guided for 26 years, this remains his first professional love, conducting safaris throughout Southern, East and Central Africa with his company, Passage To Africa. An accomplished naturalist and committed conservationist, Michael provides his safari guests with a dazzling insight into the intricacies of Africa’s wilderness. Michael’s photographs of Africa’s original troublemakers can be seen in PRINCE OF THIEVES.