Posted on December 11, 2015 by News Desk in the News Desk post series.
ShareTweetPinEmailShareShareLinkedIn

Only a fifth of the nine million species of animal, plant and fungus thought to occur on earth are known. The dragonfly species, including damselflies, are viewed as well-known. Nonetheless, 60 newly discovered species have been described by researchers, the greatest number of new dragonflies in about a century. Extract from: Science Naturalis 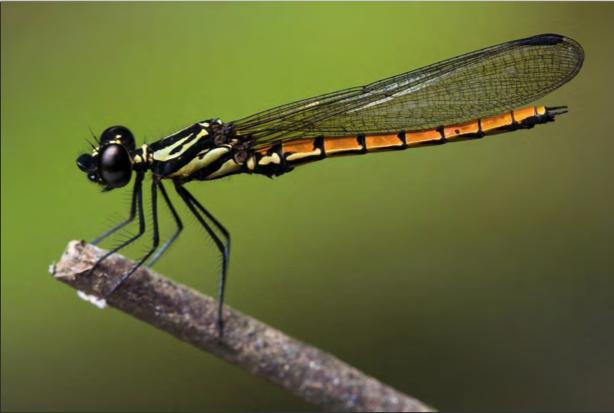 As dragonflies are good indicators of water quality, knowledge of these insects is important. The discoveries were published by three odonatologists (dragonfly experts) led by guest researcher KD Dijkstra of the Naturalis Biodiversity Center in a 230-page issue of the journal Odonatologica on 1 December 2015.

All dragonflies are bound to freshwater, which occupies less than 1% of the planet’s surface. Nonetheless, it harbours 10% of all animal species. As water is used so intensively, life is most threatened there. The beauty and sensitivity of dragonflies provide a perfect symbol of freshwater health and biodiversity. As freshwater is critical to both nature and mankind, so is knowledge of its dragonflies.

With this research, the number of dragonfly species known in Africa increases at once by almost 10%, from 700 to 760 species. Species discovery gives insight into the mystery and richness of nature. Only by knowing what lives can we know what to protect. This research shows how it is essential to recognise and name species, which is the science known as taxonomy.

“The current emphasis on molecular research creates the impression that the undiscovered life is inconspicuous or hidden, but each of our new species is colourful and easy to identify. It’s a matter of going outside and knowing what you’re looking for,” says Dijkstra. “It’s a biologist’s greatest importance today. Names introduce species to humanity. All awareness, conservation and research of nature starts with the question: which species is that?”

Species description requires much work in the field and museum. “Just now nature is under historic pressure, such research is getting less support,” says Dijkstra. “Nine of our 60 dragonflies were discovered by an employed biologist, all others in a teacher’s and environmental consultants’ free time. We see this effort as a call to science and the public: prioritise the search for unknown life before it’s too late. A quarter-million species could be gone in freshwater alone before they are known. Nature needs more explorers now!” Freshwater is under exceptional pressure in Africa. Of the predicted population growth this century from seven to eleven billion, four-fifths is expected to be in Africa. However, most biological research is still done in western countries. That knowledge must be shared and expanded with websites, handbooks, field guides and training. “An American private foundation is helping us take the first steps for African dragonflies. Developing expertise will increasingly require support from individuals and charities. Do we want the world to be aware and know everything about the ferns, corals, dragonflies and millions of other species with which we share the planet?”