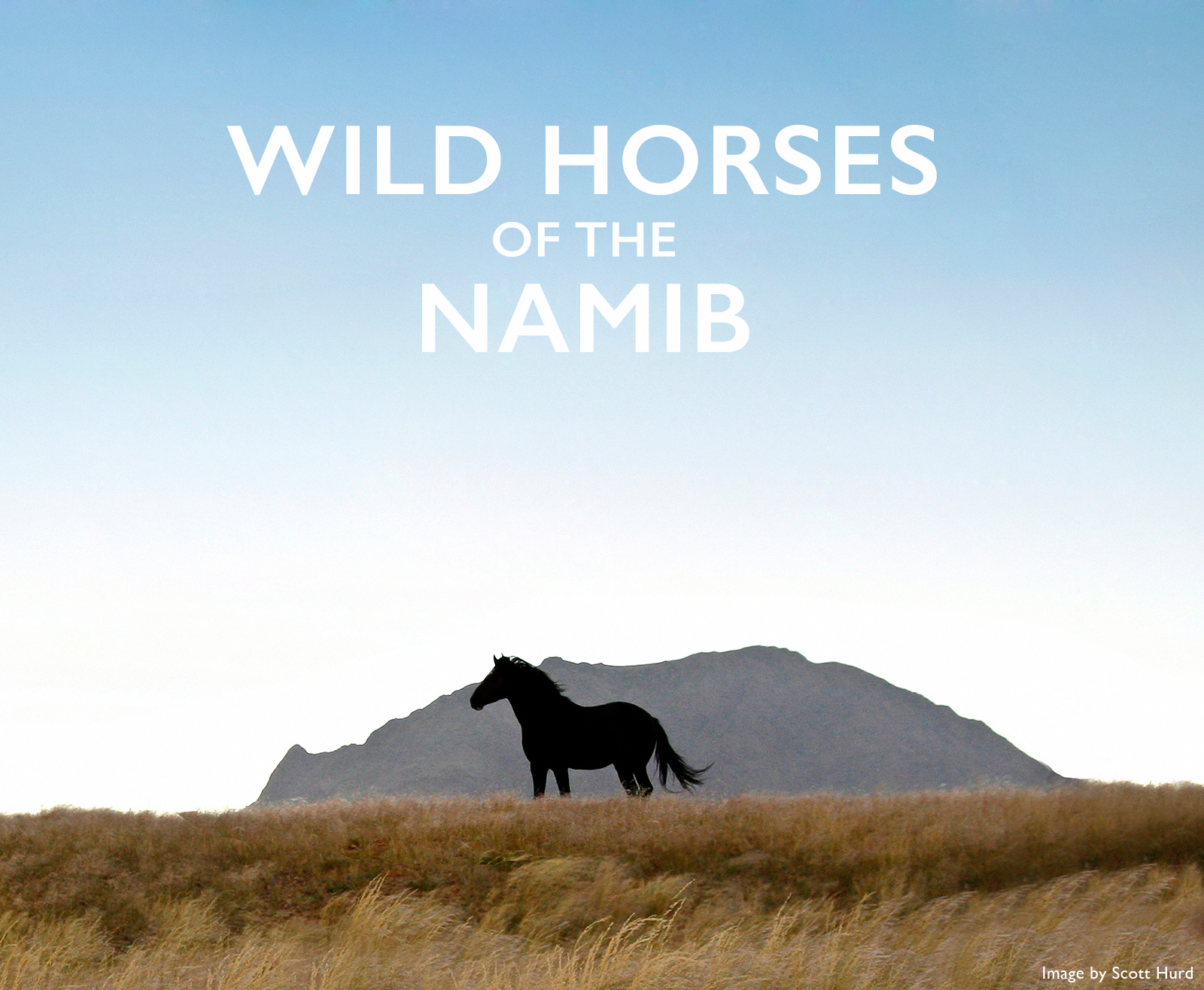 FROM DOMESTICITY TO FREEDOM IN THE DESERT

I struggled to wake up and keep warm. The searing desert temperatures had traded places with a blast from the South Pole. A layer of ice clung to the windscreen as we climbed into the vehicle at Klein Aus Vista, but it couldn’t dampen my spirits. I was going to visit the wild horses of the Namib Desert with Dr Telané Greyling, who has studied this particular population for over twenty years.
Having lived in the Namib for more than a century, the resilience and ability to adapt that ensured the survival of Equidae over aeons means these horses have made a home for themselves in one of the most unlikely places on earth.

With the exception of one population, all wild horses originate from domestic stock

Telané humbly avoids the limelight, but she is undoubtedly the most knowledgeable person on Namib horses and is a central figure of the Namibia Wild Horses Foundation. Recording births and deaths, she is able to identify every horse and knows the population intimately. When we arrived at the Garub waterhole in the pale morning light, a family group of horses was making its way to the waterhole, the golden sun anointing their manes and the dust exploding under their hooves. It is no wonder that wild horses all over the world elicit responses of awe – the horses exude a spirit of freedom only discernible in those creatures living on the wild expanses of the Earth.
They quickened their pace and began to gallop as they neared the water where they soon sated their thirst. In the distance, the next group began to appear like mirages. As the first groups moved off and disappeared into the hills, others arrived, and so it went for a while. I forgot about the icy wind while I absorbed this view of unfettered freedom. I soaked it up knowing that the flip face of reality is always hovering somewhere close by.

Eventually, the sun rose and the horses left the waterhole to be replaced with ostriches and gemsbok. Telané had been jotting down the morning’s activities. “There’s been a lot going on in the groups today,” she muttered as she scribbled. “Really?” I answered. I was blissfully unaware. Most people are unaware of the natural behaviour of horses. We rarely see breeding groups of stallions, mares, fillies, colts and foals interact, or groups of bachelor stallions and what Telané refers to as ‘outsider’ stallions that live on the fringes. I was about to receive my introduction to the lives of wild horses, living as they did before they were domesticated. It certainly was an eye-opener.

All the wild horses in the world, with the exception of a single population, originate from domestic stock. Horses were domesticated on the Eurasian steppes 5,000 to 6,000 years ago, and have been in service to humankind ever since. It was on the horse’s back that civilisation advanced. Countries were explored, wars were fought, agriculture and industry progressed at the expense of the horse’s freedom. The only horse population that was never domesticated, and still exists in its true genetic form, is Przewalski’s Horse or the Mongolian Wild Horse. Considered extinct at the end of the twentieth century, the small breeding herd that survived in captivity has since been reintroduced into its natural environment.

Over the next few journeys, I would begin to understand that there is a natural flux among the Namib breeding groups, like streams joining a river and diverging at a later point to converge again. It involves fillies dispersing from their natal groups, groups splitting and mares moving between stallions. We discussed dominance hierarchies, something that has long been taken as fact, but Telané has different ideas.

Unlike some of the pecking orders described in other wild horse populations, there is no set norm among the Namib horses. “It’s not black and white,” she told me, “it varies from situation to situation, and between groups. It also depends on the bonds between individuals.” I discovered that, unless stressed, the groups generally interact peacefully. When there is conflict among stallions, it is usually a matter of show with a lot of quick rearing without bodily contact or any real aggression. I puzzled over a question that is on the tip of many tongues: have the horses adapted physiologically to their environment or have they adapted their behaviour? Telané explained that they have learned to adapt their behaviour to their desert surroundings by balancing their drinking time with the time needed to find grazing. They have learned to tolerate levels of dehydration that a domestic horse would find extremely stressful.

That other big question, ‘Why are they in the Namib?’ soon crept into our conversation and Telané said it is likely that the Namib horses stem from two groups: Kubub stud horses bred for the diamond mines in the desert and the racecourses of Lüderitz that made their way from the Kubub farm to Garub during the tumultuous period of WWI; and military horses that escaped when the Union base at Garub was bombed by retreating German troops. These two groups would have gathered at Garub borehole, the only permanent source of water in the area and the crucial link to their remarkable story of survival.
We drove to the old windswept borehole. It had been maintained by South African Railways, with the support of Consolidated Diamond Mines, until a portion of the Sperrgebiet – the restricted diamond mining territory, which had protected the horses for so many years – became part of Namib Naukluft Park in 1986. A few years later new water troughs were built four kilometres to the east where the Garub viewpoint is today.

Being wild means living according to the seasons, be it drought or rain

It hasn’t been a life of luxury for these horses, whose genes have been tempered by the harshness of the environment and the droughts in the desert, keeping the numbers at an average of 200 horses. Media coverage during the droughts of the 90s brought them into the spotlight when photographs of gaunt horses were splashed across the newspapers. Grandmas reached into their pockets and children into their piggy banks to purchase lucerne. But it also brought a harsh fact of life to the fore, that being wild meant living according to the seasons of the land, whether that is years of rainfall and plentiful grazing or periods of drought and hunger.

Concerns raised after the drought led to a workshop in 2005 where experts from diverse fields spent days discussing to gain a clearer picture of the situation and formulate a management plan for the future. They arrived at the conclusion that continual monitoring is needed, and recommended a policy of minimal interference except in cases of severe drought where intervention could be contemplated if the population dipped to a point where it would affect the genetic diversity, or if it rose above the carrying capacity of the land. It was realised that supplementary feed may be needed in times of drought as fences block optimum grazing and natural water holes. Interestingly, Telané has conducted further in-depth research as part of her doctoral thesis which establishes that the horses do not displace or negatively impact the indigenous flora or fauna in any way.
The wild horses, or “Namibs” as they are sometimes called, have become increasingly popular. They have also become synonymous with the rugged allure and beauty of Namibia, its wide-open spaces and the spirit of freedom.

It has been several years since I first watched the horses on that chilly winter’s day. In the interim period, the desert was blessed with a carpet of green grass. During that time of abundance, the horses spent more time relaxing near the waterhole with no need to travel long distances to search for grazing and they became more habituated to people at the hide. Circumstances then changed and only a sprinkling of rain has graced the land over the last two years. Once again, we are experiencing a drought. The old or sick horses and the newborn foals have died or been targeted by spotted hyenas. A few have also been struck by vehicles on the road that cuts through their area. I helped move an injured foal off the road as its mother called for it from the fields, and I hoped it would be spared. It survived for a while but then disappeared, becoming part of the perpetual cycle of life and death in the wilderness.
A few months ago I packed up camp early, before the heat began to beat down with a vengeance, and made my way to the Garub viewpoint. As the sun began to colour the dry earth and light up the horses approaching from the far hills, I heard a car pull up. It was Telané. We sat together in the hide and watched the wild horses gallop to the water with a life-affirming energy and presence. Life carried on. 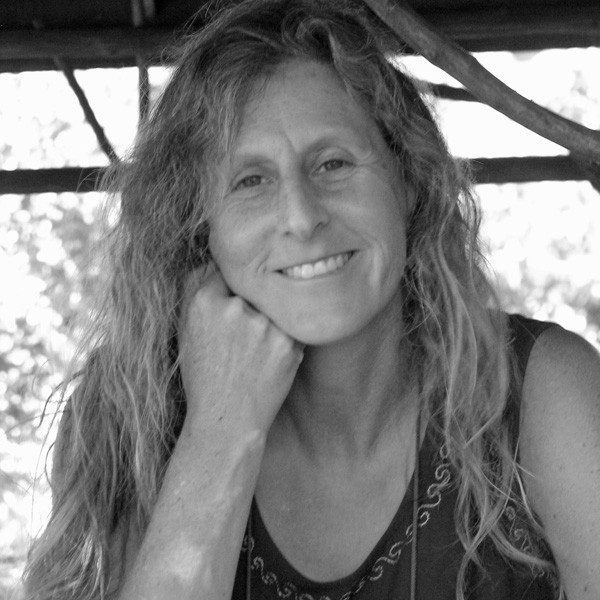 RON SWILLING is a freelance writer regularly featured in travel and outdoor magazines in South Africa and Namibia. Her work has also recently appeared in the books Road Tripping Namibia and Wild Horses in the Namib Desert: An equine biography. She is drawn to Namibia where she revels in wide-open spaces, free-roaming wildlife and extraordinary scenery that overturns conventional expectations, inviting a different view of reality. Ron’s travels lead her off-the-beaten-track to discover diamonds in dust, unspoiled nature and freedom in never-ending landscapes. 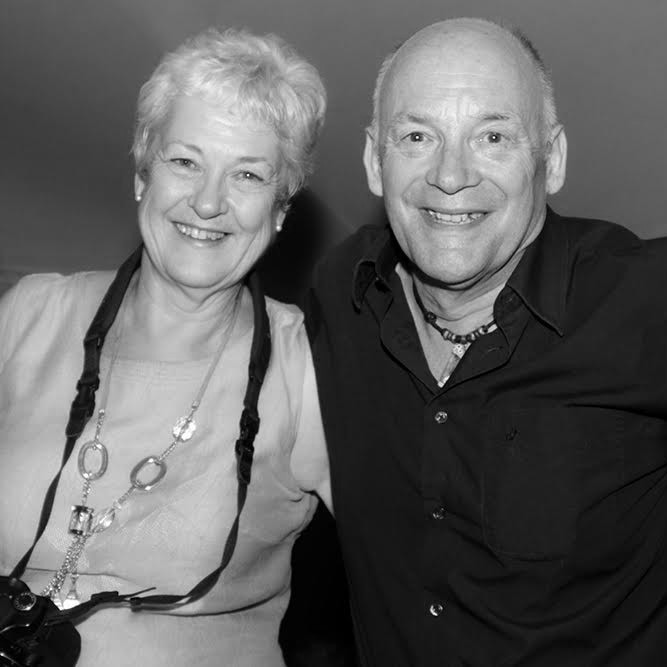 JUDY AND SCOTT HURD are a team of photographers living in what they see as the most photogenic country on the planet, Namibia. Working in a sparsely populated region they take on a wide variety of assignments ranging from lodge and hotel work to mining. They have just completed an eighteen-month contract covering a new gold mine From Bush to Gold. They love wedding shoots but tend to avoid them as they want each to be special – for them as well as for the couple. The wonderful wildlife and conservation work (vultures, pangolins and desert horses) is the icing on the cake. They have worked on a number of shoots alongside the desert-adapted horses, including the first complete set of identity pictures.