Madagascar is a place like no other. It’s like mother nature went into a frenzy during some secret experiments in the basement, and then tried to hide away the resulting bizarre assortment of flora and fauna on this magical island, only for the eyes of those really intent on seeing it.

Here is a small assortment of some wildlife oddities that I have come across on this island of marvels. 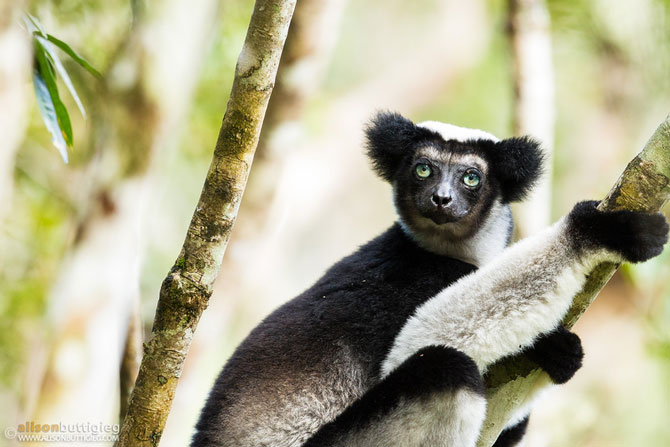 The indri is Madagascar’s largest lemur. Its appearance is striking, especially its soulful eyes. But the real surprise is that they sing! Their song is very loud and mournful – haunting even – a bit like the sound of whales. There are many local beliefs surrounding the indri, but my favourite one is a story of two brothers who lived in the forest: One of the brothers left the forest to cultivate the land and became the first ever human. The brother left behind in the forest became an indri and he wails in mourning for his brother.

Well if one lemur sings it should not be too surprising that another one dances. The Verraux’s sifaka is highly specialised for arboreal life and cannot walk or run on all fours like other lemurs, so when they cannot jump from one tree to the next they hop on the ground upright on their hind legs, which totally looks like they are dancing! 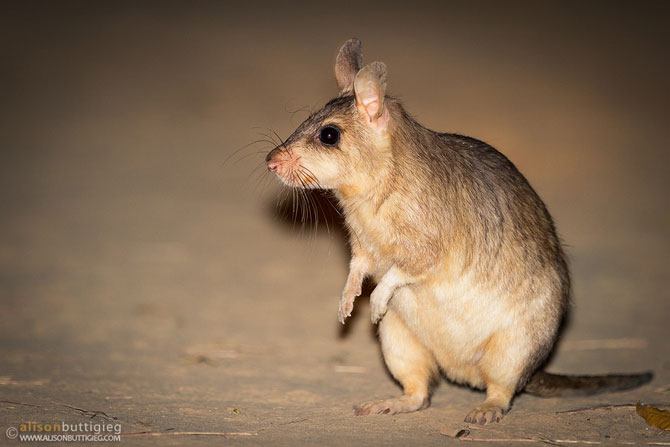 This is one of the oddest but most delightful creatures I have ever come across. The giant jumping rat looks like a bizarre cross between a rabbit, a kangaroo and a rat. You will wonder if you have accidentally hit your head when you see a group of these gigantic rodents hopping merrily around you – they happen to be the size of rabbits. 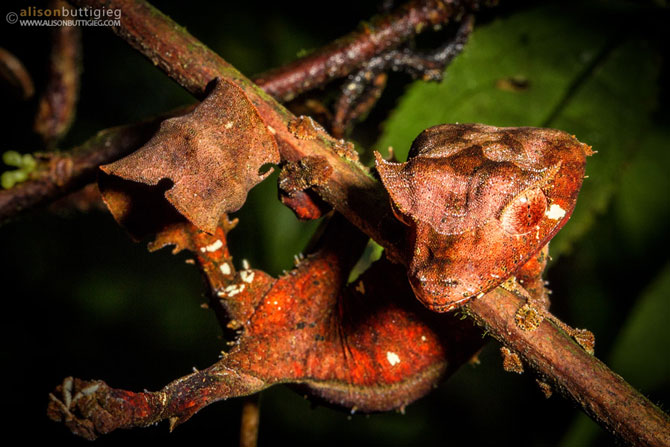 If I had to give a prize to the best named creature in Madagascar, it would be for this tiny master of disguise… the satanic leaf-tailed gecko. At first it looks like a dry leaf, until you realize it is looking at you, and rather scornfully too. It truly looks like satan’s little sidekick sent from the dark side. 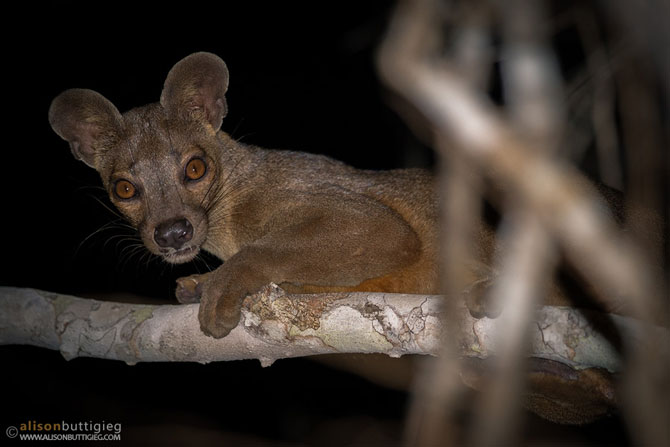 The fosa is Madagascar’s largest land carnivore. A lithe but muscular body combined with a very long tail and spectacular agility, especially in trees, make it the perfect lemur killing machine. Its appearance is familiar yet strange at the same time, just as one would expect from the most feared predator on this weird and wonderful island. 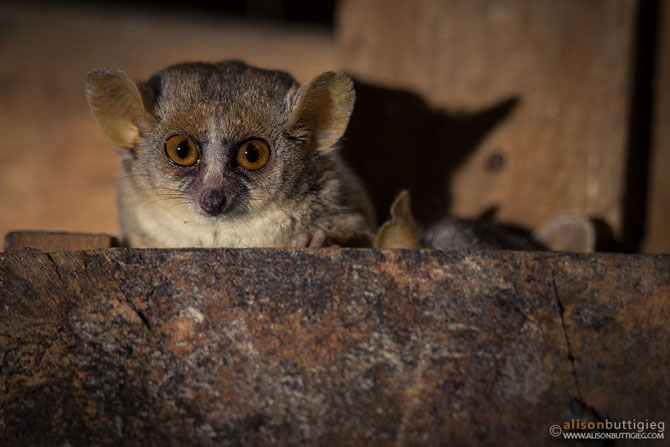 Lemurs occupy many ecological niches and come in various shapes and sizes. I have already written about the largest, so here is a fun sized bundle of cuteness – the tiny nocturnal mouse lemur. By the way these pictured gray mouse lemurs are wild, but they think the camp restaurant’s wooden pillars make an awesome human observation post. Best post dinner entertainment ever! 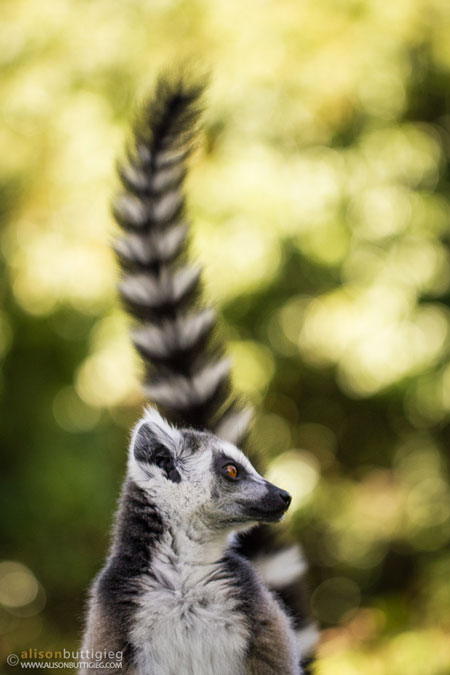 How do lemurs settle conflicts? If you are a ring tailed lemur the answer is a stink fight. They rigorously rub their tails with their wrists which have special glands secreting a pungent smell. Once the invisible but smelly war paint is applied, off they go waving their luscious tails menacingly at the perceived threat.

Almost half of the world’s known species of chameleons live in Madagascar. From the largest to tiniest, and all the shapes and colours imaginable. Keep your eyes peeled and don’t step on the smallest species, the Brookesia. The locals believe it will bring you great misfortune. But this is easier said than done considering they will play dead to look like a fallen leaf when frightened. The Brookesia chameleon is pictured here on the right with Madagascar’s largest chameleon, the Parson’s, on the left. 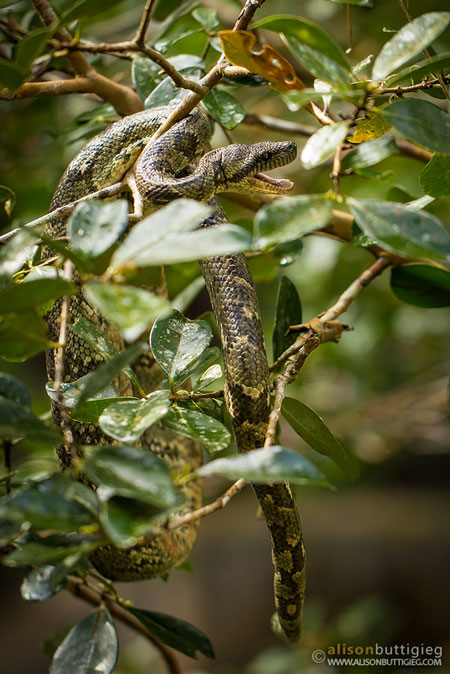 Well what’s so weird about this perfectly normal looking boa constrictor you may ask? The answer is that this is a boa constrictor. So? Its nearest relatives are found in South America! Mainland Africa has no boa constrictors at all. How did they get here? The scientists are baffled, but the locals have the answer; they believe the boas are incarnations of grandmothers! 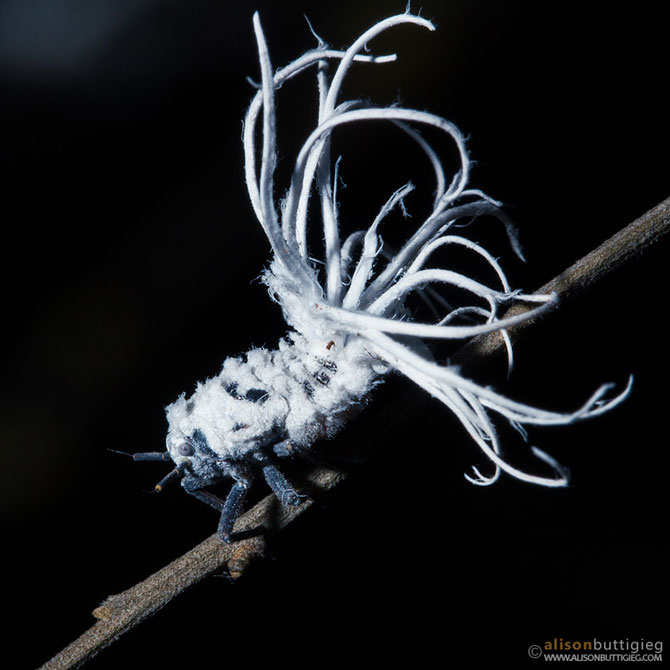 To me these nymphs look like they are little fancy brides. Or else lace decorations for trees. Now back up to the cute mouse lemurs mentioned above. A species of mouse lemur feeds almost exclusively on honeydew produced by these bugs, and these bugs live exclusively on one species of liana. How’s that for a delicate balance?

I am a full-time IT Consultant based in Helsinki, Finland, but I moonlight as a wildlife photographer whenever I can take time off work. I have loved animals since I was a little kid and my biggest wish was to see lions in the wild in Africa. Now, I have a perpetual case of Africa Fever, and when I am not in Africa chances are I am dreaming about it – so some things never change, but they do become more acute! I have travelled to over 40 countries spanning 5 continents, and recently I discovered that the only other thing I love almost as much as being on the road is sharing pictures and stories of my forays into amazing places around the world. To know and see more please visit my website.