They’re not everyone’s cup of tea, but like them or not, you have to admit that hippos are interesting creatures. Makakatana Bay Lodge have put together an interesting list of facts about these burley beasts.

Hippopotamuses are found in Africa. The name hippopotamus means ‘river horse’ and is often shortened to hippo.

The hippo is considered to be the third largest land mammal in Africa (after the White rhinoceros and elephant). 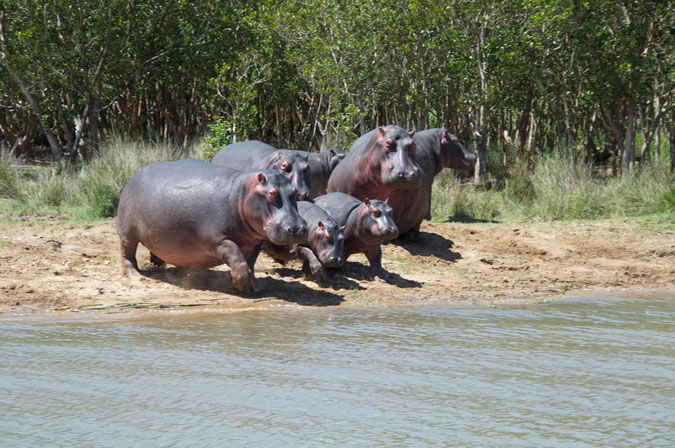 Hippos have a gestation period of about eight – nine months and give birth in water. A baby hippo, also known as a calf, weighs up to 45kg at birth. Calves suckle from their mother under water. A female hippo only has one calf every one to three years.

Hippos have short legs, huge mouths and a bodies shaped like barrels. Most people think that because they might look a little chubby, that they are slow, docile animals – but they can easily outrun a human and are one of the most dangerous animals in Africa. Hippos can be extremely aggressive, especially if they feel threatened

The closest relations of the hippo are surprisingly cetaceans such as whales and dolphins. Scientists believe this family of animals diverged in evolution around 55 million years ago. 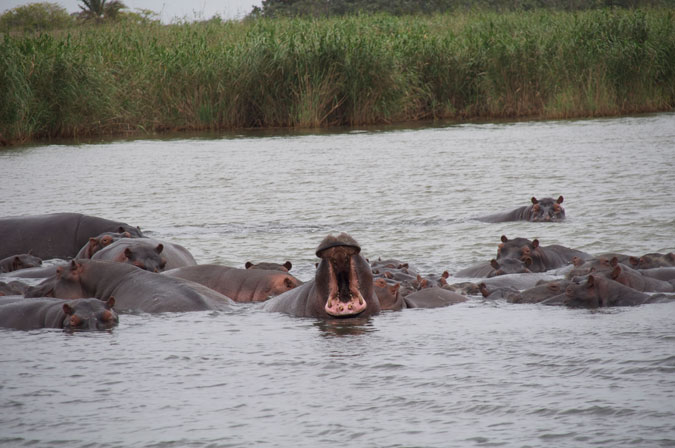 Hippos are threatened by habitat loss and poachers who hunt them for their meat and teeth.

A group of hippos in known as a ‘herd’, ‘pod’, ‘dale’ or ‘bloat’. They are social animals living in groups that can grow very large up to +/-80 members. The pod is controlled by a dominate male bull. Hippos typically live for around 45 years.

Hippos are classed as grazers as they eat up to 35kgs of grass in a 24hour cycle. A fully grown adult hippo can weigh up to +/-2000kgs.

During the day they can be found in the water (if they stand out in the sun for too long their skin gets damaged) and come out at night to feed when the sun has gone down.

Makakatana Bay Lodge is a luxury 4-star rated lodge, situated on the banks of Lake St Lucia, the largest marine lake in Africa in South Africa’s iSimangaliso Wetland Park World Heritage Site. The lodge is run by the owners who are now the fourth generation family to live at Makakatana. Visitors have access to vast wetlands, undeveloped beaches and incredible wildlife.