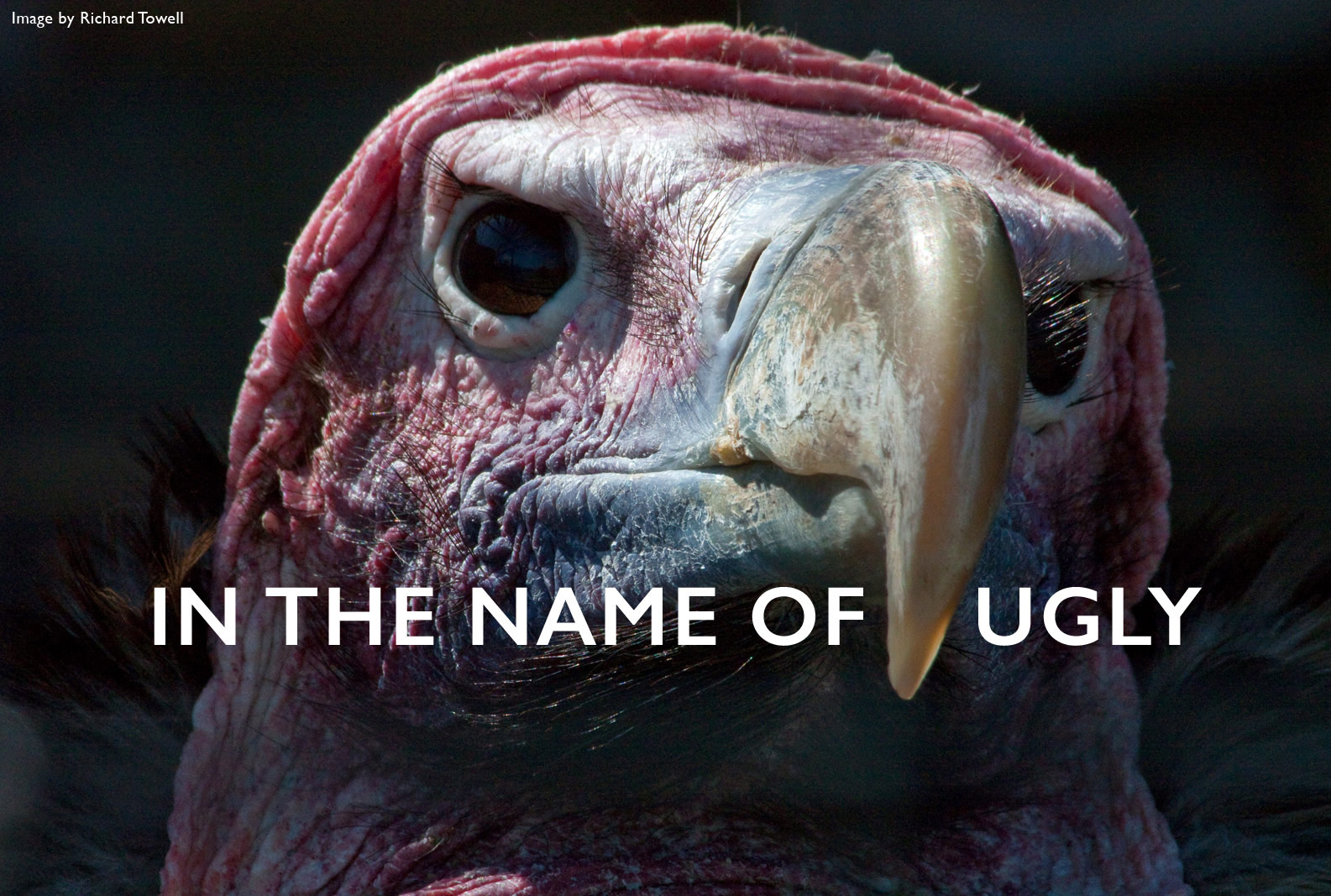 THE FACES ONLY MOTHERS COULD LOVE NEED SOME LOVING FROM YOU

Not all species have been blessed with the cute face of a panda, the power of a rhino or the majesty of an elephant. More often than not it is these aesthetically pleasing animals that get the most attention from the general public while the less attractive species are often overlooked. Yet some of the species we have an aversion to are indispensable to human beings and form a fundamental part of our ecosystems.

The plight of rhino and elephant due to the poaching crisis has taken over the media in recent years, and rightly so. However people tend to overlook those less charismatic species, hidden in the soil, trees and plants that are also threatened and need to be protected. Bees, worms, vultures, bats, dung beetles and ants are just a few species that are suffering, yet they have found little sympathy from the general public. After all, why concern oneself with something you cannot relate to or would rather not see? The answer is simple: these species form the very basis of our ecosystems. Without them animals further up the food chain, including humans, will start to suffer as our ecosystems crumble and are unable to sustain us.

Without the dung beetle, Ngorongoro crater would be a virtual cesspit

Take the dung beetle for example, an insect that is not only crucial to ecology, but also to our economy. By restoring nutrients back into the soil it helps improve the soil structure. Studies estimate that dung beetles contribute approximately $380m each year to the American economy as the work done by dung beetles increases the available acreage for cattle production by an estimated 5-10%. Dung beetle expert Dr Joan Jaganyi says that the number of animals per square kilometer that produce dung is far greater for Africa when compared to north America. The higher temperatures in Africa means the beetles reproduce faster and are more efficient at nutrient recycling and contribute to improving yields in pasture, grasslands and rangelands utilised by domestic animals and wildlife; while at the same time, reducing the impact of disease causing flies and other insects that would breed and flourish in the dung. The disappearance of this insect may not necessarily leave a void in our hearts but it would most definitely leave one in our ecosystems.

‘Vultures are the most important
species, along with bees’

Vultures are also highly important for our economy and environment, yet they have sadly developed an evil connotation by being depicted as the ‘bad guys’ in movies.
‘They are one of the only animals immune to diseases such as anthrax, rabies and botulism. If other birds were to eat a dead and sick animal in 30 to 60 minutes they would start to spread diseases,’ says Maria Diekmann, founder of the Rare & Endangered Species Trust in Namibia. ‘Vultures form a fundamental part of our ecosystem because they help dispose of carrion that would otherwise be a breeding ground for disease.’
Yet today thousands of vultures are being killed, with the Namibian population of Cape Vulture having decreased by 50-80% in the last three years. ‘The biggest problem has historically been farmers who put poisoned meat out for carnivores. This resulted in the poisoned carcasses being eaten by hundreds of vultures, and populations decimated. Today another major problem has sprouted as elephant poachers have realised that vultures circling above poached mammals give their location away, so they have started to poison the carcasses to remove vultures from the environment,’ says Diekmann. ‘I would say that vultures are certainly the most important species, along with bees.’

Professor Dave Goulson, founder of the Bumblebee Conservation Trust, backs this up. ‘About 80% of all the flowering plants on Earth need animal pollination, and the majority of this is done by bees of one sort or another. Of course this includes many of our crops; without bees we wouldn’t have tomatoes, runner beans, blueberries, raspberries, peppers, courgettes or blackcurrants, to name just a few.’

The population in bees has seen a drastic decline and although there are multiple reasons for this, the main threat facing wild bees is a shortage of suitable food and nesting habitat. Goulson believes that if people were to plant bee-friendly flowers in their gardens, and move towards more sustainable farming methods that are less dependent on heavy use of pesticides, the future would look much brighter for our bees.

Sadly this is easier said than done. ‘People are very “size-ist”. We are naturally drawn to large, cute, furry or feathery creatures; so much conservation effort is focussed on pandas, polar bears and ospreys. These creatures may be wonderful, but actually they are much less relevant to human wellbeing than the humble bee,’ Goulson says.

Pandas are not the beginning and the end

Biologist Simon Watts, founder of Ready Steady Science and author of The Ugly Animals: We Can’t All be Pandas, acknowledges that it is very hard to make people love things that are ugly, but that people need to realise that pandas are not the beginning and the end. In fact they are used as an ‘ambassador’ to help conserve the wider bamboo forests of China, and as a symbol for wildife protection in general as is the case with the World Wide Fund for Nature logo.
‘If we can get people interested in loving those species that are beautiful and charismatic we can use this to help conserve the wider picture. Conservation organisations use an animal as a poster to protect their habitats which are home to thousands of other species, ugly or not,’ Watts says.
Watts believes that beautiful animals help tap into people’s hearts, allowing them to appreciate and love nature. ‘The truth is that charismatic creatures are an easy sell. They help to cultivate a love of nature and love cultivates hope. Where there is hope there is a wish to help.’

Bats save us more than $3.7 billion every year

‘Then there are those keystone species that, if you were to remove them from the environment, will cause our ecosystems to fall apart. The best bet to save these species would be through habitat preservation. If we look after the habitats then everything else will take care of itself.’
Bats are one of those ‘keystone species.’ They may not have been blessed with the best of genes when it comes to their appearance, but looks are deceiving as they play a fundamental role in the health of our natural ecosystems, human health and economies.
Micaela Jemison, Communications Manager of Bat Conservation International says that without bats the world would be a ‘very different and a much poorer place.’ Bats are crucial in our ecosystem as they help control insect populations, pollinate plants and disperse seeds. Scientists estimate that bats are worth more than $3.7 billion a year in reducing crop damage and pesticide use. Yet sadly, the world has become a very dangerous place for these animals, with their unusual looks working against them.

This negative attitude towards bats may stem from the difficulty many people find in comprehending their “unusual” physical form. Seen as ambiguous creatures, both flying like birds and possessing hair and teeth like mammals, people struggle to identify with bats,’ Jemison says.
Another keystone species that lacks the charisma to win people’s hearts is the great white shark. Dr. Andy Cornish, Leader of WWF and TRAFFIC Shark & Ray Initiative, believes that humans tend to be more interested and compassionate about animals that appear to have complex behaviours, such as tigers, and that the public perception of great white sharks is that they are simply “eating machines”.
‘The film Jaws has created a huge negative perception of the species, which has lasted for decades,’ says Dr. Cornish. ‘So much of man’s ignorance and mistreatment of the ocean is due to the simple fact that we can’t easily observe the underwater realm with our own eyes, and research on the great white shark has actually shown that they are complex and intelligent animals.’

A decline in white shark numbers will upset the marine ecosystem

Although this species is listed as vulnerable to extinction on the IUCN Red List, Dr. Cornish believes that attitudes towards the species are improving in countries like the US and Australia where they have started to receive a lot of media and public conservation attention. As one of the most important apex predators in marine ecosystems, great white sharks play an important role in maintaining food webs, however they still face a number of threats mainly through fishing (commercially, caught as by-catch and sport fishing). They are also sometimes deliberately killed to reduce the chances of them harming humans near the coast. ‘Great whites are not common, and this, combined with a low reproductive rate means that even low rates of fishing can cause population decline,’ Dr. Cornish says.

Experts do not quite know what would happen to the overall marine ecosystem if great white sharks were to decline to such a degree that they lose their functional role in the ecosystem. ‘What does seem very likely is that the marine ecosystem will become unstable as predated species like seals increase in number, and the seal’s prey then decreases and so on, in a wave that is very difficult to predict as marine ecosystems are so complex,’ Dr Cornish explains. ‘What we can be more sure of (in a general way) is that the impacts will mostly be negative, including that populations of some of the species of fish we like to eat will decline.’
While the aesthetically blessed species may attract tourists to game reserves and make our world all the more colourful and beautiful, it is those uglier species which often go under the radar that form the basis of our ecosystems. It is the worms, ants and dung beetles that restore our soils and allow crops to cultivate. It is the bees and bats that pollinate our crops and provide us with food, the vultures that reduce the spread of diseases and the great white sharks that help keep our marine ecosystems in balance. These species will most certainly not win the beauty contest, but when it comes to ensuring that our ecosystems, economy and environmental health are kept intact, they really do deserve first prize. 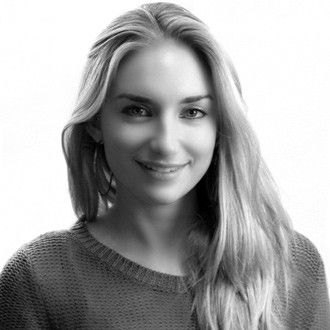 SARA MIZZI is an international freelance nature and wildlife conservation writer. She is a member of the Royal Geographic Society and Environment Trust and has written a number of articles on numerous species for international magazines and newspapers including National Wildlife Federation, Africa Geographic, Wild Magazine and The Sunday Times.​ Follow her writing on her website.