Posted on May 18, 2018 by Africa Geographic Travel

June signals the beginning of the peak safari season, although the high visitor numbers of July and August are still a month away.

The rainy season in southern Africa is in the rear-view mirror, the temperatures and humidity are lower, and it’s all systems go for another cracker safari season. The deciduous bushveld trees start shedding leaves, the previously verdant green grass and shrubs have reverted to dry stalks, and it is now far easier to spot those elusive leopards and lions. By contrast, East Africa is still enjoying its main wet season, with frequent afternoon showers to cool things down.

Don’t be surprised by the chilly nights and early mornings, especially at high altitudes and near water – and bring warm clothing for those times of your safari day. But for the rest of the day, short sleeves are still the norm, with comfortable daytime temperatures in the mid to late twenties (Celsius). Also, expect more dust in the air than during the wet season, so be sure to bring protection for your camera equipment. Many of those pesky mosquitoes and other insects have largely disappeared, and although the risk of malaria is lower during the cool dry months, we recommend that you still take precautionary prophylaxis during this period. Read this article for a complete safari packing list and this article for more about the seasons in Africa.

The lack of rain combined with the drying up of temporary groundwater sources (pans, wallows, non-perennial rivers etc.) results in animals having to frequent permanent water sources such as perennial rivers, dams and deep pools. Many species such as elephant, buffalo, wildebeest and zebra that fan out during the wet months into the vast, remote backcountry now start returning to areas nearby the tourism lodges – bringing the predators with them. This concentration of wildlife near water sources makes their movements more predictable, meaning that your guide will have an easier time finding them for you. Read this article about finding more affordable lodge accommodation based on the time of year: How to find luxury safari lodges at a discount.

Of course, there will be exceptions to these seasonal norms – including Cape Town and the Garden Route, where the Mediterranean climate brings wet and cold weather in June.

Places to consider for your June safari

June is a great time to visit the Greater Kruger National Park in South Africa, especially in the early weeks of the month – before the onset of local school holidays and the prime international safari season. We recommend the private reserves on the western edge of the park, where privacy and lack of crowds add to the experience, and excellent guiding increases your chances of spotting the Big 5 (lions, leopards, elephants, rhinos and buffaloes).

Also in South Africa, we highly recommend a safari to Madikwe Game Reserve in June. Not only is this a malaria-free area, but it is also an excellent place to spot the Big 5 and other sought-after species such as cheetahs, wild dogs and brown hyenas.

June is also a great time to visit just about anywhere in Botswana. The annual floodwaters are seeping into the Okavango Delta from their origin in the Angolan highlands. Although they are not yet at their peak, there is enough water to experience the magic of this water wonderland. The drying up of temporary water sources from rainy season downpours throughout Botswana means that wildlife is starting to congregate at permanent water sources such as the Chobe River and perennial rivers feeding the northern floodplains.

In Zambia, floodwaters from the annual deluge of rain that makes much of the country tough to access for 4-6 months of the year have receded, and areas such as the Luangwa Valley and Kafue National Park are now open for business. The seasonal bush camps of South and North Luangwa National Parks are a particular treat for seasoned safari-goers and walking safari enthusiasts.

That fantastic spectacle, the Great Wildebeest Migration, is moving northwards through the western corridor of Tanzania’s Serengeti National Park and approaching the dramatic Grumeti River crossings.

Maasai Mara in Kenya is also a good bet (at any time of year) because even though the migration has not yet arrived, resident predators and prey species are plentiful, and the hordes of tourists have not yet arrived. 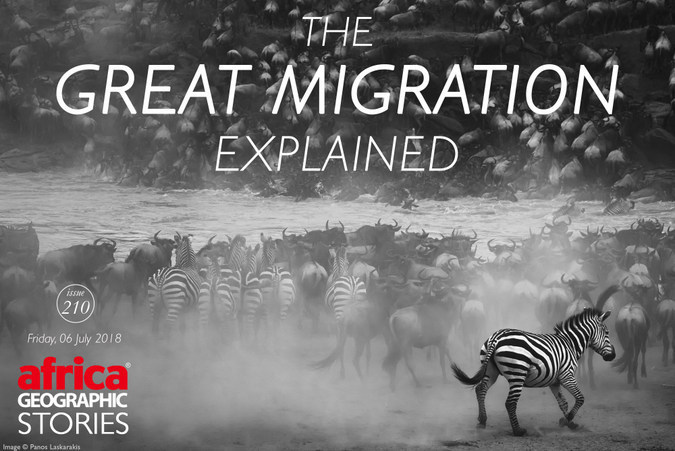 For lowland gorilla trekking, head out to Odzala-Kokoua National Park in Congo and take advantage of the dry season to tick of these gentle giants plus other specials such as bongos, forest buffaloes and forest elephants.

For bird-watchers, June is a time of plenty in Uganda and Rwanda. The short rains have ended, and Albertine Rift endemics are there to be ticked off.

Highly sought-after avian jewels such as green broadbill and green-breasted pitta are breeding and easier to locate.