We were not even a whisper of breath past Mtwara cityscape when we started hearing the blasts. At first it was just a faint muffled ‘da-doom’ sound.

The dive sites we had picked along the coastline were dotted with fishing vessels sliding up and down the coastline, their hand lines and fishing nets in tow. As we were about to start kitting out for the dive we saw one of the fishermen throw a packet off the bow of the dhow they were on. A plume of water shot into the air, followed instantly by the noise of the blast. 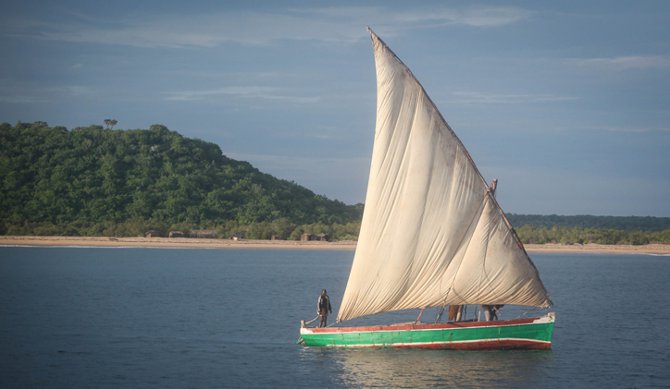 Almost a few minutes later, another went off from a smaller pirogue (one man fishing boat) and then another. We managed to convince some of the fishermen not to throw any surprise packages off their boats, although a few of the crewmembers mentioned that their particular brand of bombs had been prayed over and would not harm anyone underwater. We had very good reason to not believe them.

Even though we were out of reach of the dynamiters, while doing other transects we had the displeasure of a few being set off near enough for the effect to seer through our bones and reverberate in our chests. Being underwater when one of these homemade bombs goes off is not a great feeling but the destruction this kind of fishing does is devastating. 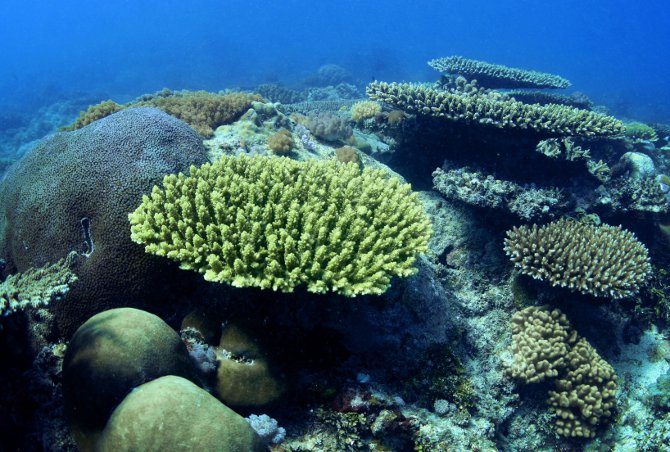 Tanzania is one country along the East African coastline where dynamite or blast fishing still occurs with massive regularity. According to research this method of fishing appeared somewhere around the 1960s. In Marine Pollution Bulletin 58, S. Dynamite Fishing in Northern Tanzania–Pervasive, Problematic and yet Preventable Sue Wells writes, “The increase in blast fishing is because explosives are cheap and easily accessible to fishers. Bombs are usually sourced from mining, demolition, and road construction enterprises or made at home from fertilizers and diesel. One blast can lead to a catch of up to 400 kg of fish and a profit of US$1 800 in market sales, a lucrative short-term profit despite the long-term destruction left behind.”

Many fishermen are also often left maimed or injured from home made bombs gone wrong and in-fighting between rival fishermen. The 2003 Fisheries Act of Tanzania hands out a minimum sentences are 5 years for dynamite fishing and 12 months for possession of explosives, but that does not seem to slow anyone down. Even though, on paper, dynamite fishing is illegal in Tanzania there is little to no prosecution of offenders or any repercussions if one is caught in the act of blast fishing. They construct the bombs by using a glass bottle with layers of powdered potassium nitrate and pebbles or an ammonium nitrate and kerosene mixture, lighting it with a small fuse and tossing it overboard.

Under the water the coral systems left in the wake of a series of blasts resemble a post world war two-shelled city. The underwater shock waves produced by the explosion stun the fish, rupturing their swim bladders and causing some fish to float to the surface, being scooped up by waiting nets, and many others to simply sink to the ocean floor. The damage to the coral reef structures is devastating and in many cases the damage permanent. 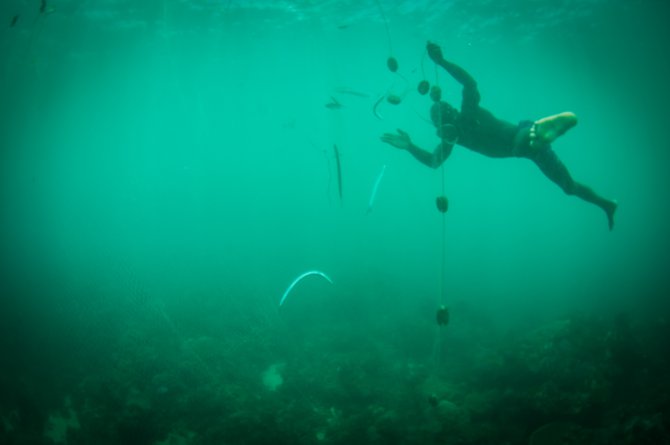 Sea Sense, a Tanzanian NGO, recorded 1 120 dynamite blasts in around the Temeke District and Dar Es Salaam in 2008 alone, and even now many divers, tourists and locals say that not a day goes by when they don’t hear the dull thud of a bomb blast. There has been talks from the government of setting up community based law enforcement schemes, as well as using hydrophones mounted on patrol boats, to record and locate single blast events but what it really boils down to is enforcement of the law. Without real repercussions for those that use dynamite illegally to fish, this destructive practice will continue and in the end the real damage will not just be to the reef systems but to the people that also rely on these reef systems for their livelihoods.

Linda is working as a freelance a photojournalist, travel and fiction writer. She considers herself to be the better looking half of Moving Sushi and the only one who is ever online. She blogs on behalf of Moving Sushi for various online magazines and writes travel guides for Buggl.com. Her main loves are writing about travel, the natural world around us and how we as people interact with it, as long as it’s not anything to do with snakes. Snakes give her the willies. Follow along @moving_sushi.