The Tanda Tula ‘track it’ challenge

Tanda Tula recently reintroduced their #trackitthursday challenge, where they load up an image of an animal track and invite the public to guess what it is. Some are a little easier, but at times they can be a bit tricky such as the image that went up this week.

Before you scroll down, see if you can GUESS whose tracks these are? 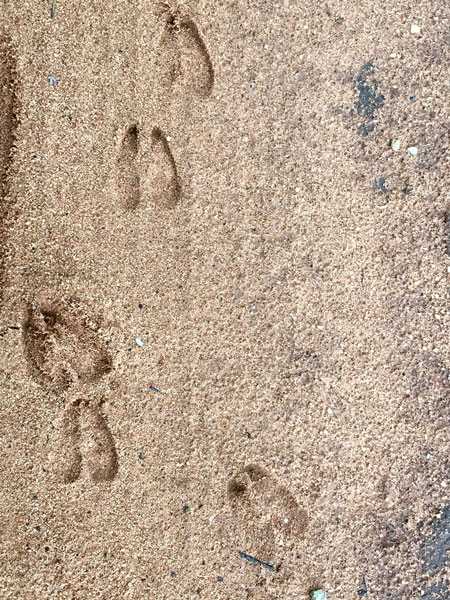 Did you guess correctly?

The tracks are from a group of waterbuck. These stocky short legged antelope can weigh up to 250 kgs, with only the males boasting impressive and beautiful horns. Waterbuck are usually found in herds close to a permanent water source due to the fact that they have to drink daily and by choice prefer the long grass that is found on floodplains. However, the water also acts as a form of protection, and should they encounter a predator they will flee into the water for safety.

Interestingly, these animals are not very popular to predators as they have a very distinct odour which effects the taste of their meat, and predators are put off by this in most cases. The other safety mechanism these animals strongly rely on, due to their lack of speed and endurance, is their ‘follow me’ sign. All waterbuck have a very distinct white ring on their rump, giving way to the old story of sitting on a wet toilet seat! But this marking is a fundamental necessity for the animals to survive – when fleeing from danger they can see the flash of white from the rest of the herd and follow one another to safety.