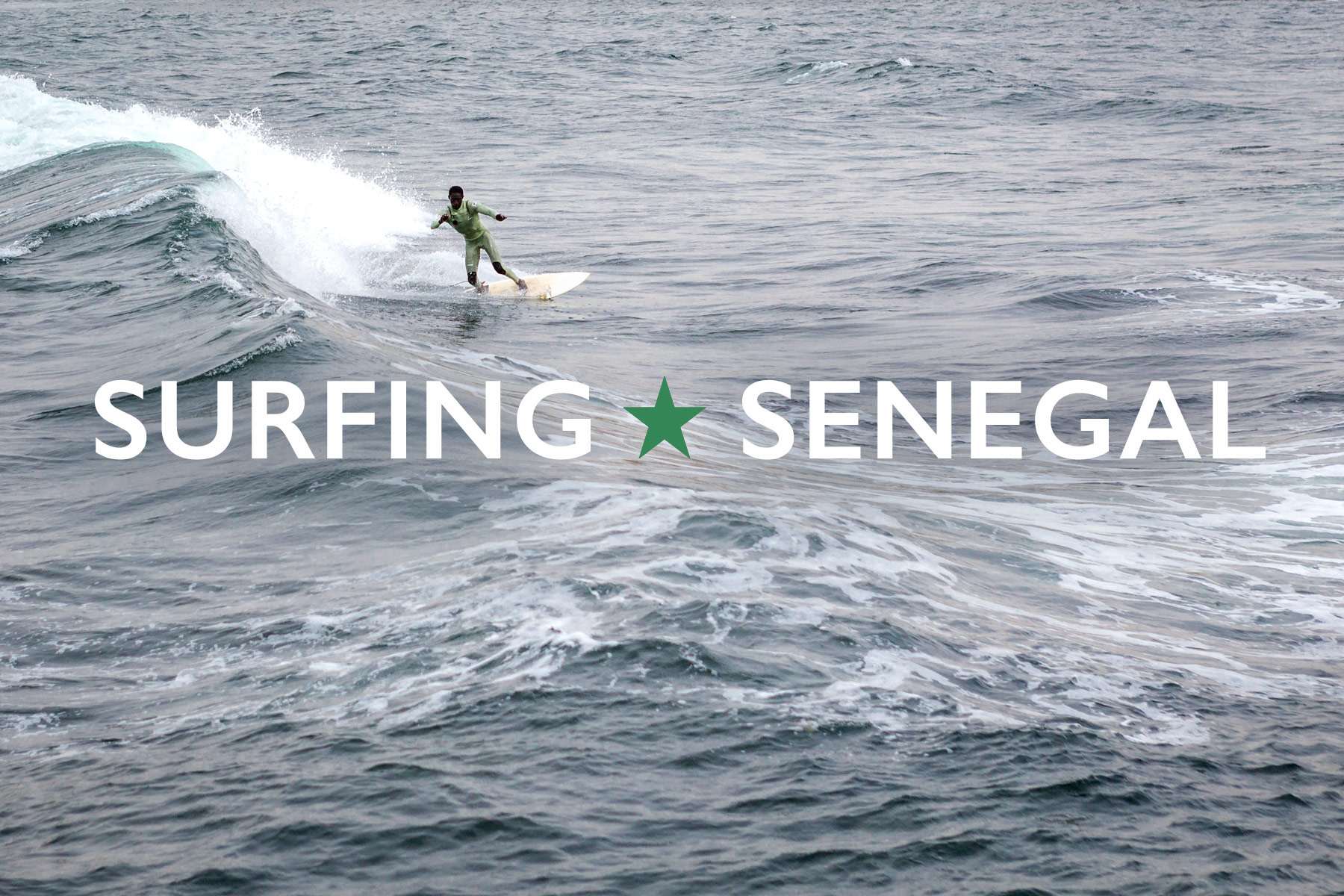 THE FISHING TRIBE THAT RIDES THE WAVES

The first time I landed in Dakar was on a chilly February night. A thick fog coated the streets divulging very little of what the city looked like. Exhausted, I climbed into bed, not bothering to eat dinner. Upon waking I pulled back the curtains and gasped in shock at the view: a coastline of cliffs dropping into the blue-green Atlantic, a sight I had not expected in West Africa. Palm trees lined the winding motorway that ran parallel to the sea, reminiscent of the Pacific Coast Highway. Swimming pools dotted the strip adding another aquamarine tone, and piers jutted into the ocean.
This scenery served as a welcome mat to a bustling city, filled with proud Dakaroises, proving to be some of the kindest and most welcoming people that I’ve ever encountered. The city was a beautiful mix of new and old. Taxis whizzed around horse-drawn carts. Hip teenagers moved in packs texting on their cell phones while an Imam called the devout to prayer. As I kicked off My Africa Is, a documentary series aiming to change perception of the continent, I decided this would be one of the places featured.

Having learned on broken surfboards, they went on to win tournaments

I wasn’t quite sure what I would cover, but I thought, with all the miles of beach the African continent was blessed with, there might be an as-yet-undiscovered secret colony of surfers. Well, there is. The first time anyone rode Senegal’s waves was probably in 1966 when the makers of the cult surf documentary, Endless Summer, filmed here in Dakar. I learned that the first local surfer was Patina Ndiaye, who was taught by Europeans in the 80’s, and it was he that inspired other Senegalese to ride the waves alongside him.

A quick Google search led me to Malika Surf Camp, a surf school and bed and breakfast on Yoff beach. I spoke to the friendly Marta, an Italian lady who’d married Aziz, a Senegalese surfer she had met while exploring surf culture in Senegal. They started Malika, which is now one of three surf schools in Dakar. Alas, I didn’t have any time to visit Malika back then, but I returned a couple of years later for my documentary series. Filming involved trekking around the city, capturing sights and sounds in a heatwave that had me mopping sweat from my eyes, so I was anxious for a workday that involved being by the cooling ocean.
Our first surf shoot involved hitting the waves with some of the local surf pros. Tala, Hassan and Babou were all self-taught. They had learned on broken surfboards, and once they were old enough to work, they spent their hard-earned pay on boards that were at least intact, and upon which they went on to win surf tournaments locally and within West Africa. Working at the surf schools allows them to do what they love, and to have access to boards and other equipment.

Our meeting was at N’gor, a popular beach enclosed by restaurants and hotels. The group led me through a sandy alley that opened onto a white beach with rows of dinghies anchored out on the ocean. Locals and tourists lay on the beach, and fishermen napped in their flamboyantly painted pirogues.
Most fishermen here are of the Lebou tribe. Having settled on the Senegalese coast in the 1400’s they have had a close connection with the ocean for centuries. Many locals look at surfing as strange, saying it is not part of Senegalese culture, but as a Lebou lifeguard Mustafa says: ‘The Lebou tribe have mastered the ocean more than other tribes, so certain sports like surfing, it’s only the Lebou who do it.’ Surfing is also overshadowed by wrestling, which is culturally entrenched in Senegal and is much more lucrative if one succeeds.

As a fishing tribe, their connection with the ocean means they are the only tribe that surfs

Leaving the fishing boats on the beach, we set off in the Malika Surf Camp dinghy and anchored out at sea. The surf came in off a little island that was outlined in black rocks and foamy white waves. The surfers swam away into the ocean, and I stayed on the dinghy. It was a sight to behold, these Senegalese surf gods. Their bodies in sync with the ocean, they exploited every surface of the waves, sweeping up and down the barrel, their movements like brushstrokes – trails of white crisscrossing the deep blue.
As taken as I was with the sight, sitting in a dinghy being rocked by waves is the perfect recipe for seasickness, and I hadn’t established as close relationship with the ocean as the Lebou. The only relief was to take an occasional dip in the crisp clear Atlantic, allowing myself to sink to the soft sand floor to regain a sense of balance. With the scorching sun, the occasional dip also allowed me to cool my skin. It was heavenly.

Eventually, we returned to dry land where we shared some Thiebou Djene – the Senegalese national dish of fish, vegetables and broken rice. I asked them what they wanted to accomplish, what types of surfers they wanted to become, and the beaches that they longed to surf. They spoke with passion about surf icons such as the Hawaiian John John Florence. They wanted to compete against him, ride Hawaii’s Pipeline and drop into Uluwatu on Indonesia’s coastline. But the obvious detractor was a lack of sponsorship because surfing in Senegal is not high profile at all.

Surf tourism translates into improvement of beach environments and economy

I spent the next day with Marta and Aziz at their surf camp on Yoff beach, talking to their tourist students about what brought them to Dakar. Most spoke about being in town for business, some came specifically to surf, others had lived in Dakar for quite some time and took surf lessons as a pastime. The crowd was diverse, and conversations went on in many languages. I decided to join in, and some locals also participated. I had only surfed once in New York, where the waves were relatively tame, and I was totally unprepared. The surf was big and the force of the ocean was like nothing I had felt before. I struggled to stand on the board, and even swimming back out to catch the next wave was a challenge. My dreams of being an overnight surf sensation were dashed. But surfing Dakar will remain one of my most memorable experiences.

The dark and beautiful surfers cruising along the waves have been etched into my memory. The warmth, beauty and cultural diversity of the cosmopolitan city call me back. Malika Surf Camp is an example of what is possible with the right tourism infrastructure. I hope more people will come to think of Senegal as a tourism destination, allowing for the preservation of the beaches and an improved tourism economy, and giving this little known group of surfers a voice, and a chance to fully develop their talents.

Watch the author’s short film about the surfers of Senegal. 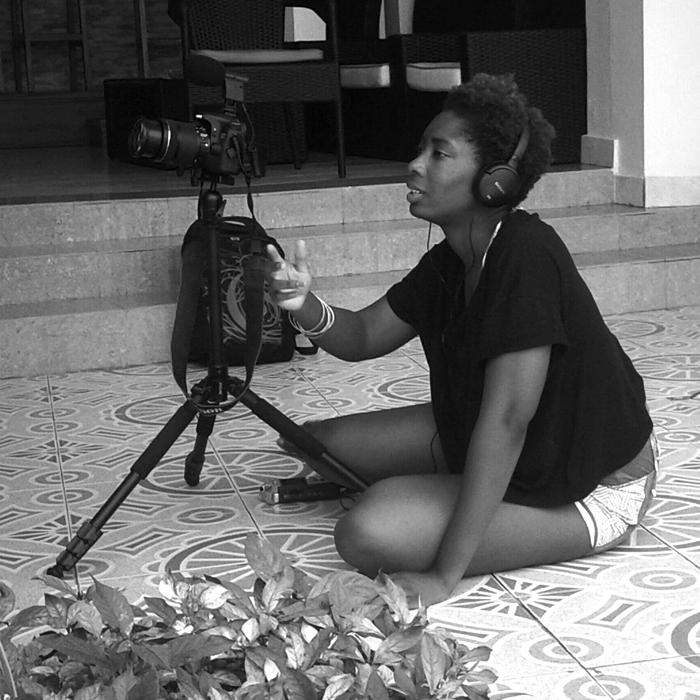 NOSARIEME GARRICK considers herself a product of global travel but loudly representing Nigeria. She is a writer, activist and entrepreneur doing her part to see the advancement of the African continent. As a writer, she follows the African culture beat contributing articles to Afripop!, MTV Staying Alive Foundation, Women’s Enews, and Sahara Reporters, creating networks with young African leaders in various sectors. In 2010, she founded “Vote or Quench”, a youth empowerment campaign educating young Nigerians on the importance of their vote. She headed back to Nigeria from New York to see the initiative through and spearheaded the live production of the first youth-centred presidential debate. Following her time in Nigeria, she did a 6-month business management internship with the Economist Group in the UK, mentored by the company’s CEO, Andrew Rashbass. She received a Bachelor’s degree in Communications and French from St. John’s University. She has also spent time as DJ, teaching English in France, and travelling around Latin America.