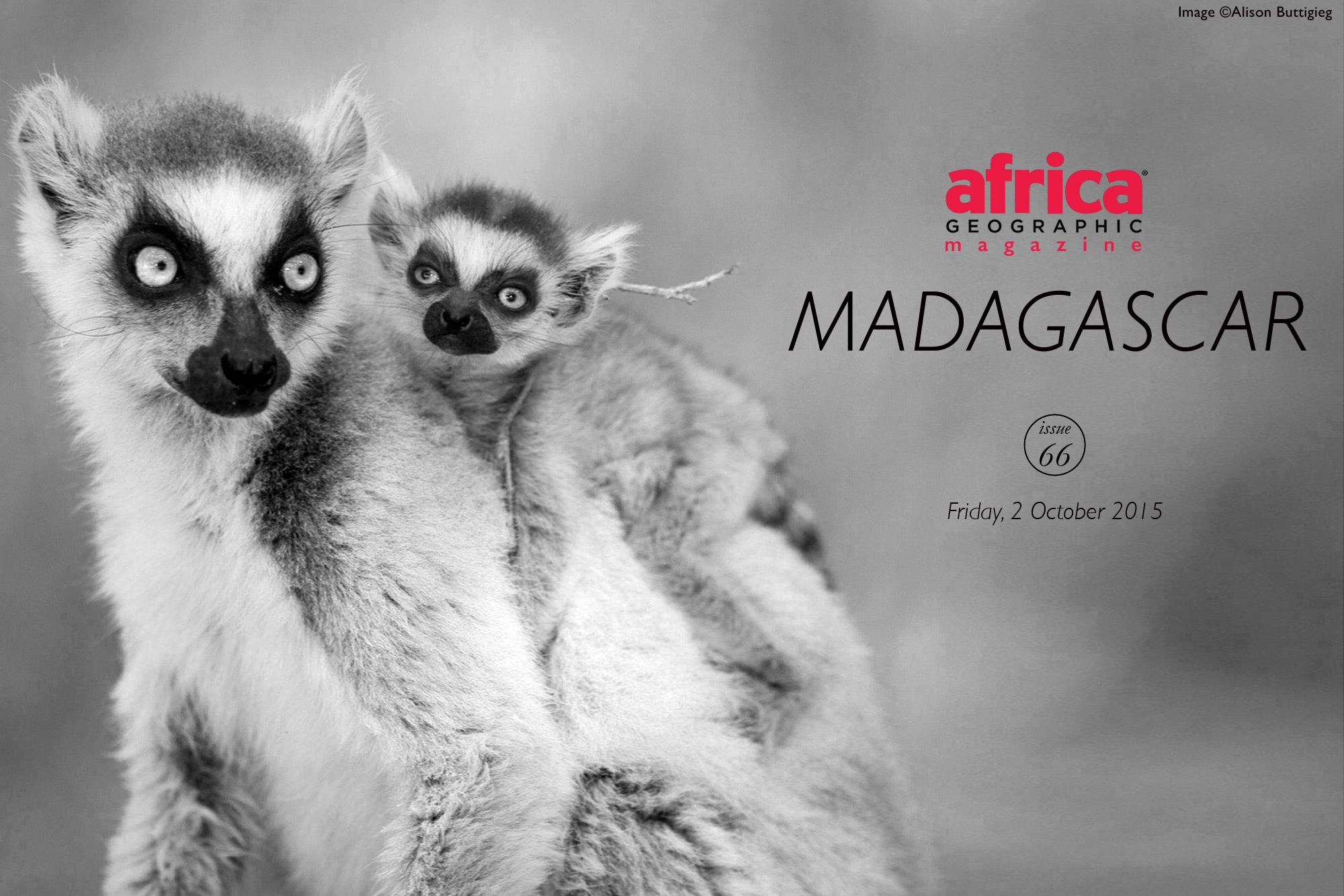 How sustainable tourism is invigorating the world's oldest island

As the oldest island in the world, this home of lemurs, chameleons and baobabs has so much more to offer than just weird creatures and oddly-shaped trees. And despite the logistical challenges of travelling in Madagascar, it is a world-class tourist destination with diverse cultures and landscapes that challenge attitudes and priorities.

Sonja Gottlebe moved to Madagascar 40 years ago, and is now the owner of tour operation Boogie Pilgrim and the founder of GOTO Madagascar. She is also the driving force behind the expansion of Fair Trade Tourism into Madagascar – the world’s only tourism certification programme developed to encompass Fair Trade principles.

Fair Trade Tourism has already amassed a portfolio of nearly 60 certified tourism products in South Africa and last year it ventured into Madagascar where there are now six certified establishments.

Madagascar is a vast country, bursting at the seams with breathtaking scenery, mind-boggling natural curiosities and an incredible history. However, due to limited commitment from the government to tourism and a debilitating lack of infrastructure, tourism has mostly been confined to large international-style beach resorts on the northern island of Nosy Be.

I accompanied a group of journalists on a nine day 1,300km road trip across the island, to sample the sustainable tourism initiatives on offer.

I quickly discover that the Red Island is not for sissies. The roads are torturous, which makes travelling a time-consuming challenge through places that are difficult to pronounce.

The first leg of our journey takes us 170km to the town of Antsirabe. It takes four hours, the first of which is spent negotiating the way out of Antananrivo where the narrow roads are clogged with trucks, handcarts, make-shift rickshaws, tuk-tuks and zebu cattle.

We reach Antsirabe after dark and enjoy a warm fire, hearty meal and sleep before resuming our journey the following dawn.

The second leg is 355km and takes 9 hours via the city of Fianarantsoa to reach the highly anticipated Tsara Camp. I soon begin to understand the reason for this considerable length of time as, outside Antsirabe, the busy road deteriorates into a series of massive potholes that pepper the hairpin bends along the mountains that divide the country in two.

However, the slow progress is offset by the beauty of the highlands with pretty villages of quaint, almost Provencal-style double or triple-storey homesteads that are built from homemade bricks and spread out across the pastoral paradise of the terraced mountainsides.

Fresh from the earth

Fianarantsoa, the capital city of these highlands, offers welcome respite from the epic drive. Its hillside Old Town district is being reinvigorated by tourism, providing a wonderful opportunity for “vazahas” (foreigners) to immerse themselves in traditional Malagasy culture.

Back on the road to Tsara Camp, the dramatic peaks of Andringitra National Park appear on the horizon and the rice paddies are replaced by montane thicket and scrub. The tar is substituted by a dirt track, and nine hours becomes twelve hours, until the camp finally emerges from the dusk. Food has never tasted so good, sleep has never felt so refreshing and the prospect of an early morning hike into a sacred forest to find ring-tailed lemurs is the stuff of dreams. Not having to get into a vehicle for the next 36 hours is also a bonus.

Walking the following morning feels fabulous. Clambering over rocks and up winding pathways in the shelter of Mount Tsaranoro is bliss. Even more sublime is the sight of a troop of ring-tailed lemurs warming themselves in the early morning sunlight.

Although the forest is sacred, and it is “fady” (taboo) to hunt lemurs, deforestation is one of Madagascar’s biggest issues as communities depend on charcoal for fuel and space for agriculture. This places tremendous pressure on primary forests and everything that calls them home.

The Tsaranoro valley is home to the Bara and Betsileo people, whose culture is based around cattle, and the area is mostly used for grazing zebu. The walk back to camp offers an insight into the daily lives of rural Malagasy communities and how tourism can make a positive impact on them in terms of procurement of goods such as meat, fresh produce and rice.

Leaving Tsara Camp the following morning is hard, not just because it means another gruelling journey, but because it’s the sort of place that makes you want to stay and take stock of life and its real priorities. Ahead lies a 235km and a five-hour drive to our overnight stop at Le Jardin du Roy.

This luxury hotel and its adjacent sister property, Le Relais de la Reine, are owned and run by the Colombie family who have carved a niche among the unusual rock formations of the impressive Isalo National Park. Equally impressive is their organic vegetable patch, spread over some 20 hectares and growing everything from pineapples and bananas, to lettuce and cauliflower. They also train local staff in modern organic techniques, which are then passed on to entire communities.

The greedy and the good

The ocean beckons as we leave Isalo behind and head out on to the vast Horombe Plateau for Salary Bay, which is 335km and eight hours away. The plateau resembles something akin to Swiss cheese thanks to Madagascar’s burgeoning sapphire mining industry. With no controls, the discovery of high quality alluvial sapphires has seen the landscape carved into illegal mines over the past decade.

4x4s are ready and waiting at Toliara for the four-hour journey over sand to Salary Bay, through the arid forest that follows the south-western edge of the island, which is dotted with small fishing villages. It’s a very different landscape and it’s home to mouse lemurs and nightjars on one side and humpback whales on the other.

Owners Michelle and Philippe Cotsoyannis retired here with the idea of making tourism matter to the local communities of Salary Bay Nord and Salary Bay Sud. The lagoon is now a marine reserve and the adjacent spiny forest is home to the Mikea community with guided tours available through its unique eco-system.

Closer to Toliara on Ifaty Beach, one of the best beaches in the south and a diving hotspot, Hotel le Paradisier is following in Salary Bay’s footsteps, making contributions to both the fragile coastal eco-system and the impoverished communities that surround it. Le Paradisier has created a “showcase” indigenous spiny forest garden out of its grounds and educates staff and guests alike on the importance of this unique, endemic coastal fauna. It sources and procures fresh produce from local entrepreneurs and has trained and mentored local guides who are recommended to guests.

It’s supposed to be our final port of call before returning to Antananrivo with Air Madagascar, but fate and politics have different plans. Air Madagascar is on strike. We must drive the 1,000km back to Antananrivo the way that we came and what took five days must now take two. The Red Island refuses to relax her grip and demonstrates that travelling here requires flexibility, an open mind, a “no worries” attitude and someone like Sonja!

It’s a destination for well-travelled people who want something different – an adventure beyond compare.

An overnight stop in Fianara is the only break in the 24-hour journey back to Antananrivo where hasty arrangements are made to spend another few days exploring sustainable tourism in action, giving us the chance to see (and hear) indri in the closest primary forest to the capital: Anjozorobe-Angavo Forest.

As a Fanamby initiative – a conservation NGO that operates community-owned eco camps across the island, Saha Forest Camp is an oasis in a sea of green. Its cozy and impeccably-furnished tents are strung out across a hillside with views across the surrounding forests.

Fanamby is heavily involved in training and skills development, with some 900 people currently benefitting from its projects. My forest guide’s family has lived in this forest for generations; once they hunted lemurs, now they protect them.

Before the end of our dawn hike, a “phooofff” punctures the air, quickly followed by sneezy replies and low moaning. A troop of diademed sifakas slowly descends to get a better look at us. Their soft humming is then suddenly interrupted by cries and howls… indri! We race along the forest path and plunge into the undergrowth. Within minutes we are in the indris’ midst, watching them breakfasting on new leaves and shoots.

At home in Pretoria later that evening, it all seems surreal; an epic experience that, in this era of comfort travel, is more than worth the effort.
You can find out more about Fair Trade Tourism in Madagascar at www.fairtrade.travel or by visiting GOTO Madagascar at www.go2mada.com
Look out for the Fair Trade certification when travelling:

Surnames are hardly ever used due to their invariable length, and they are the legacy of the island’s historic ties with Indonesia. Surnames are added to every generation and represent a family lineage – the older the family, the longer the name! 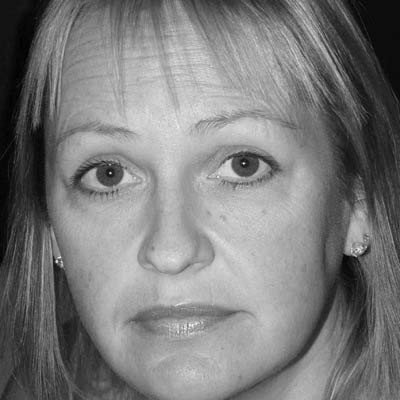 Africa and its wild places grabbed award-winning writer and film-maker Sharon Gilbert-Rivett (formerly van Wyk) when she was but a babe. Her family hauled her from the UK to Kenya when she was three, to South Africa when she was seven and what is now Zimbabwe when she was 11, before taking her back to Cambridge, the town of her birth, to be schooled. She was pushed into journalism in the early 1980s by her first boyfriend, rock guitarist Phil Collen of Def Leppard. “I used to write him long letters while he was on tour and he nagged me to turn pro, so I did,” she says. Sharon returned to South Africa permanently in 1991, trading black leather for khaki and rock magazines for mainstream media. She now writes widely on conservation, eco-tourism, safari and travel and also makes natural history documentaries with her company, Painted Earth Productions.