In this week’s news wrap Vietnamese customs have seized over nine tonnes of ivory in a container shipment from the Republic of Congo, thought to be the largest ivory seizure ever made; the Department of Environmental Affairs (DEA) has proposed that the captive lion breeding industry should continue; three KwaZulu-Natal rhino poachers have finally been convicted after a 10-year trial; celebrities have called on European Union to protect giraffes from wildlife trade; and Japan is to make carbon dating of ivory mandatory for trade, tightening controls on oft-criticised market.

Vietnamese customs have seized over nine tonnes of ivory in a container shipment from the Republic of Congo, thought to be the largest ivory seizure ever made.

The seizure provides yet more evidence that organised criminal syndicates continue to exploit Vietnam as a hub for illegal wildlife trade. The discovery was made by customs authorities in Da Nang during an inspection of a container of timber that had arrived from the Republic of Congo.

The seized ivory represents well over 1,000 dead elephants and brings the total weight of ivory seized in Vietnam since 2004 to above 70 tonnes, the equivalent of more than 10,000 dead elephants… (Continue to full story here)

This ignores the PCEA resolutions from the two-day Parliamentary Colloquium on CLB in August 2018, which included the resolution (9.1) specifying  that the “DEA should as a matter of urgency initiate a policy and legislative review of CBL for hunting and lion bone trade with a view of putting an end to this practice.” This Resolution was subsequently adopted by parliament making it a Parliamentary Resolution.

Currently, South Africa is holding between 9,000-12,000 lions in captivity, in approximately 300 facilities for a number of commercial purposes, including canned hunting, breeding and the lion bone trade.

In a shocking reversal of the overwhelming condemnation of CLB expressed during the August Colloquium by a wide range of conservation and welfare experts and forcefully endorsed in the PCEA report thereon, DEA merely reiterated the same tired justifications for CLB as if the Colloquium had never taken place… (Continue to full story here)

A notorious rhino poacher, who dragged out his court trial for nearly 10 years, is back behind bars to serve a lengthy new jail term – but two of his accomplices walked free on March 26 after paying “slap on the wrist” monetary fines that have shocked senior wildlife conservationists.

Muntugogkwakhe Khoza, a 50-year-old builder from Ulundi, maintained his innocence to the end, but Durban regional court magistrate Logan Naidoo rejected his “repeated lies” and attempts to delay the trial. Naidoo sentenced him to 14 years in prison at the conclusion of a trial that lasted almost a decade.

However, two accomplices – 51 year-old SANDF soldier Mduduzi Xulu and 39-year-old Ekurhuleni municipality driver Ayanda Buthelezi – escaped with suspended jail sentences and a fine of R8,000 and R6,000 respectively. They were arrested at a roadblock soon after another white rhino was slaughtered in the Hluhluwe-iMfolozi game reserve in August 2009… (Continue to full story here) 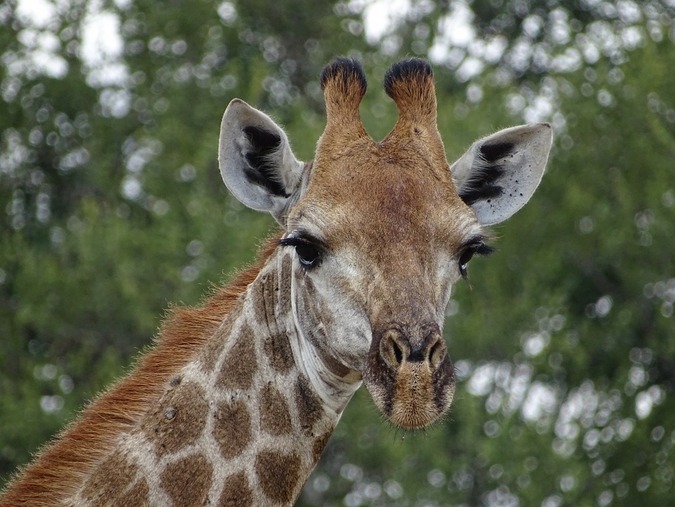 Giraffe populations have declined by up to 40 percent in the past 30 years. The proposal will be discussed at a meeting of the Convention on International Trade in Endangered Species of Wild Fauna and Flora (CITES) in Colombo, Sri Lanka starting in late May, but it has little chance of success without the support of the EU voting bloc.

The letter reads: “The world’s tallest mammal is beloved by many for its beauty and grace. These gentle giants are icons of the African savannah, and every child knows that “G” is for giraffe. But sadly, this iconic species is suffering a “silent extinction” because few are aware of their plight. Giraffe populations have decreased approximately 40% in the last 30 years. If we do not act quickly the giraffe could disappear forever.”

The proposal has been put forward by the Central African Republic, Chad, Kenya, Mali, Niger and Senegal, and is supported by the 32 African nation members of the African Elephant Coalition, which released a declaration last month in recognition of the steep decline in giraffe populations. An Avaaz petition has also received 1.3 million signatures of support from citizens around the world… (Continue to full story here)

Japan will tighten controls on its internationally maligned ivory market in July, requiring dealers to prove via carbon dating that specimens were legally obtained, the Environment Ministry said Friday.

“By shutting down the movement of ivory of unknown origin, the domestic market is moving closer to an effective closure,” Environment Minister Yoshiaki Harada said at a news conference.

In 1990, international ivory trading was banned in principle under the Washington Convention, officially known as the Convention on International Trade in Endangered Species of Wild Fauna and Flora. However, ivory that remains in its original form and that was obtained prior to the convention taking effect is permitted to be traded in Japan after it is registered with the Japan Wildlife Research Center.

Individuals who wish to trade ivory in the country will now have to report how it was acquired, while providing third-party testimony on its provenance.

Carbon dating to show the age of ivory will become an absolute prerequisite from July 1, making ivory obtained from recent poaching impossible to register and sell, the ministry said… (Continue to full story here)