Nairobi National Park in Kenya has at its heart a cauldron of craggy valleys, verdant forests and swaths of grasslands, all framed against the knuckles of the Ngong hills on the one side and the city’s skyscrapers on the other.

It was here that I witnessed life’s most precious and dangerous moment. As midday temperatures boiled the mercury to 35 degrees, I came across a herd of impala feeding in thick cover. Without a second glance, I meandered down the road until I approached a female impala standing alone. 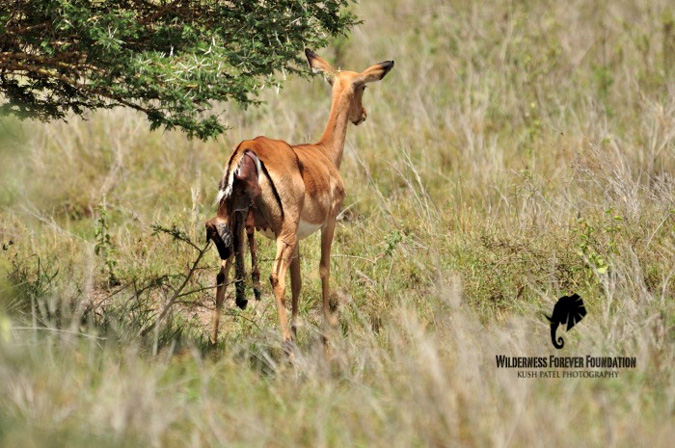 Her ears flicked nervously back and forth, whilst her pupils were dilated with fright. Her unusual behaviour in a park – where most animals ignore humans – aroused my curiosity.

She scouted out every bush in the vicinity, constantly straining any scent through her flared nostrils. Eventually, she settled under a meagre bush and turned away from me. This is when I realised she was in labour, which explained her anxiety. Impalas usually give birth during midday, when predators succumb to the heat. They isolate themselves and choose some cover for this most vulnerable moment. 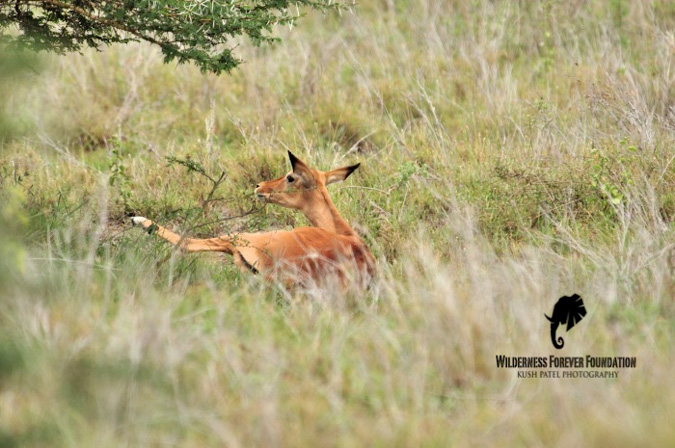 This doe spent about 45 minutes in labour; getting up and sitting back down, twisting from side to side and craning her neck and face as the agony of birth took grip. I found myself silently cheering her along, unconsciously craning my own neck and head to catch a glimpse of the newborn. Every time she stood up, more and more of the calf protruded out.

Eventually, a pair of gleaming eyes peeked out at a new world as the calf hung flaccid, half out. The final moments were hidden behind a bank of grass. The exhausted doe lovingly licked off the afterbirth and cleaned her baby. 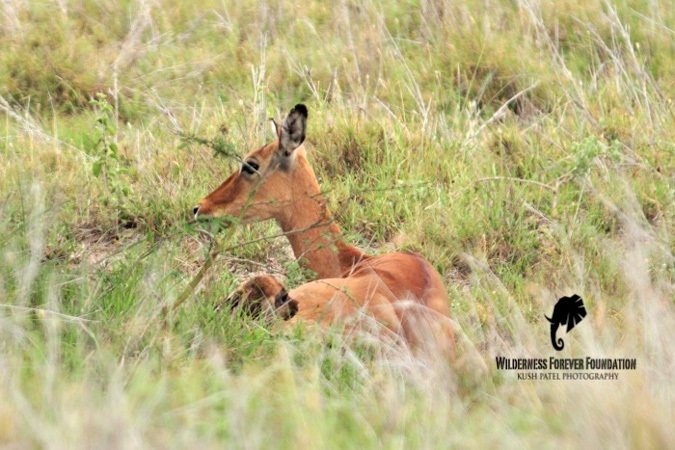 Within minutes, the spindly-legged newborn jacked itself up to peer above the grass. I was overjoyed to have witnessed such a miracle. As the mother preened it, a screech pierced the somnolent bush. A shadow swept over the mom and baby, throwing the calf off balance and spurning the mother into a defensive stance. An immature martial eagle, the largest raptor in East Africa, had swooped in for lunch. 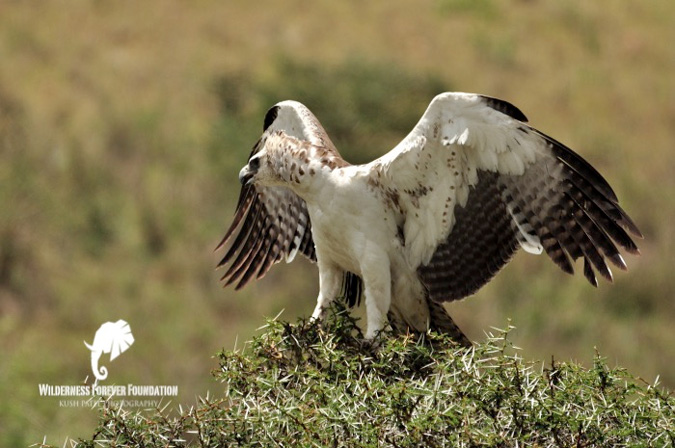 However, it lacked the ferocity and presence of an adult to drive off a protective mother. It held fort on the top of a short acacia, spread-eagled, screeching threateningly at the pair. The mother coerced her baby onto its legs and snorted out in alarm, blocking off the eagle’s attack. The martial eagle hopped from tree to tree attempting to get clear shot at the calf. But the determined mother rebelliously paced in front of it. 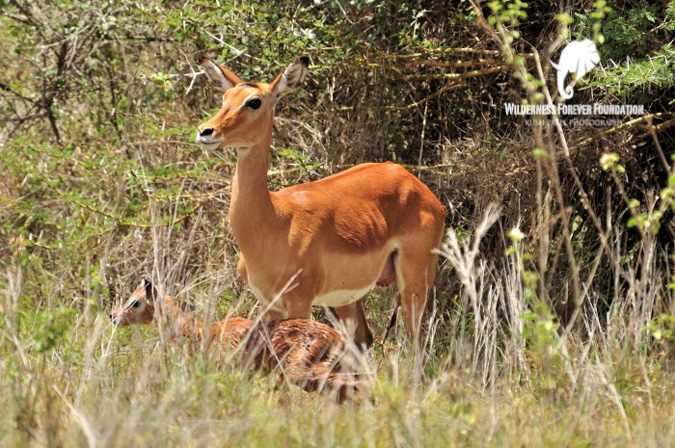 The alarm snorts had roused a herd of impalas on the crest of a hill that spotted the eagle and responded in unison to the mother’s distress calls. They bowled down the hill, snorting defiantly. Their arrival sent the eagle flapping away in frustration. The baby impala had its first clash with this unforgiving world and survived! 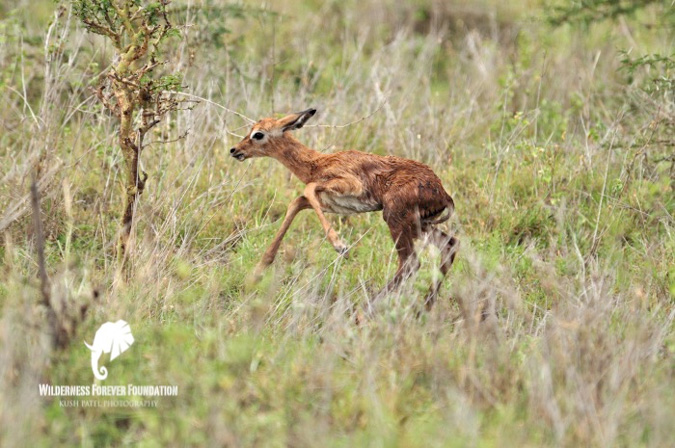