Posted on November 7, 2012 by Guest Contributor

Story and photography by Bradley and Annelize White

Early one morning as the last bits of sun rose from the horizon, guests departed on a game drive from Imbabala Lodge along the banks of the Zambezi River.

Shortly into the drive I heard a call over the radio that a baby elephant had been trapped in the mud on a marshy area close to the river’s edge, not too far from camp.

I knew this could be serious.

When the water levels along the Zambezi recede and wet clay areas are exposed, the area can turn into a death trap for thirsty animals. 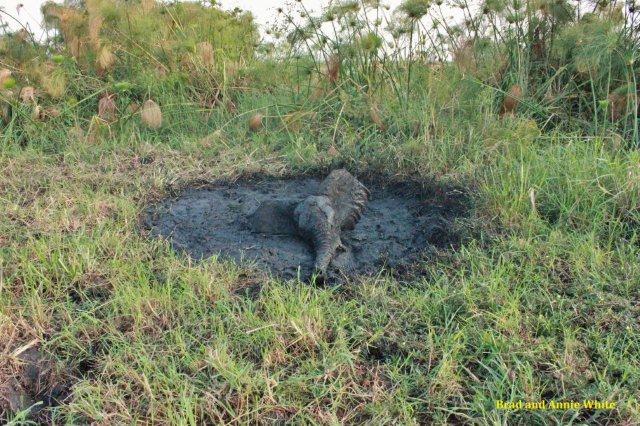 When we arrived on the scene it was apparent that the young elephant had been trapped in the early hours of the evening before. Amazingly he survived at least twelve and a half hours of this tragedy before being seen by one of our guides (Richard). 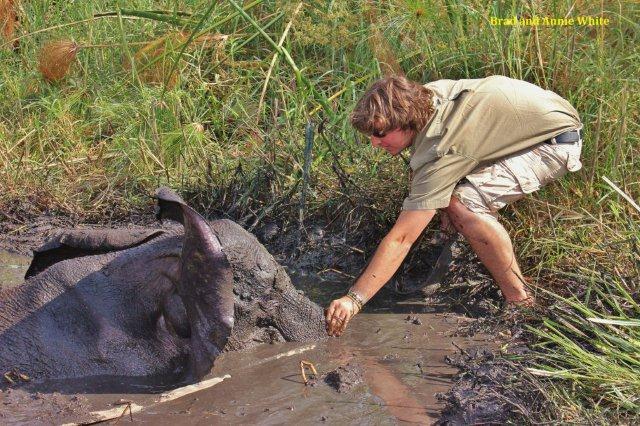 My wife and I gathered our recovery team, as well as 2OO litres of water so we could cool off the young one and soften the mud that surrounded him in order to pull him gently without damaging his legs as they were well trapped by fast drying clay that was hardening due to the heat of the sun. 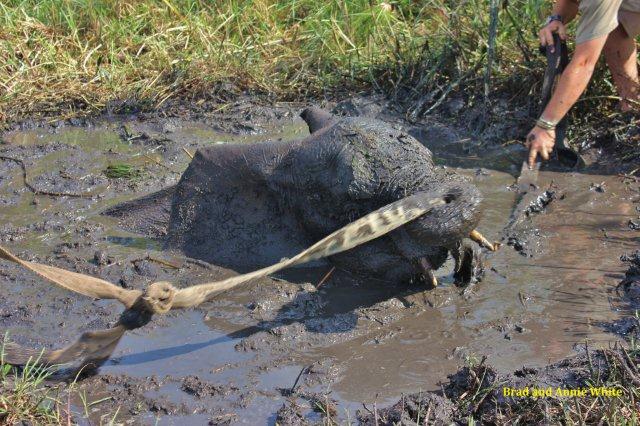 Initially we could not use the Land Cruiser as the elephant was facing the wrong direction and by pulling him backwards we risk a chance of injury to the young bull. We had to pull him by hand, (see pictures below) – at least for the first part of the ordeal so we could shift his weight and have him facing the vehicle for an easier recovery. 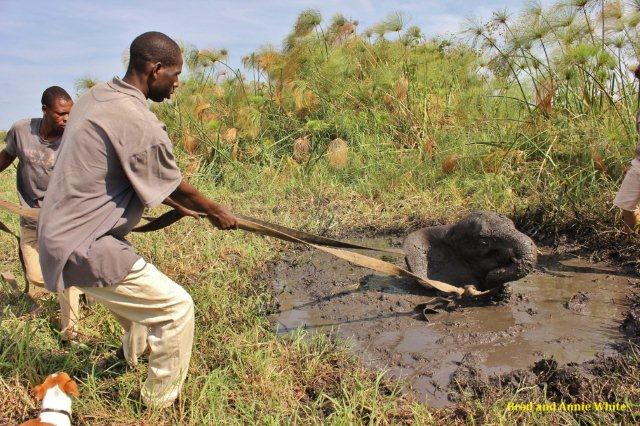 The only safe place to put the ropes is around his neck. Elephants have a very strong neck that can take a lot of strain. If we had tried to pull him out by any part of his legs which eventually become exposed, we risked breaking them.

Once we managed to get the baby’s front legs out and his knees firmly on solid ground, we then used the vehicle as he would also try to stand up and using his front legs he would eventually free his hind legs and be able to move forward using the Land Cruisers weight as an anchor for support. 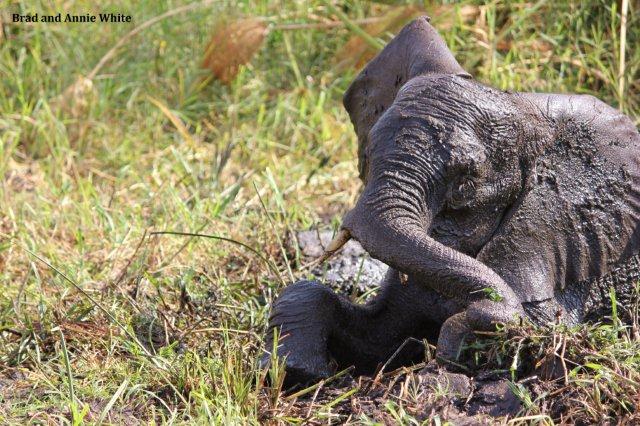 When he was finally free and lay on the solid ground we had to act fast and get him to his feet, to allow the blood to circulate. Towing straps had to be placed under his belly and with our team off staff we heaved him to his feet manually. 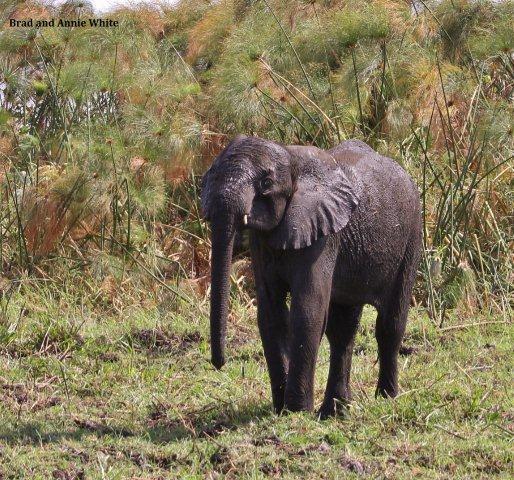 So far baby is doing well and has been seen numerous times since then roaming around. He is approximately 5 years of age, therefore no longer dependant on his mother’s milk. Although very young, he is able to look after himself, and we are keeping an eye out to make sure he doesn’t get into any “muddy” situations. 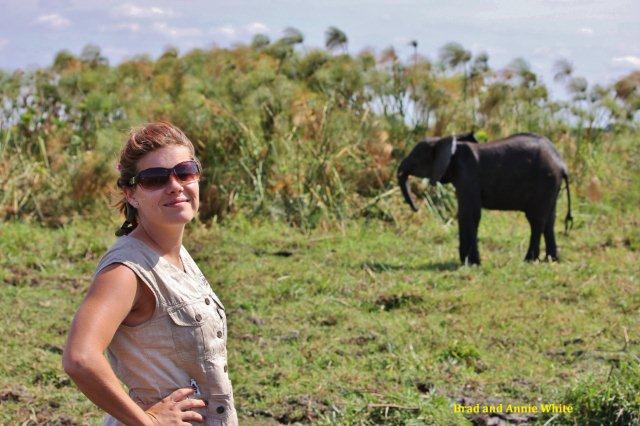 The rescue and recovery of this young elephant has made its way around the world in just a few days since its release. The number of people concerned showing support for this young baby has been a warming and wonderful pleasure to see. 25 years and 3 generations of this kind of assistance towards conservation here at Imbabala Lodge is probably one of the many reasons as to why we still have these magnificent creatures roaming our flood plain today.

Thank you to Paul Steyn, Africa Geographic and you the reader for helping us share our story to many, many more of whom we would never have been able to reach with out your help.