KGALAGADI – LIFE IN A LAND OF THIRST

I’m on my way to Nossob when suddenly this badger appears in the road with something in its mouth. I first thought it was eating something but then it appeared to treat the object very gently. I only got six photos before the badger disappeared into the dunes. Once back at camp while downloading my images, I realised it was a baby badger! The most precious sighting I have ever seen in the Kgalagadi Transfrontier Park in 22 years. 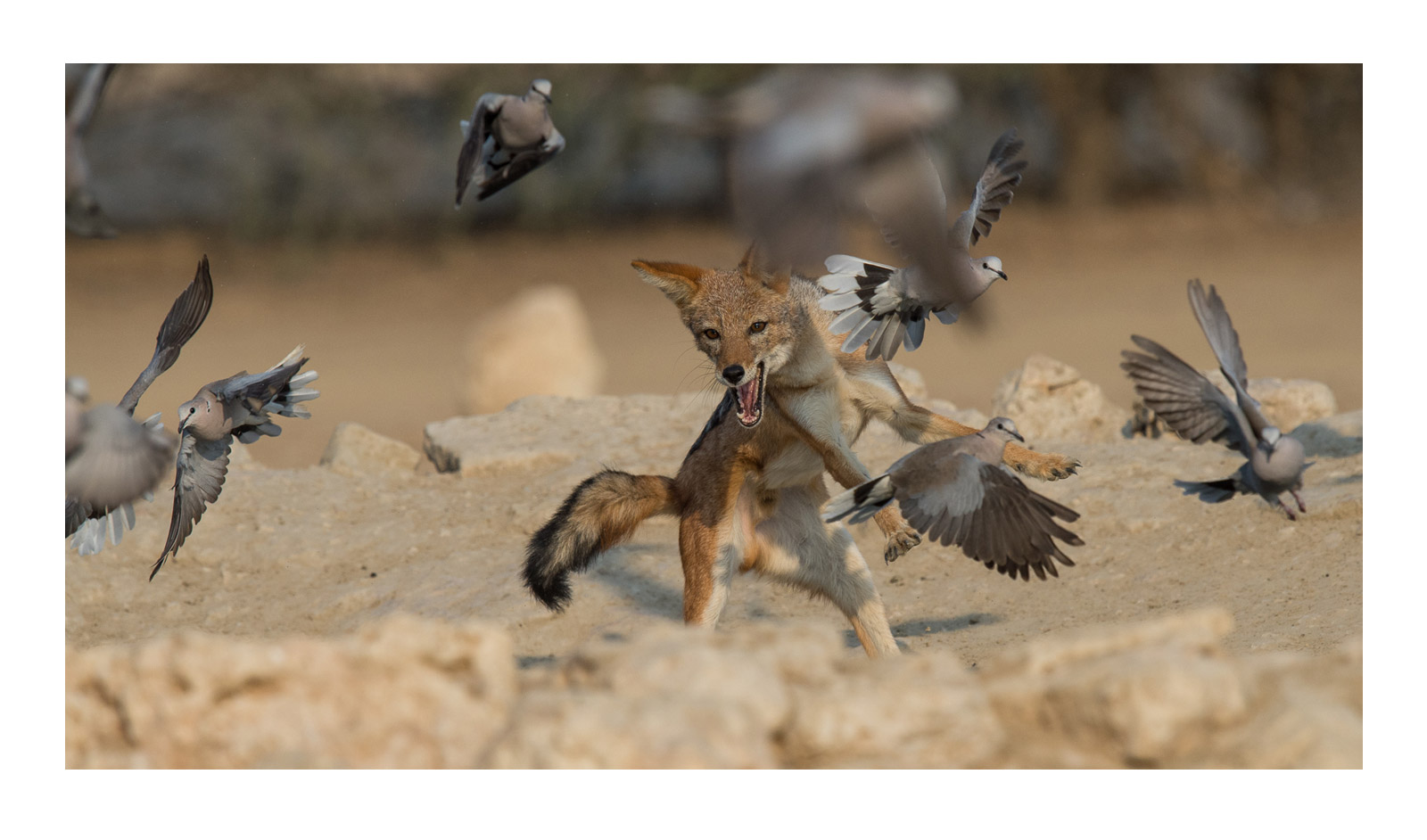 📷 This was taken in November, almost the height of the hot summer. I was amazed by the hunting methods of the jackals. Each jackal at each waterhole had a different strategy for catching birds. This jackal was hunting at Cubitje Quab waterhole. 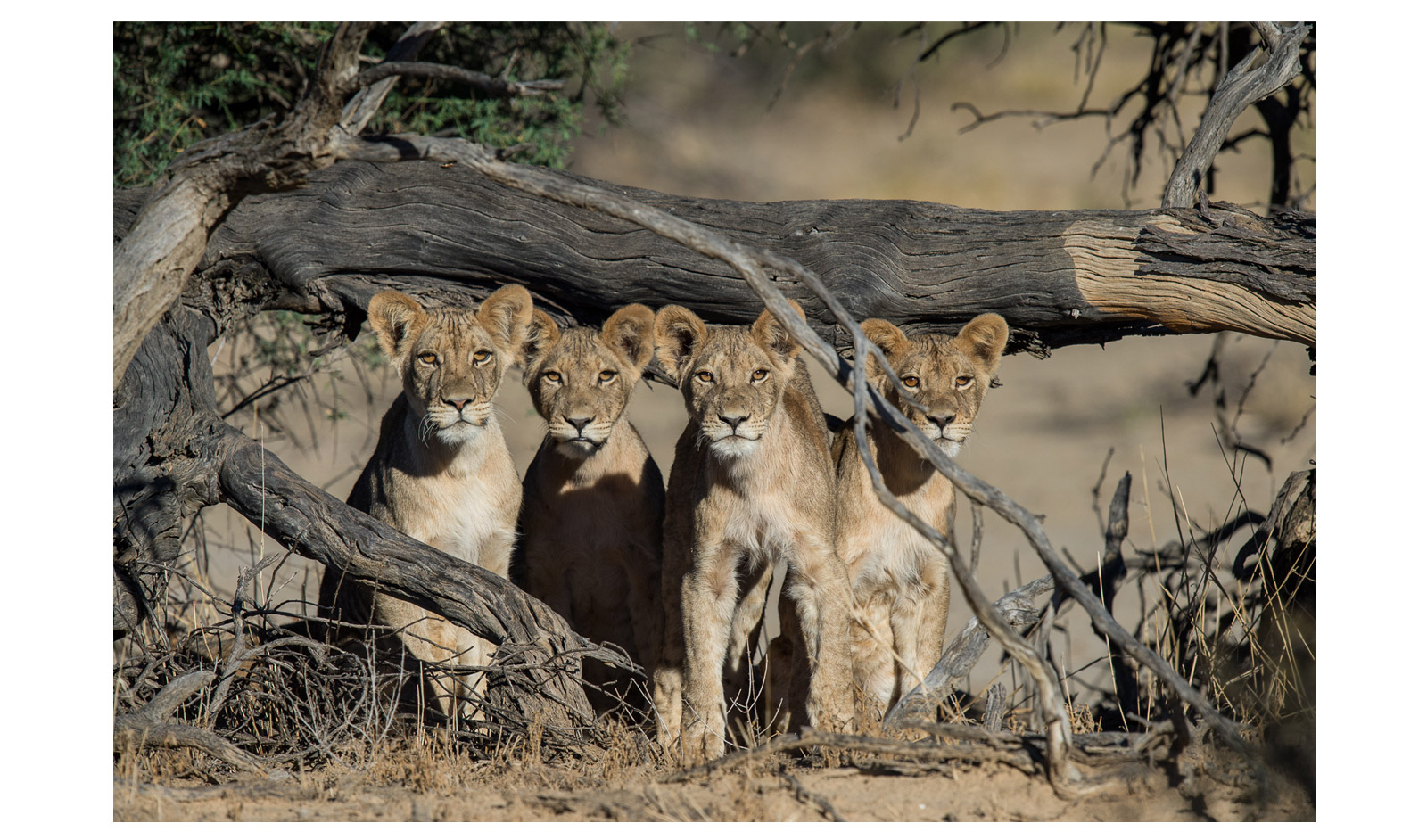 📷 At Marie-se-Draai in Kgalagadi, there was a pride of lions with cubs. When I took this photo, all the adults were out hunting. It was as if the cubs were all staying where they were told to wait! I saw 13 cubs. They were very curious but did not go anywhere as they were given strict instructions by their moms to stay put. 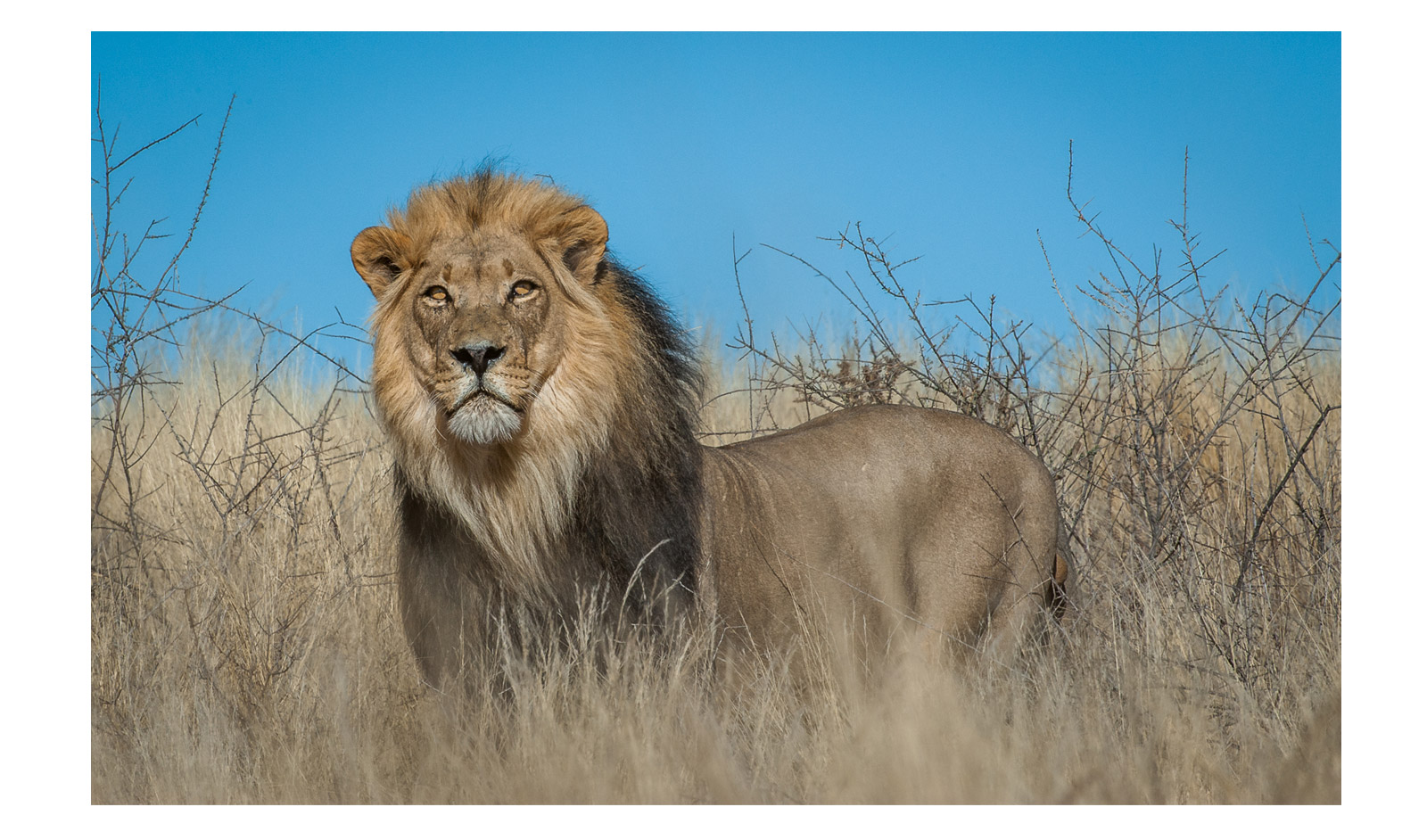 📷 I arrived at an empty waterhole at Kannaguass. I waited a bit, then this male arrived and went to the waterhole only to find no water. I felt very sad for him as he had probably walked for ages and now had to go away thirsty. He was one of the most beautiful lions I have ever seen in the Kgalagadi. 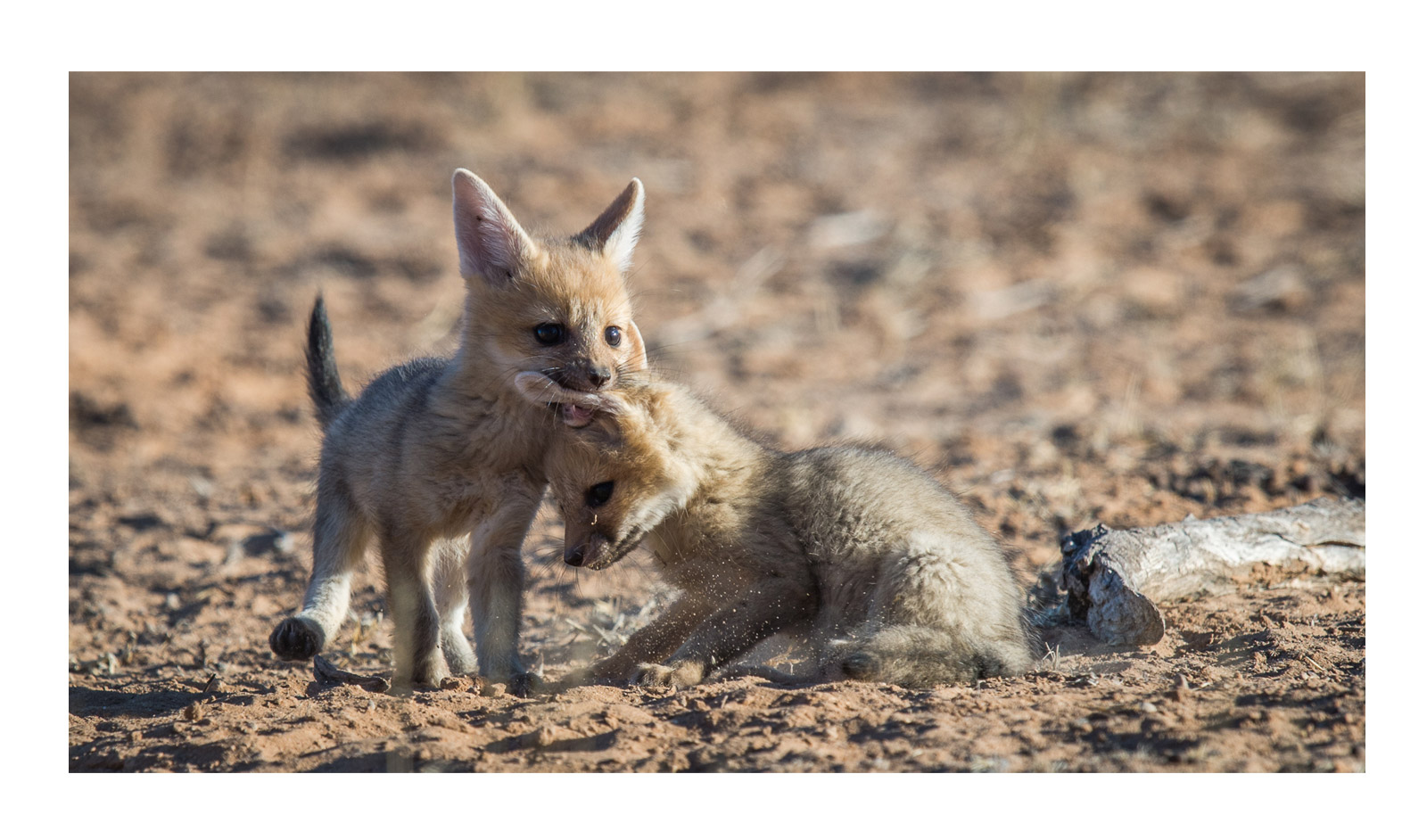 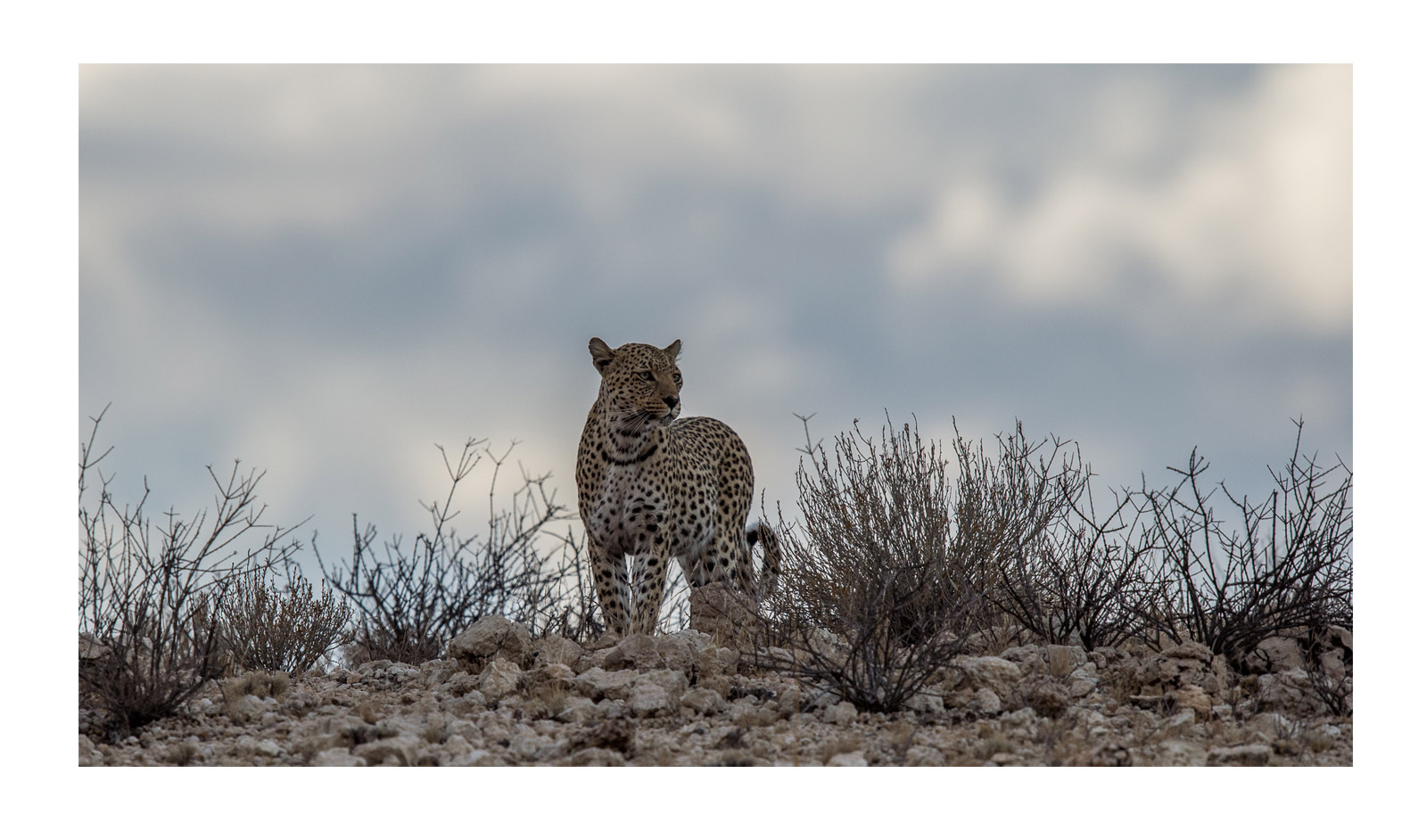 📷 Leopards in the Kgalagadi are always a very special sighting. Following the leopard research project, I always keep a copy of the ID kit with me in my car. This morning I was out early, and I aimed to find leopard, and as I came over the dune road into the Aub River, I saw this female on the ridge. I watched her and hoped she would drink water or come closer. Knowing the park well I knew there was another road nearby and I drove to this where she walked right past me. She is known as Auchterlonie Female. 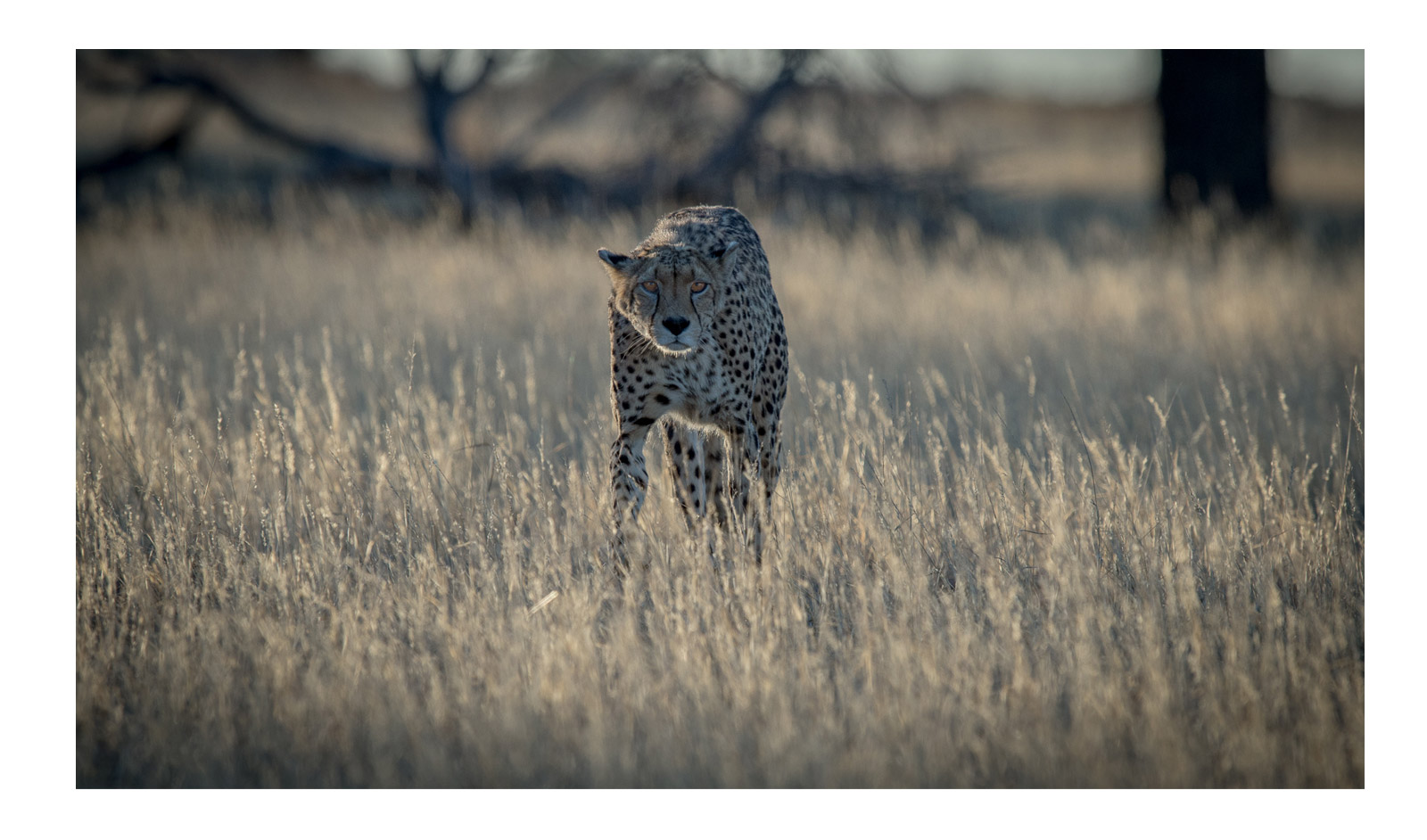 📷 Aub River early morning following a cheetah on the hunt. I watched her stalk, but she missed. I took note of where she went to lie down and returned mid-day, where I found her again, watched her hunt, and miss again. A great adrenaline rush for both cheetah and I. 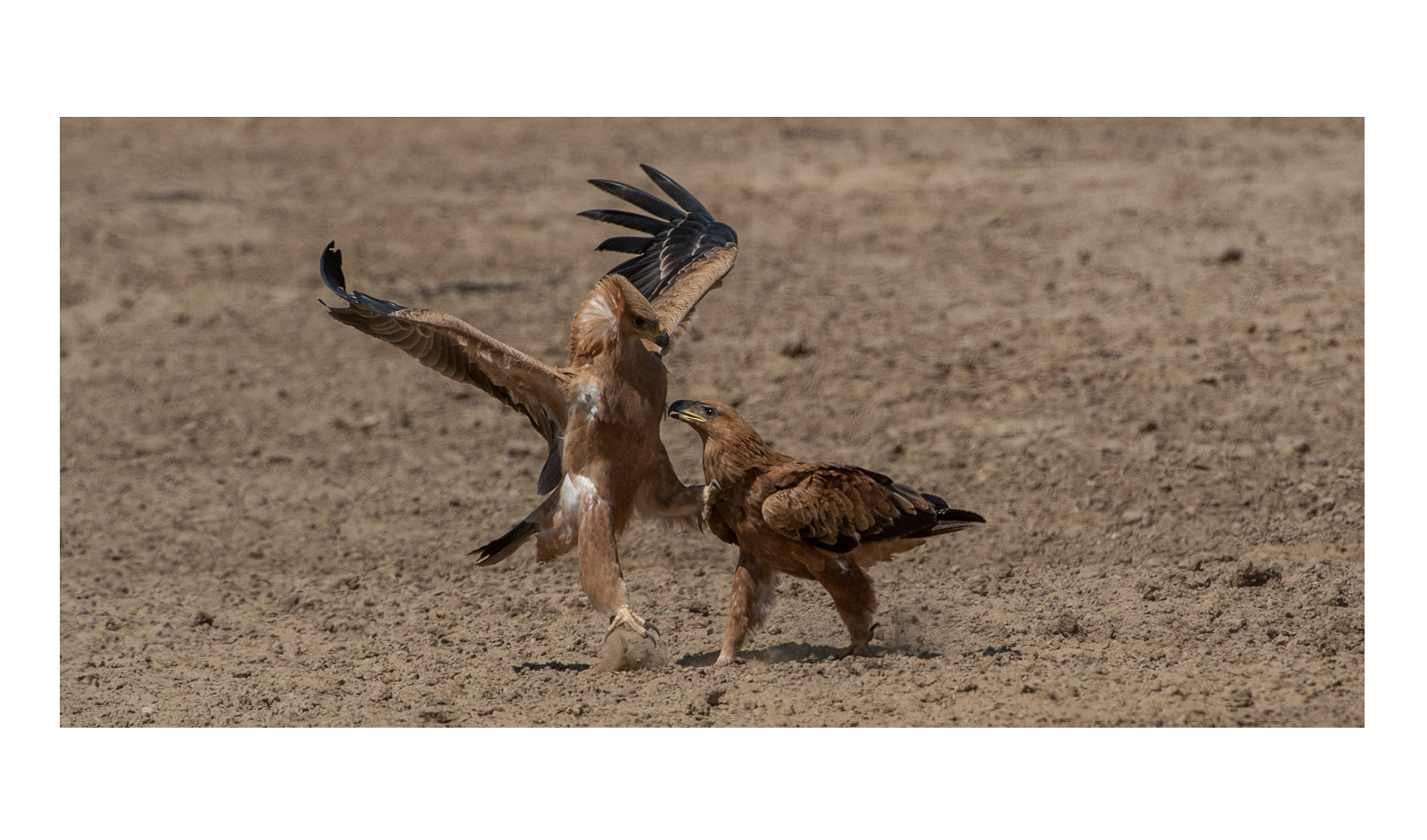 📷 It was a hot day in December, and not much rain had fallen yet in the Kgalagadi. At Polentswa waterhole two tawny eagles were fighting over who gets to drink first. 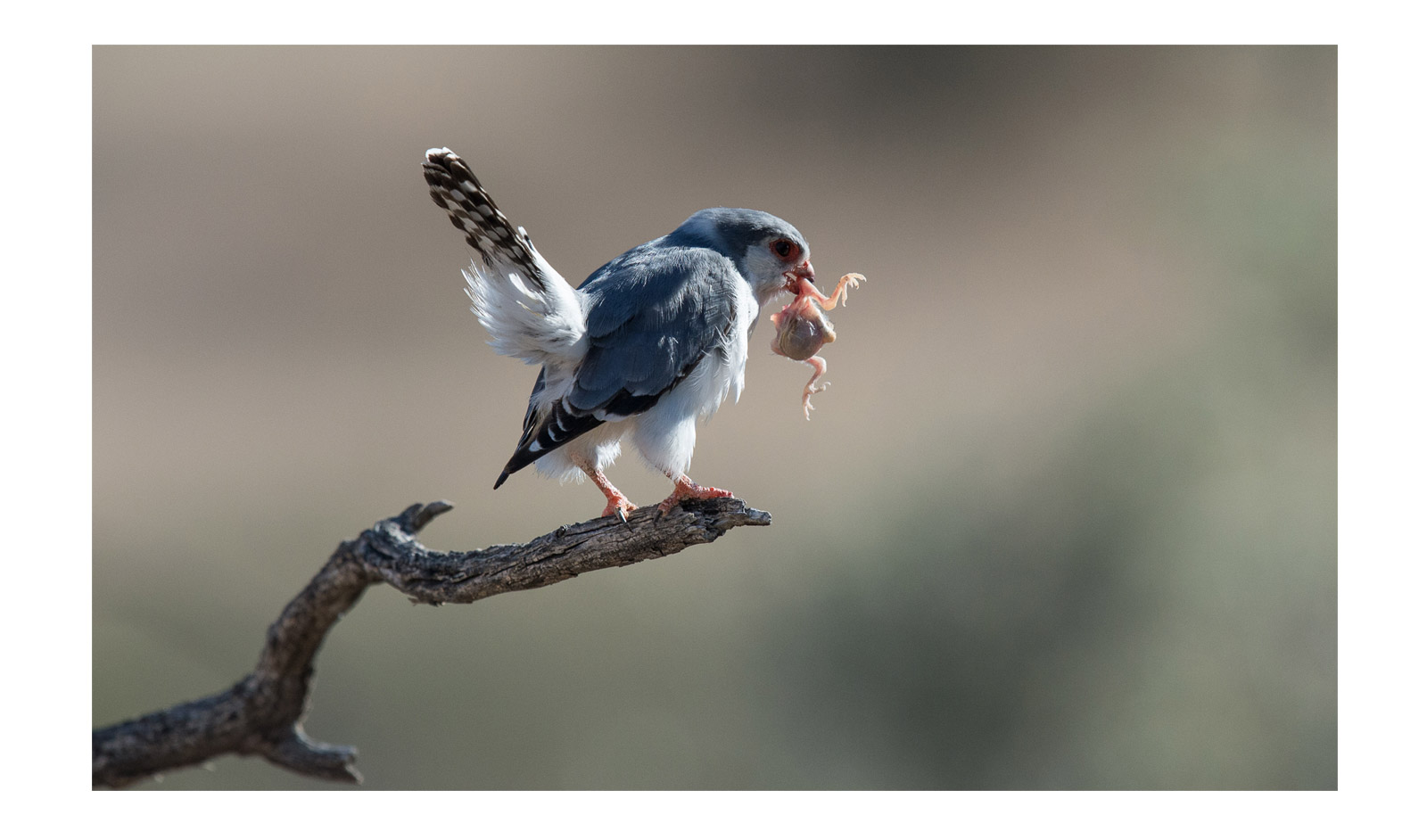 📷 Early morning at the social weaver nests looking for the very special pygmy falcon. This guy, who shares his house with these weavers, caught one of the babies and had it for breakfast. 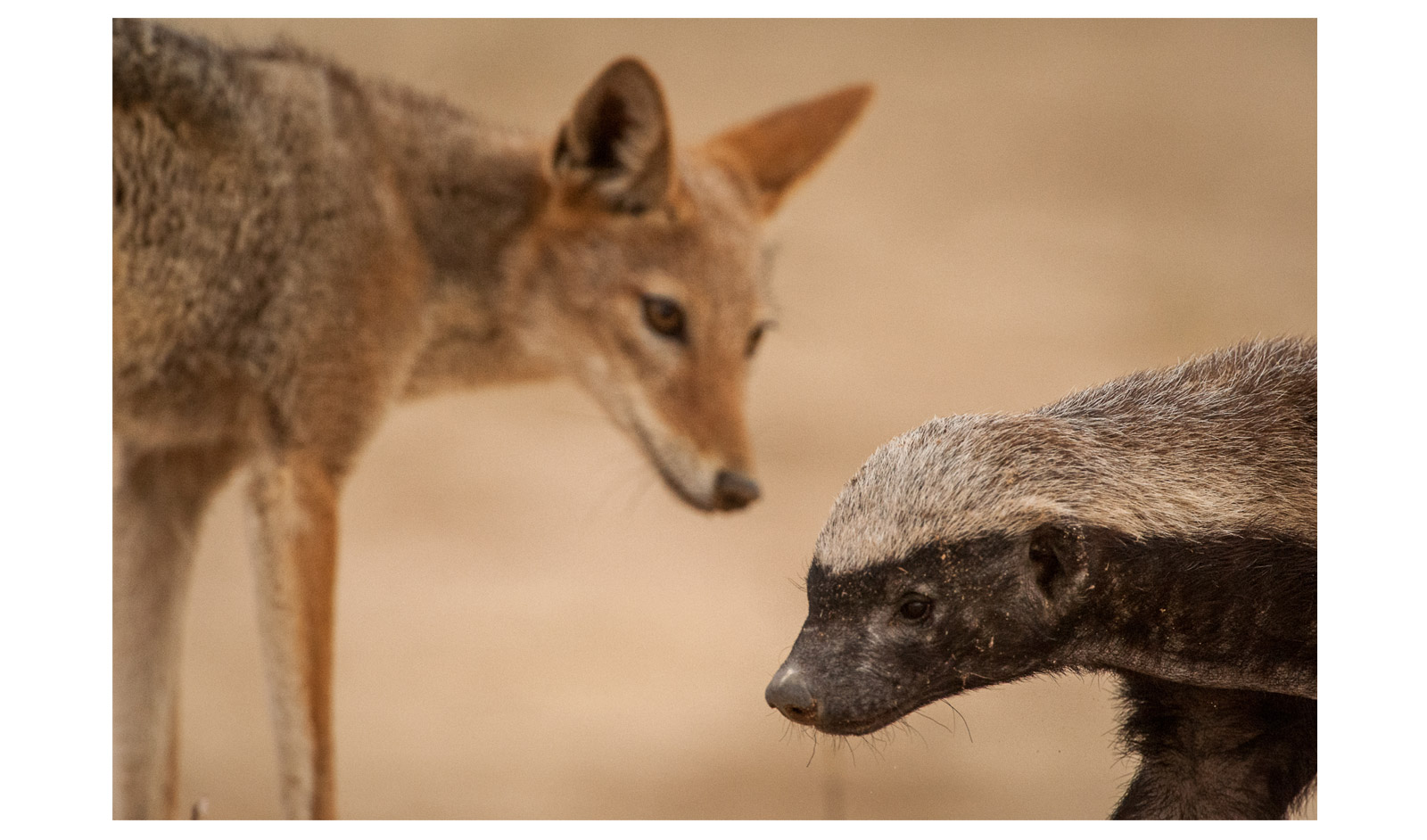 📷 Honey badgers are very shy, and you are lucky if you see them. Close to Marie-se-Draai, this badger was so relaxed that I watched him hunt for at least 15 minutes. Two jackals were standing around waiting for a mouse to escape out of the other hole so they could get a free meal. 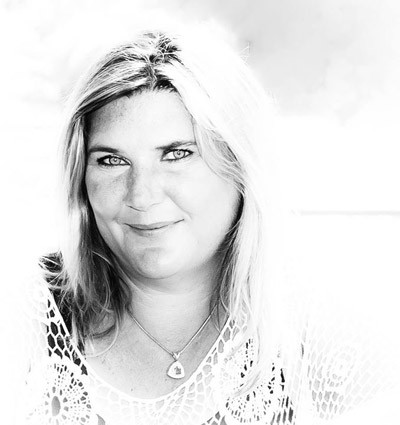 CORLETTE WESSELS’ passion for photography started as a child, influenced by her father “who took photos of everything”. Corlette’s husband gave her her first camera, a Minolta that changed her life. As Corlette’s interest grew, she upgraded to new and better equipment. She aims to elicit an emotional response in the viewer. Her favourite place in the world is the Kgalagadi. Hers is a deep connection to the animals and bush – quite simply the love of her life. You can read more about Corlette’s adventures and see more of her photography on her website below.