A hyena with a lion’s head

Although adult lions have no natural predators, it is clear that many die a violent death. Sadly, humans are often to blame, but more often than not lions are the main culprits for other lions’ deaths.

Lions can inflict fatal injuries on each other: either in territorial disputes between prides, or through food aggression at a kill between hungry pride members. Male lions are very defensive of their pride’s territory and will aggressively repel nomadic interlopers, even a stray female. These fights often result in serious battle wounds and even death.

It is quite rare to witness one of these conflicts, but safari-goers staying at Chindeni Bushcamp in South Luangwa recently came upon the rather gruesome aftermath of one such duel. Guest, Verna Poorbaugh from the USA, takes up the story: “We were on a game drive when I happened to catch some movement in the bushes. Our guide, Peter Milanzi, stopped, backed up and waited so that we could see what it was. Out of the bushes came a hyena, and to our surprise, it was carrying a lion’s head, and was headed directly towards us. Since it was a young lion, our guide, Peter, thinks that it was probably killed by two older male lions that wanted to take over a pride and were eliminating any possible competition. He also suggested that maybe the reason the hyena was coming so close to our vehicle was that he saw it as security from the other lions.” Although no-one actually witnessed the battle, as an experienced and highly qualified guide, Peter is probably quite correct in his interpretation of the situation. It is highly likely that the younger lion was killed by older, stronger antagonists, who would then leave the remains for the hyenas and vultures to dispose of.  No other evidence was found, and the true story of what befell the poor lion will no doubt remain a mystery… Yet another one of those bush secrets that perplex and amaze us every day. 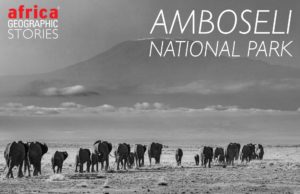