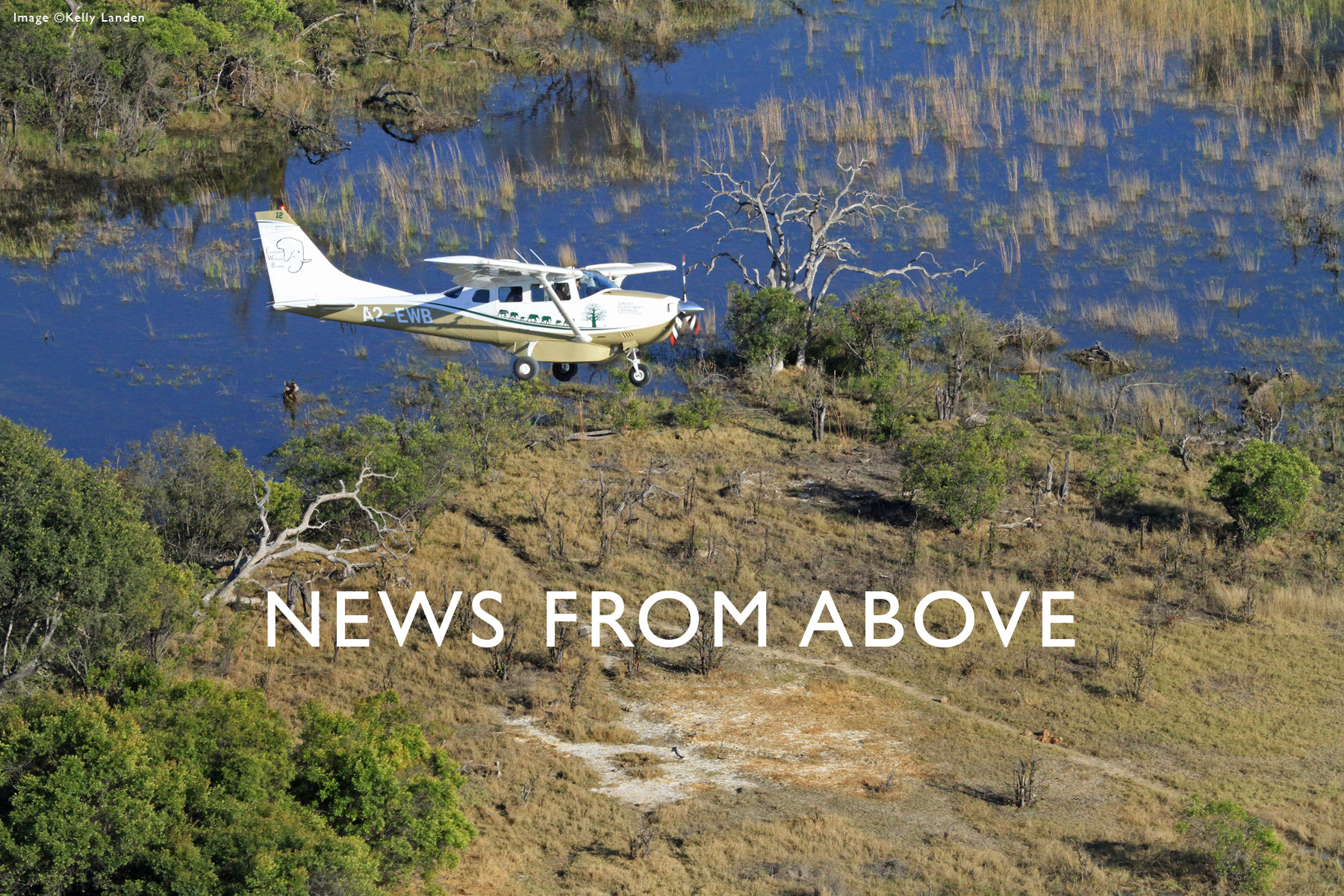 A BIRTHDAY, AN ELECTION AND A WHOLE LOT OF ELEPHANTS

Mike Chase, leader of the Great Elephant Census, mailed me just before his birthday on Wednesday. Mike is a quiet man: he never calls, he never writes – you can’t blame him since he spends most of his time in a tiny airplane – so I thought something serious must be up. The last time we spoke was after his aerial survey of Ethiopia with its dwindling number of elephants. He was quite depressed back then, and this latest mail started: ‘Bad news travels fast, especially about elephants,’ and my heart sank.
His mail went on: ‘After 60 days of flying, 316 hours over 110 000 sq km, tomorrow, on my birthday, we complete flying the Botswana segment of the Great Elephant Census. The best present ever – no fresh poached elephant carcasses seen on the entire survey. A dramatic and uplifting reversal to the dark news that typically surrounds elephants. They also say sometimes good news spreads even faster.’ The least I can do is spread that news.

A 2012 count put Botswana’s elephant population at 133,088 making it the largest population in all of Africa. In a phone call later Mike explained that the population appears healthy, that numbers are stable if not rising, and that herds are increasing their range. ‘In an area south east of Lake Ngami we spotted a family herd of one hundred and fifty elephants and another of eighty. You’ve got to understand,’ he chimed, ‘herds haven’t been recorded here in one hundred to one hundred and fifty years. They are recolonising their historical range.”

Mike was just as excited about the other species he had seen and is confident Botswana will see an increase in wildlife numbers over the coming years. Mike puts this success down to Botswana’s President Ian Khama who has taken extraordinary steps to conserve wildlife, bucking an African governmental trend of mismanagement, ignorance and corruption.
Since taking office in 2008 Khama has steered the country beyond relying on diamond mining and diversified the economy by focusing on the agriculture and tourism sectors. The latter is almost entirely wildlife-based. The Botswana Defence Force is directly involved in protecting wildlife. That Khama was once commander of the armed forces no doubt inspires a firm hand in its administration. The military is active and visible. They are seen patrolling wildlife areas, particularly remote corners of Botswana where poaching is most likely, and people know to take these well-armed men seriously.

‘In a 2010 survey, 20% of all elephant carcasses we saw were poached. This year, we saw none,’ says Mike. One of the most significant and controversial of Khama’s measures was to ban hunting this year. Many worried that the tourism sector would see a loss of income from hunters and a rise in poaching on land that is no longer under the control of hunting operators. ‘But now the elephants are walking these old hunting roads,’ says Mike. Like much of Africa, Botswana’s tourism trade might suffer due to Western misconceptions about Ebola*, but it is normally robust and attractive, with The Okavango Delta’s new status as a World Heritage Site being the latest feather in its cap.

*There are no cases of Ebola in Botswana. The country is approximately 4,500km from the centre of the outbreak, and a total travel ban on people arriving from affected countries, Sierra Leone, Liberia, Guinea, Nigeria and DRC has been implemented.

Bad news travels fast and that’s what we hear most often. Some of it is sensationalist. A common cry is that elephants will die out at the current rate of poaching. It resonates in the Western world where the scale of Africa is vastly underrated, a continent three times the size of the USA with 56 nations only seen as one dark entity. But there is a light in the south of this vast continent where poaching is on the decrease and elephants are thriving. ‘They won’t die out. What I’ve recorded in Botswana is that we will always have elephants if the political will is there to conserve them.’
Today, President Khama is running for re-election as Botswana goes to the polls. Imagine if elephants could vote.