On the trail of giants: Giraffe research and conservation in Tanzania

Witnessing a herd of giraffes on the African savanna today is like stepping back in time a million years, to the Pleistocene era when many species of ‘megafauna’ roamed the Earth.

Despite being an African icon and one of the planet’s last megafauna, giraffes have become endangered throughout Africa due to habitat loss for agriculture, deforestation for charcoal, and bushmeat poaching. Giraffe numbers have plummeted to the point where they are now vulnerable to extinction with fewer than 100,000 individuals. 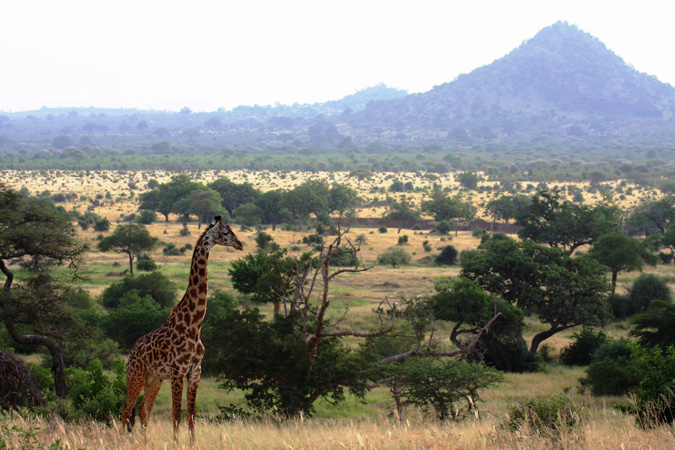 Tanzania is a stronghold for giraffes, and the Maasai giraffe subspecies is the national animal. Yet few people here are aware of the plight of these gentle giants. We feel it is our job as scientists to bring this issue to light and provide data-driven solutions.

Through our organisation, the Wild Nature Institute – a science and education non-profit – Dr. Derek Lee and I began photographing individual giraffes in 2011 to build a demographic database on giraffes across the Tarangire ecosystem in northern Tanzania.

The Tarangire ecosystem is second only to the world-famous Serengeti ecosystem in giraffe density, and Tarangire supports its own distinct ‘great migration’ of wildebeests and zebras, but most of the land is unprotected.

Human populations and agriculture have boomed in recent decades, causing substantial habitat loss and fragmentation, and bushmeat poaching is also a serious problem. Giraffes are hunted with motorbikes and machetes, and targeted with wire neck snares set in the trees.

We study wild giraffes using digital photography and pattern-recognition software to identify and monitor individuals by their coat patterns. Every giraffe has unique and unchanging spot patterns, much like the human fingerprint. These spot patterns enable us to identify and track thousands of individual giraffes. We can determine where and when we last saw the animal, whether a female was pregnant or nursing, and who else was in the herd.

Identifying animals through photographs enables scientists like us to obtain data on thousands of animals, sample sizes unheard of when using expensive and dangerous physical captures for tagging large mammals. Other recent studies have also used this methodology on wild dogs and cheetahs elsewhere in Africa. 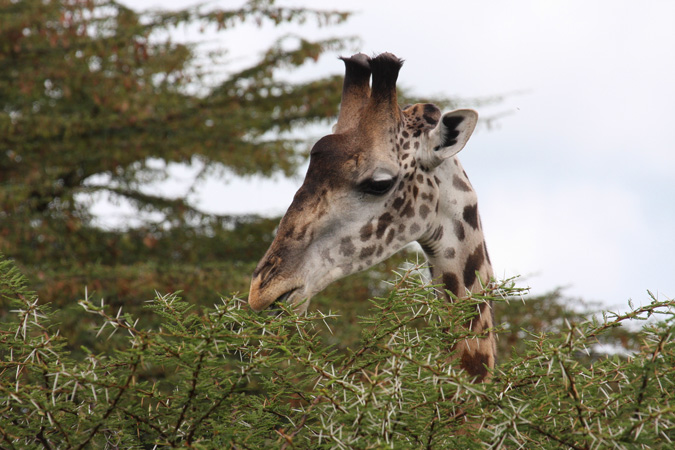 Wild Nature Institute’s goal is to assist Tanzanian wildlife agencies to locate, protect, and connect areas important for giraffes, so healthy populations can persist into the future. In our five years of research we have identified and are monitoring over 2,100 giraffes in the Tarangire ecosystem, representing the largest individually based demographic study ever conducted on this species.

Our objectives are to understand why some areas support high giraffe survival and reproduction while other areas do not, and offer insights into what may be the most effective conservation measures. Actions such as identifying and conserving important calving grounds and critical movement pathways will allow giraffes to continue roaming across this ecosystem as they have for eons. 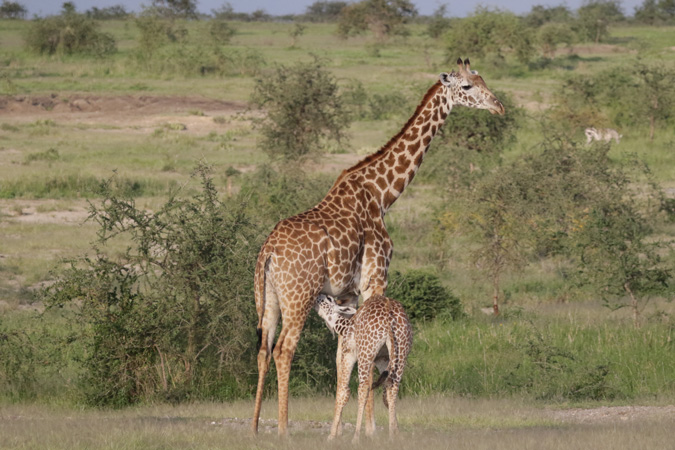 Our research has documented that adult female survival – critically important for sustaining populations – is higher in the national parks where anti-poaching measures are strong, so we recommended expanding these measures to areas outside the parks. Indeed, increased vigilance is needed even inside some protected areas, as a recent study of giraffes by Dr. Megan Strauss of the University of Minnesota found evidence of poaching deep inside Serengeti National Park.

Together with Dr. Strauss, we investigated ecological correlates and mortality rates of a skin disease affecting Maasai giraffe. We discovered that the disease is non-existent in more fertile soils, and that mortality among affected giraffes is no higher than in non-symptomatic animals, suggesting that immediate veterinary intervention is not currently needed.

In our most recent study, we revealed important links between migratory wildlife and resident giraffes (which do not migrate). When migratory wildebeests and zebras are seasonally in an area, survival of giraffe calves there is higher, because lions are focusing their attentions on the most abundant prey, the wildebeests and zebras. This is an excellent example of the complexity of the web of life, and how protecting one species means protecting them all.

However, Tarangire’s wildebeest population, which is genetically distinct and geographically isolated from the Serengeti population, is crashing because of habitat loss, bushmeat poaching, and disruption of migratory routes. Conserving the Tarangire wildebeest migration will have positive ripple effects throughout the ecosystem, benefitting threatened resident wildlife like giraffes, and sustaining Tanzania’s tourism economy. 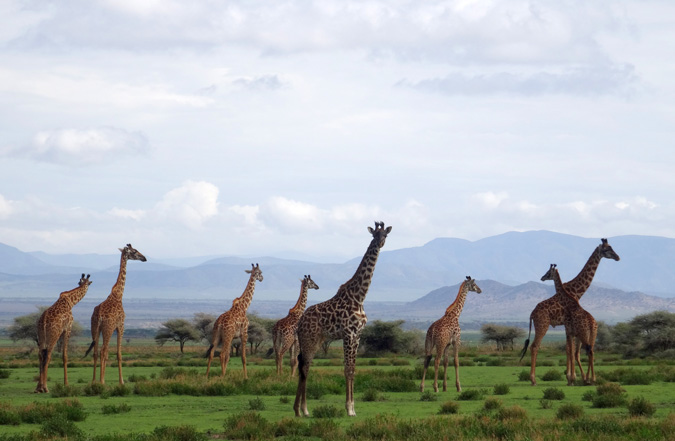 Much remains to be done to safeguard a future for wild giraffes. On-the-ground conservation efforts need to be supported, such as anti-poaching patrols and land-use planning in village lands to prevent animal movement corridors from being blocked. Environmental education also will build long-term support for community conservation.

Without increased awareness, this beloved animal will continue to slide quietly toward extinction. Visit Wild Nature Institute for more information about what you can do to help these gentle giants. 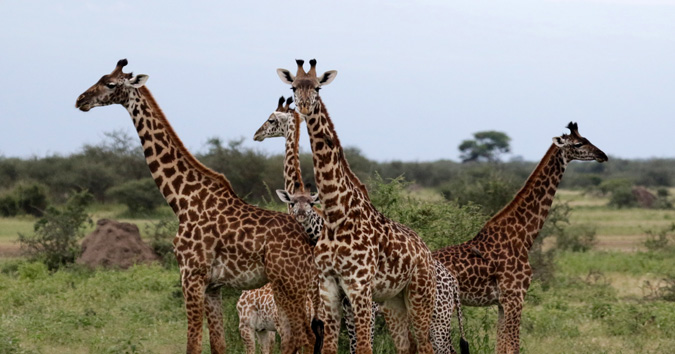