Getting to grips with Mokala National Park

After the epic Kgalagadi, I headed first to the impressive Augrabies National Park, and then Mokala National Park, which is south-west of Kimberley in the centre of South Africa.

Honestly, it took me some time to appreciate Mokala. It lacks the size and wildness of the Kgalagadi, which is one of Africa’s great wilderness areas. Although Mokala is located at the southern end of the Kalahari sand deposits, it is comparatively small, just 28 000 hectares, compared to Kgalagadi’s 3.2 million hectares. And Augrabies’ dramatic landscape is unique, compared to Mokala’s comparatively monotonous acacia woodland.

Mokala is located on old farm and hunting land, so there is much evidence of man’s influence. There are lots of gravel roads and management tracks, and parts of the veld have been transformed. The invasive, but indigenous, “swarthaak” (Acacia mellifera) has choked some of the woodland. So, yes, it’s always going to be a bit deflating going to Mokala, after what I experienced in the Kgalagadi and Augrabies.

But like all other parks I have visited, Mokala is unique in some ways, with it’s own distinctive flavour. It’s a critical area for the conservation (and breeding) of the endangered roan and sable antelope (numbering 65 and 50 respectively), while the disease-free buffalo (numbering 350) are some of the most impressive I have seen. These species are sold to game farms around the country, generating valuable revenue for national parks. According to Deon Joubert, park manager of Mokala, about R28 million has been generated in the last seven years from the sale of endangered species.

For photographers, be prepared to work hard. Landscape shots are very tricky, and it’s hard to get an elevated view point, because of the flat landscape. The animals are also difficult to photograph, because of the dense woodland, especially in the south-west of the park. The Vaalbos road in the north-east, however, is superb for open grasslands. The gemsbok are very skittish, probably because they are regularly captured and sold to game farms, but the buffalo are very relaxed and make for great photo subjects.

In terms of accommodation, Mokala’s Mosu Lodge comprises of several thatched chalets that are fully equipped for self-catering. Some of the chalets don’t have any views, because they are built in front of each other, but there’s still a good “bush” ambience. The Lillydale Lodge in the north-east comprises of 12 chalets perched on the edge of the Riet River ravine, so they have great views, and the interiors are fantastic. But the main dining area lacks the traditional national parks atmosphere (probably because it’s an old farmhouse that has been converted to tourism use). There are restaurants at both Lillydale and Mosu.

The best accommodation spot at Mokala is the wonderful tree house. It’s in the middle of nowhere, and although it’s basic, it’s my kind of place. Unfenced, away from the noise of the camps, and perched halfway up a copse of acacia trees. It can’t be booked online, so you have to call the park to book directly – (053) 204 0158. 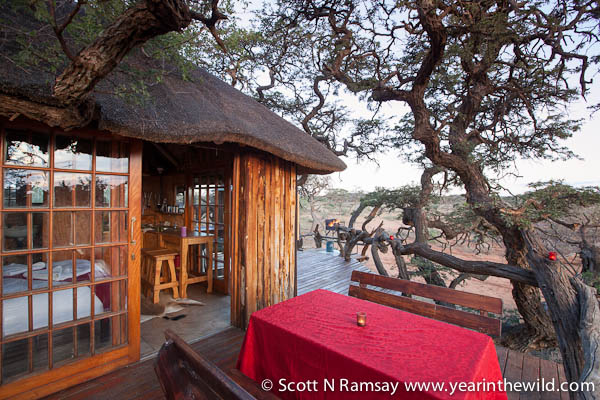 There are no large predators at Mokala. The biggest is the black-backed jackal. But Deon did tell me that they are investigating putting lions into the park, although they might be separated in a large fenced off section, away from the endangered species like roan and sable.

After a few days of exploring Mokala, I did start appreciating it, especially when the thunderstorms rolled in, and the skies cracked with fire and fury. If you can see past the highly managed state of the environment, and forget that it’s basically a large farm for the breeding of endangered species, then Mokala is worth a visit.

Finally, I have to mention Kabelo Mothupi. He is one of the best guides I have met in the national parks network, and is enthusiastic, friendly and ever willing to impart what he knows. He’s a real asset to the park, and although he’s only just arrived (having worked at Marakele National Park before), he’s getting to know the park quickly… so get on a game drive with Kabelo when you go! 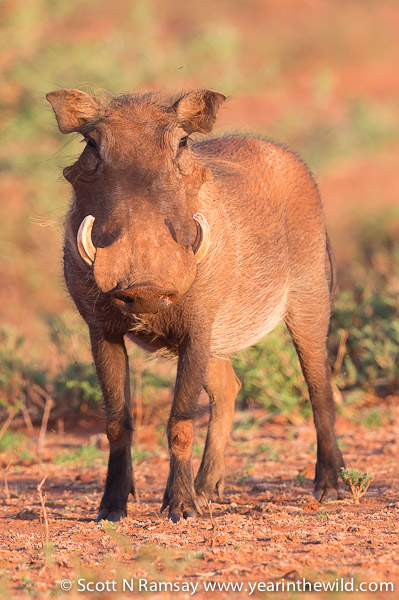