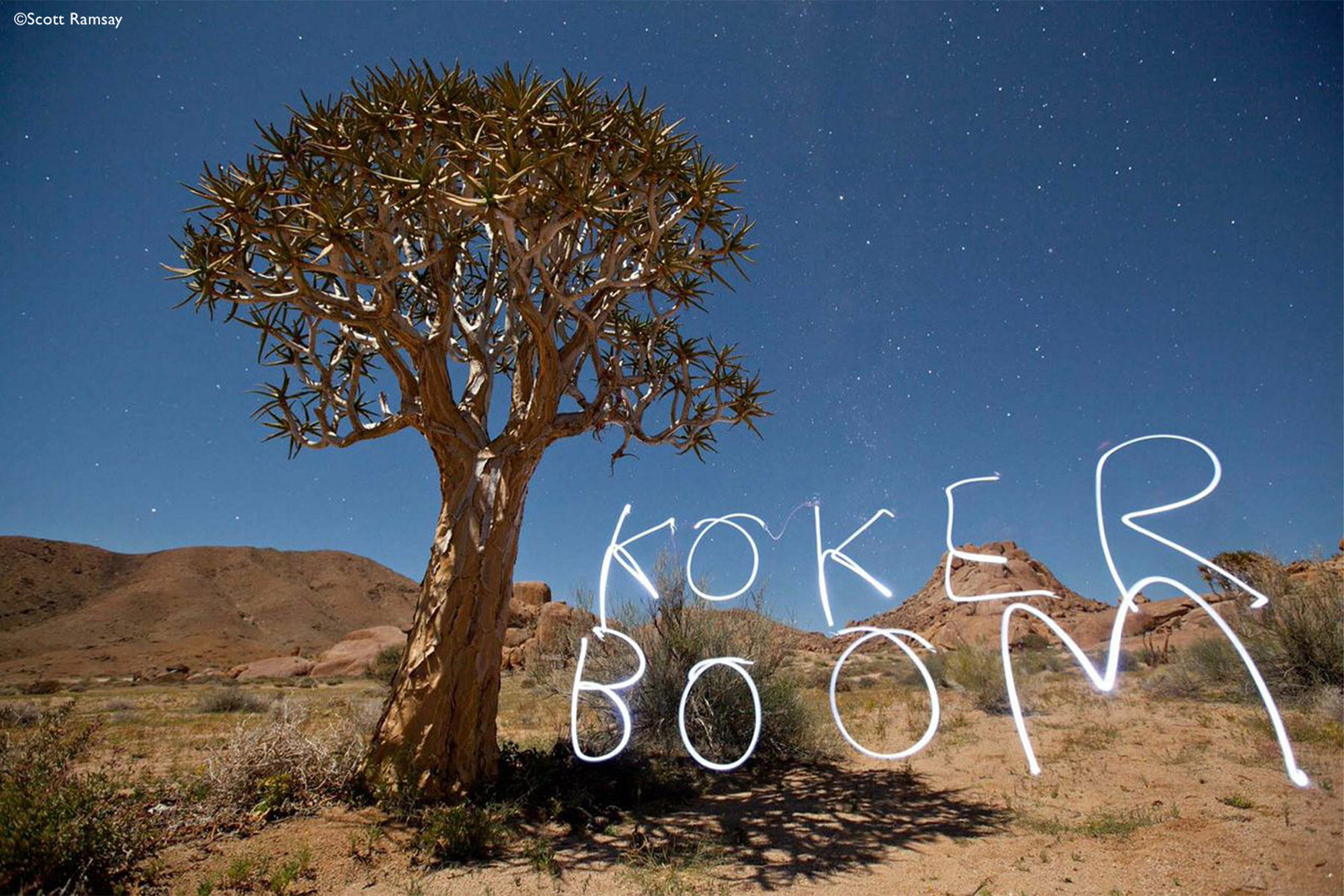 A MERE GLIMPSE OF SOUTHERN AFRICA’S
NATIONAL PARKS AND RESERVES 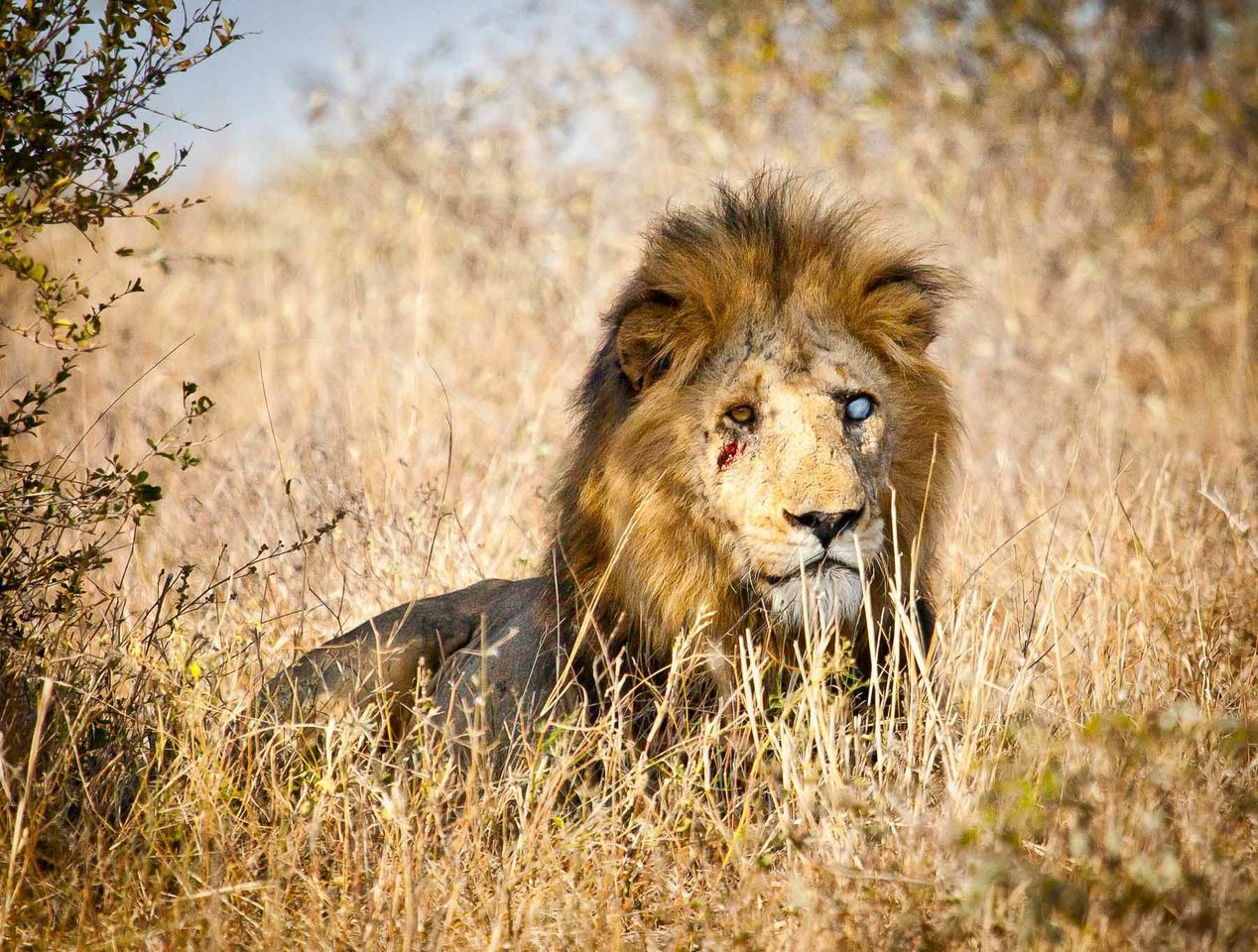 A lion encountered while walking on foot with ranger Irving Knight near Lower Sabie in Kruger National Park, South Africa. 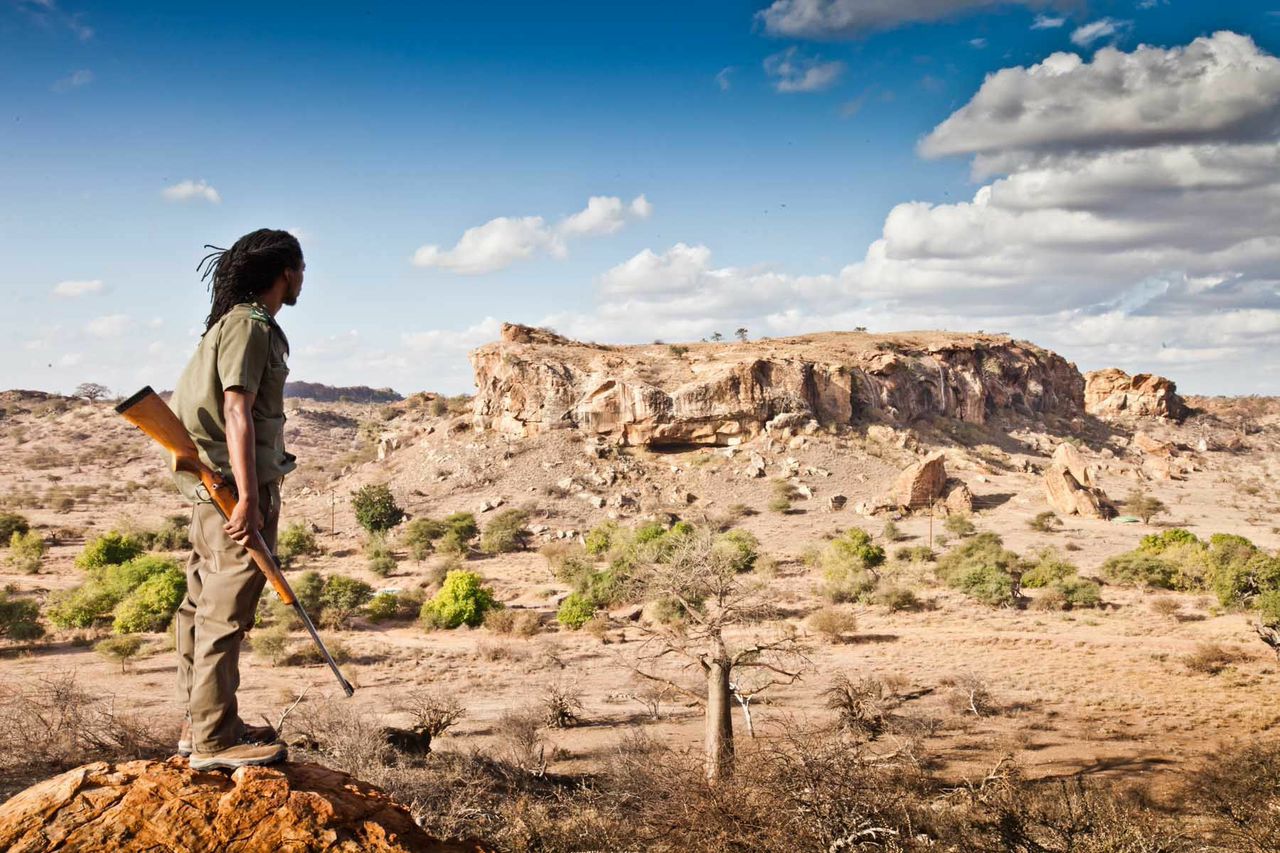 Ranger Cedric Sethlako looking towards Mapungubwe Hill, the archeological site of the oldest formal settlement in South Africa, dating back to 1000AD. 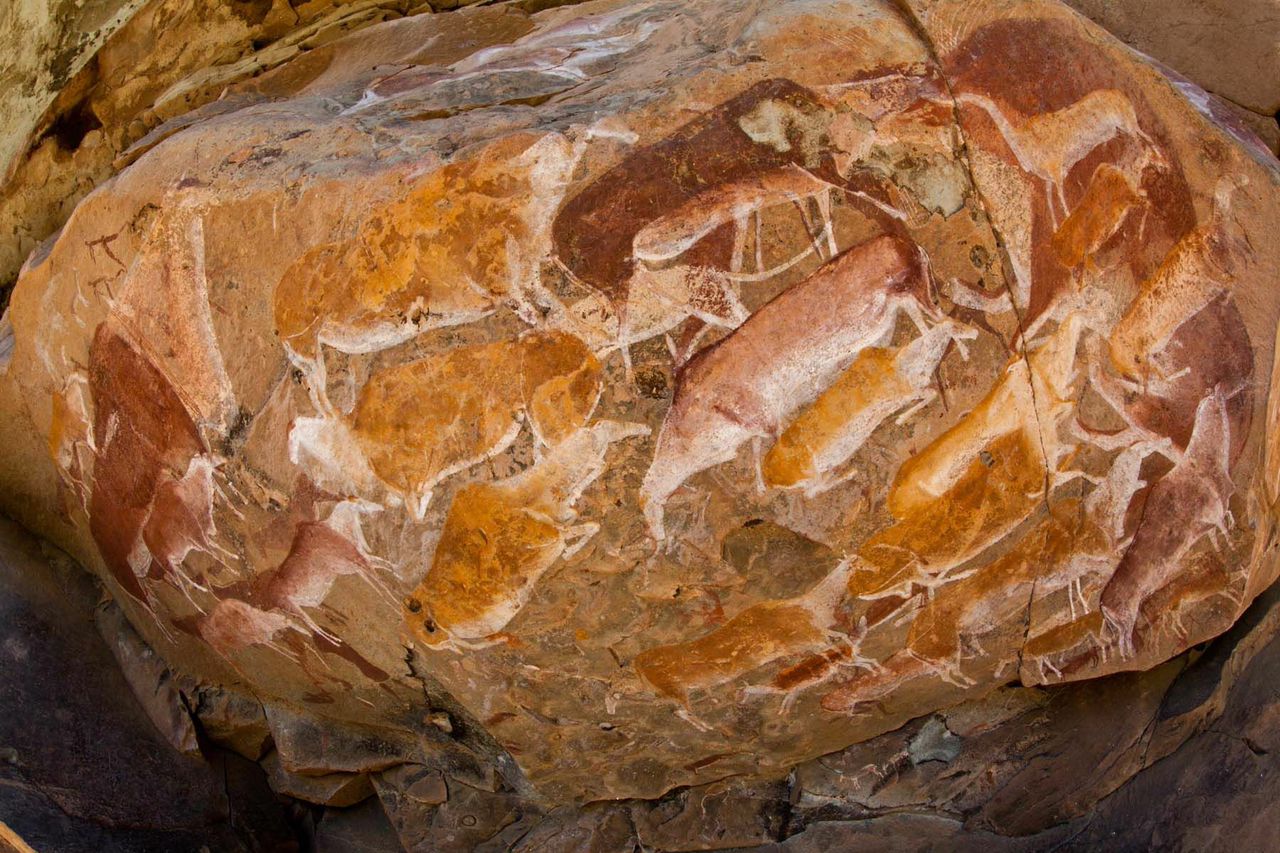 One of the most impressive rock art sites in Africa, Elands Cave near Cathedral Peak in uKhahlamba-Drakensberg, KwaZulu Natal, South Africa. 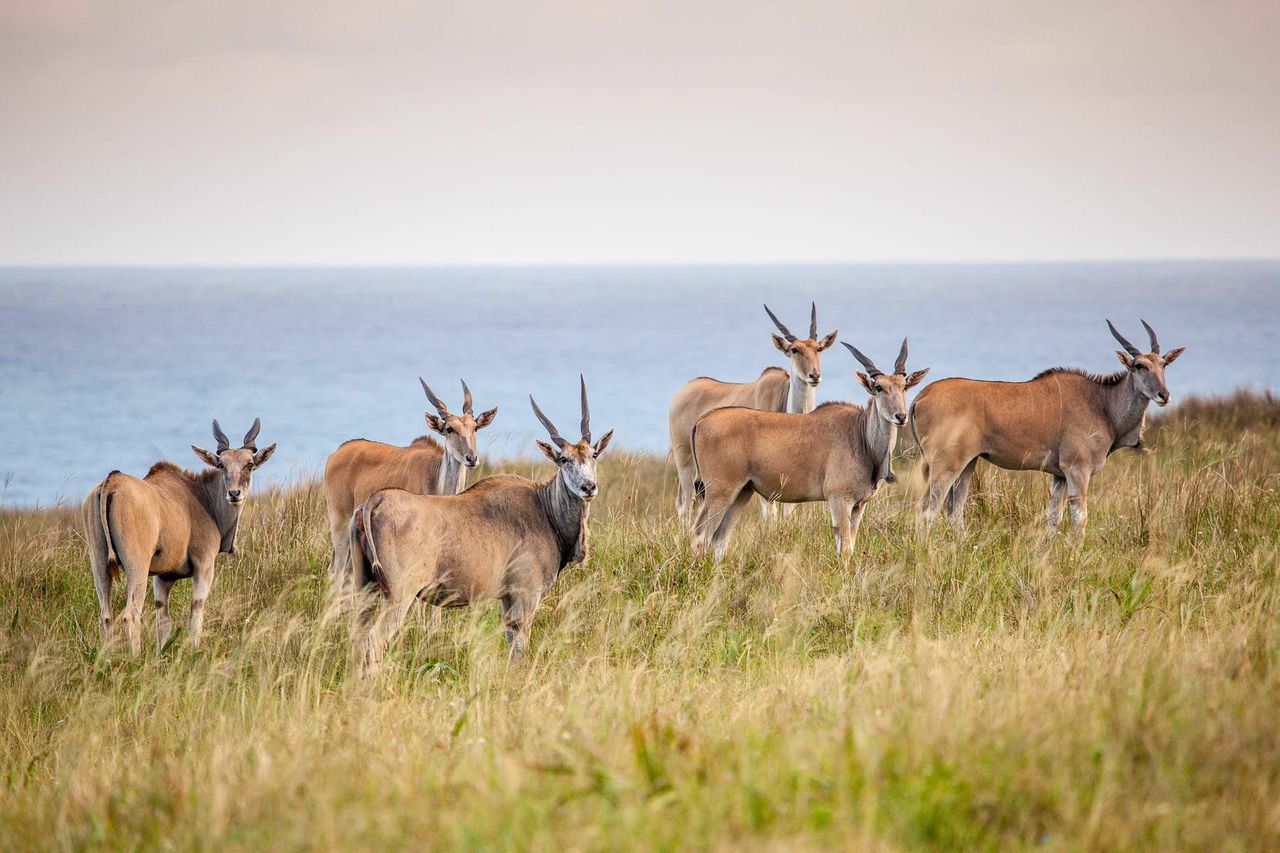 A herd of Eland in Mkambati Nature Reserve on the Wild Coast in the Eastern Cape, South Africa. 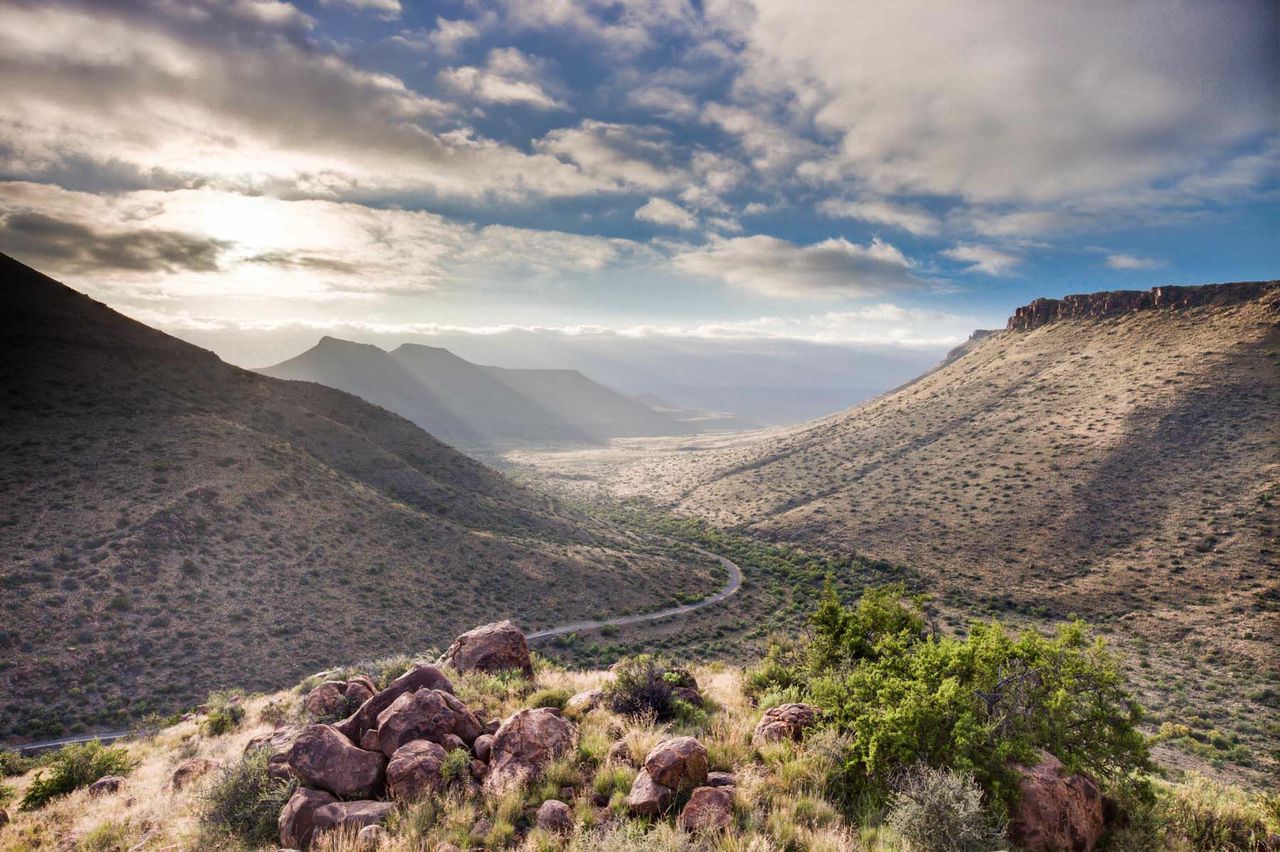 The Karoo National Park near the town of Beaufort West, South Africa. 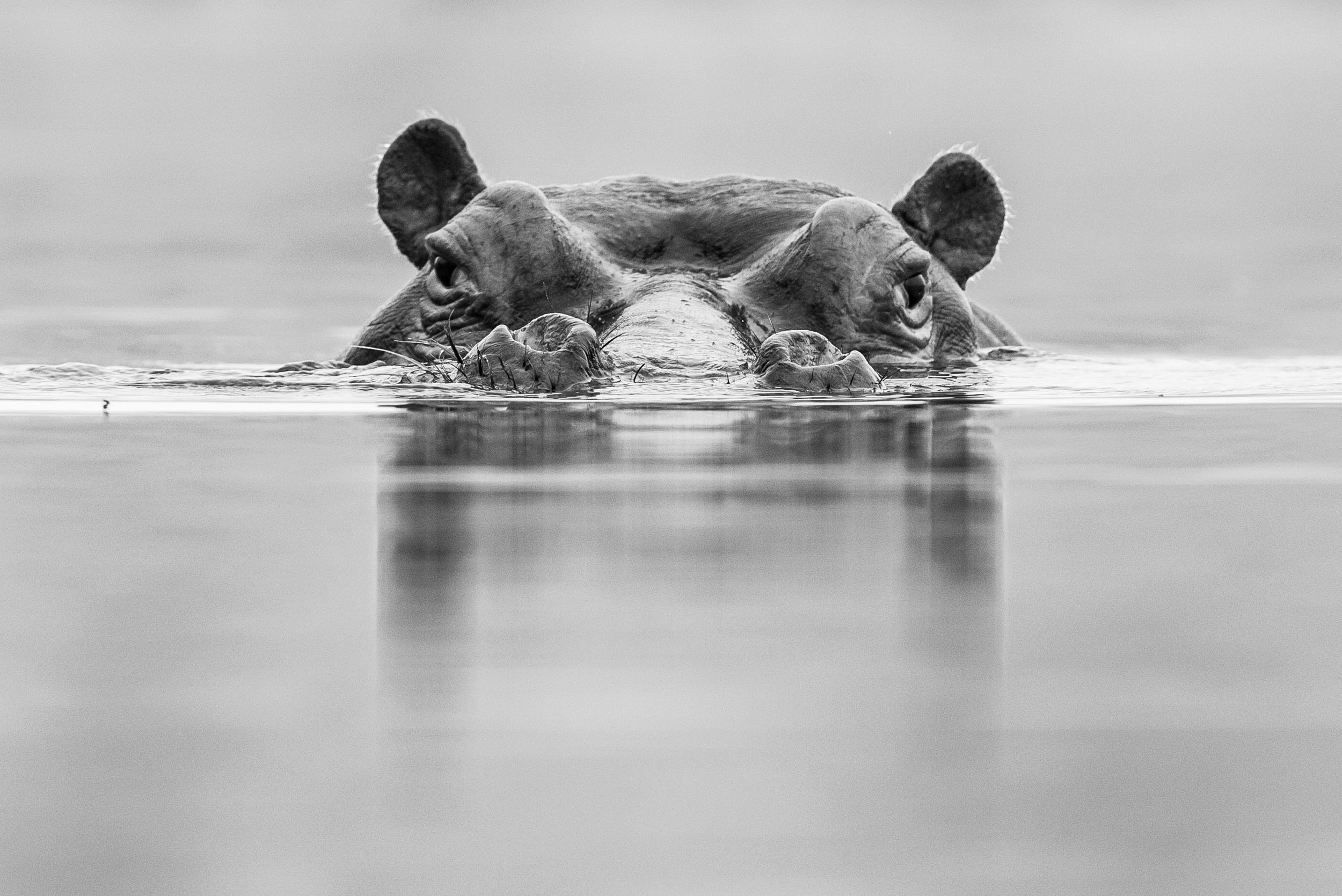 A hippo in its element in Kruger National Park, South Africa. 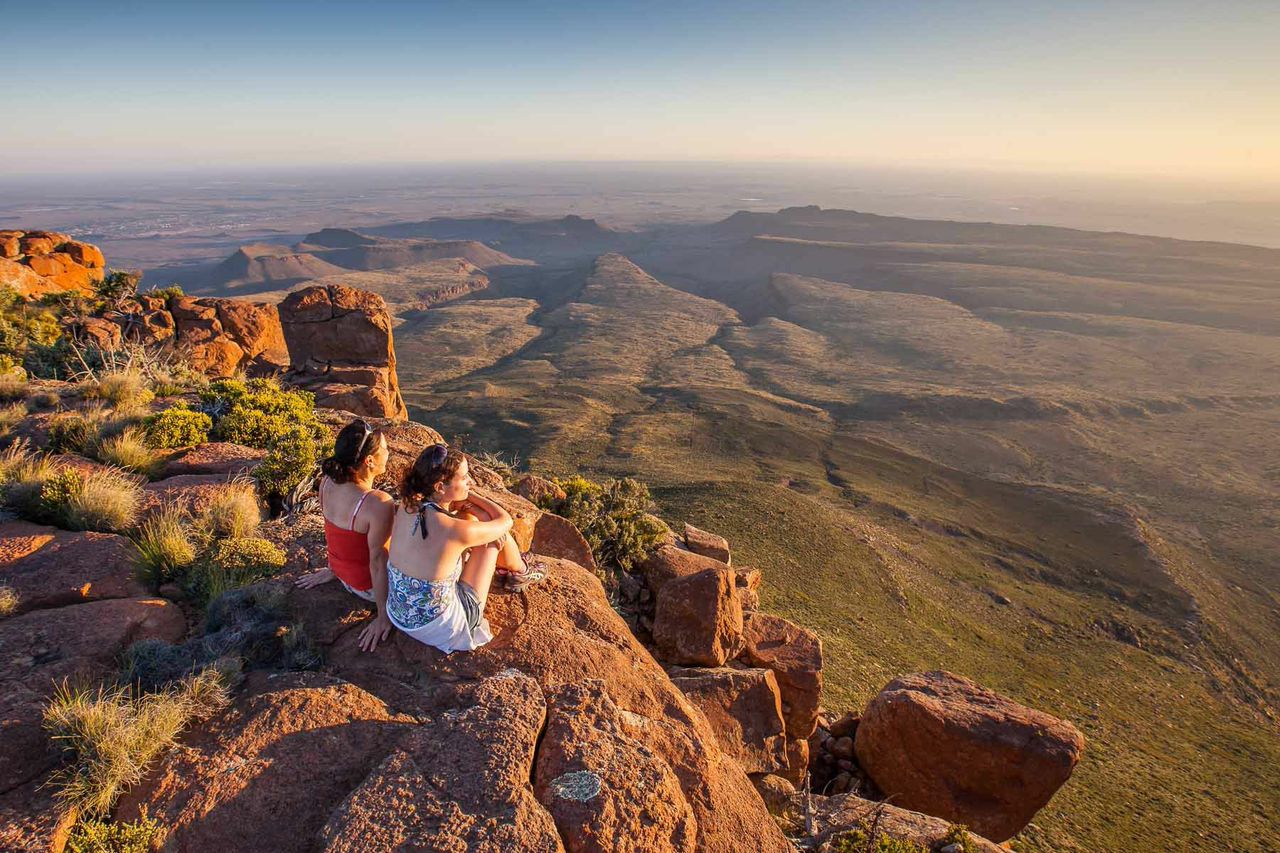 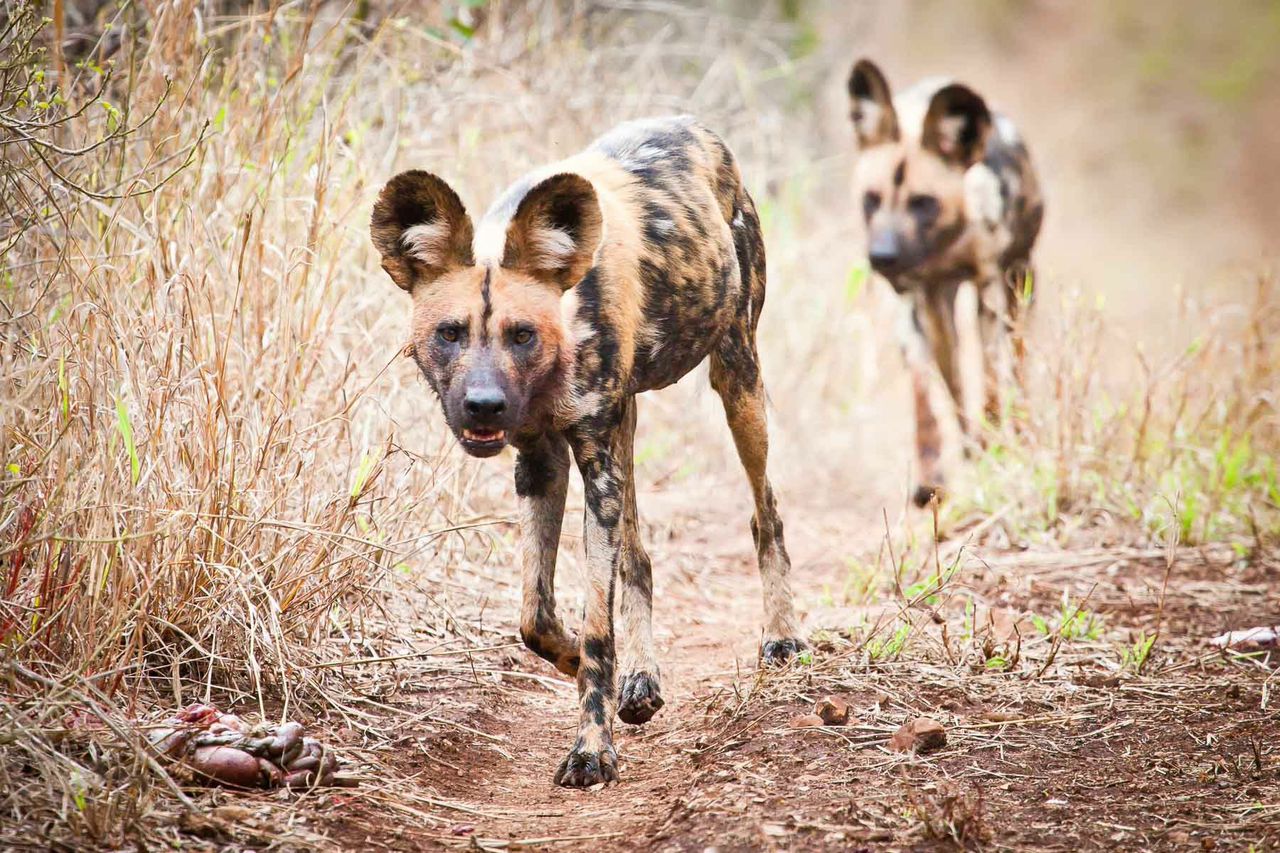 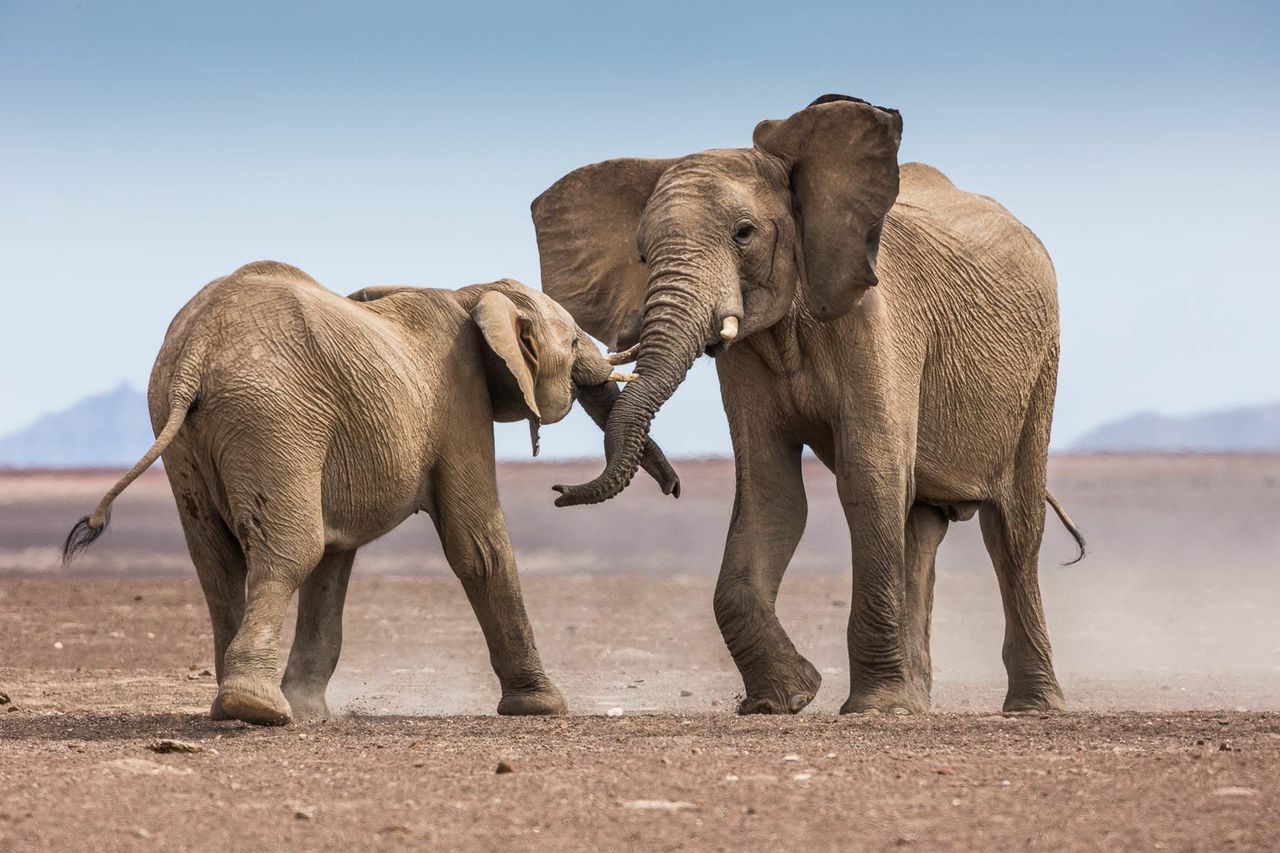 Desert adapted elephants of the Kunene region of Namibia. 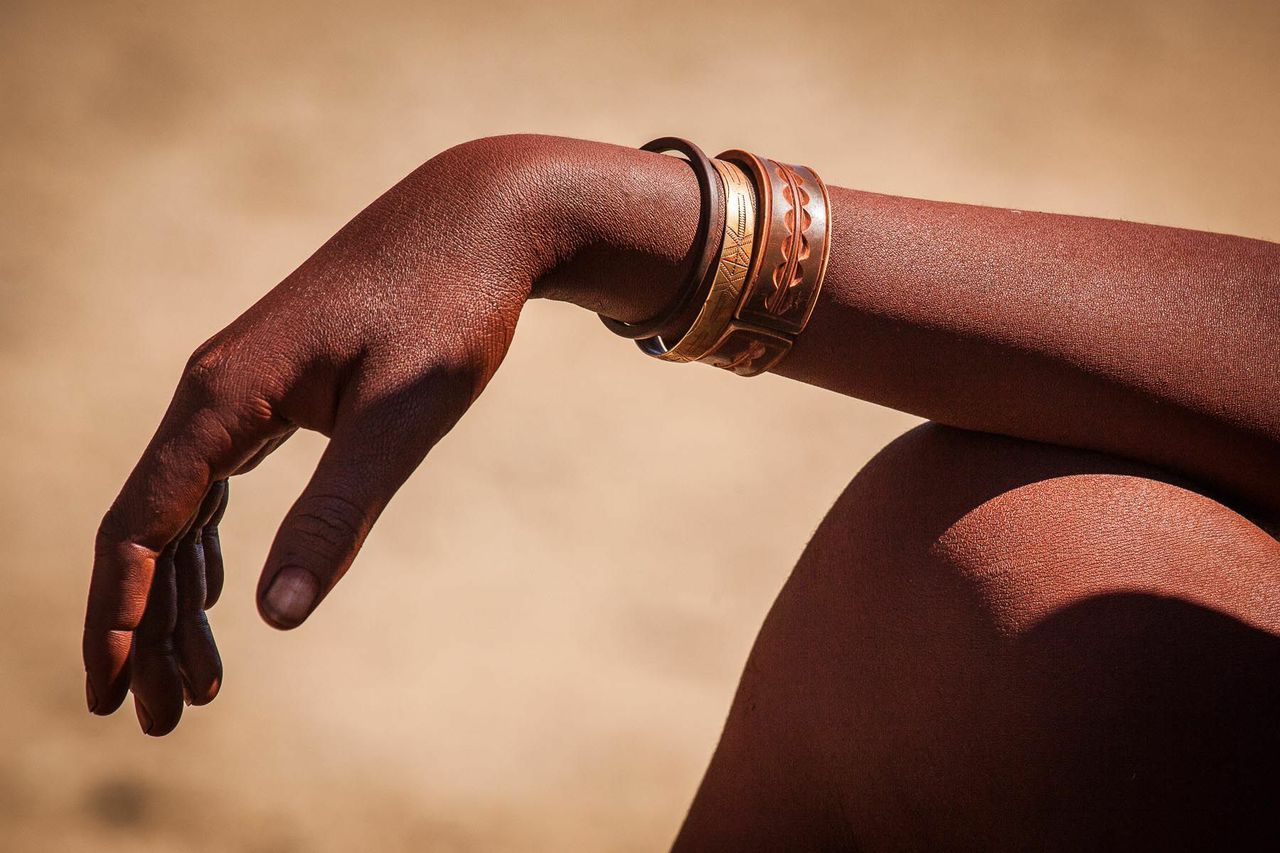 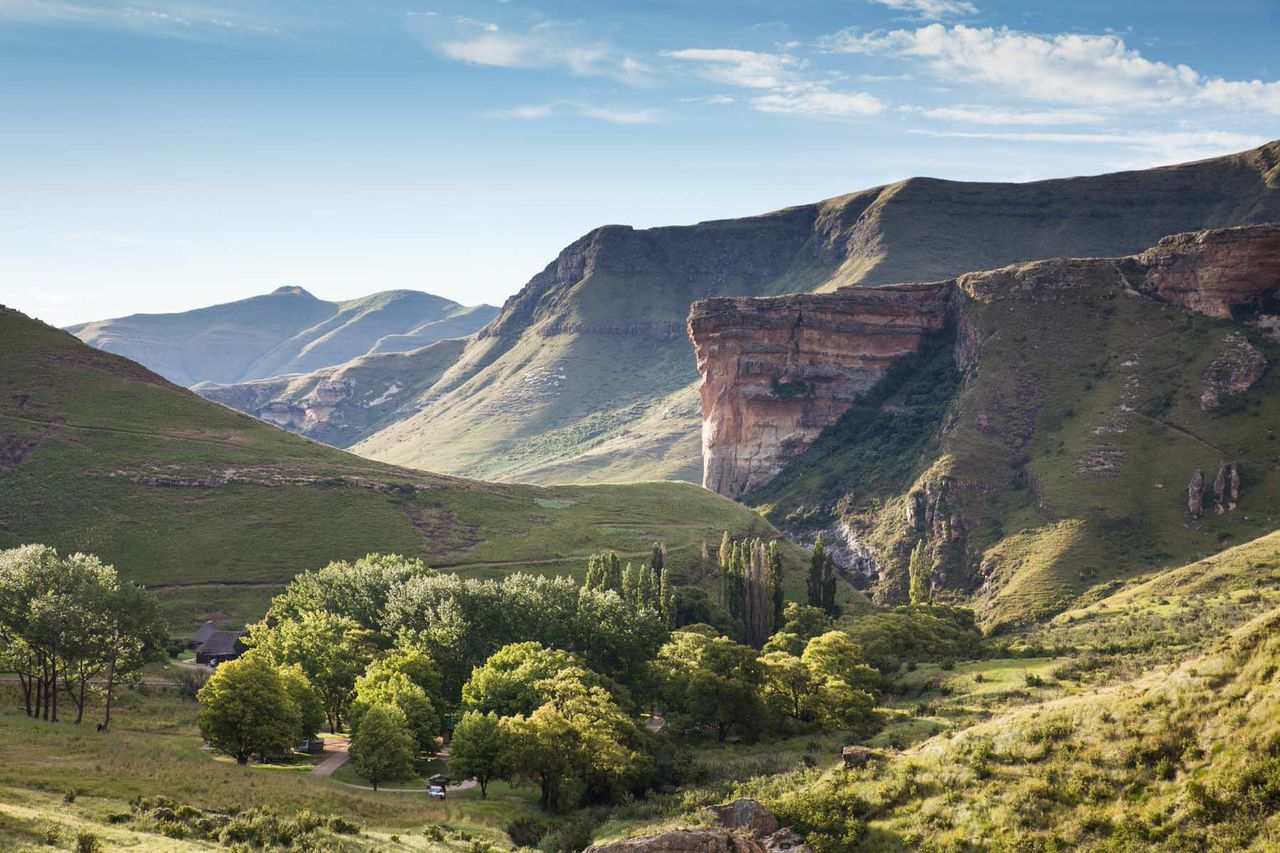 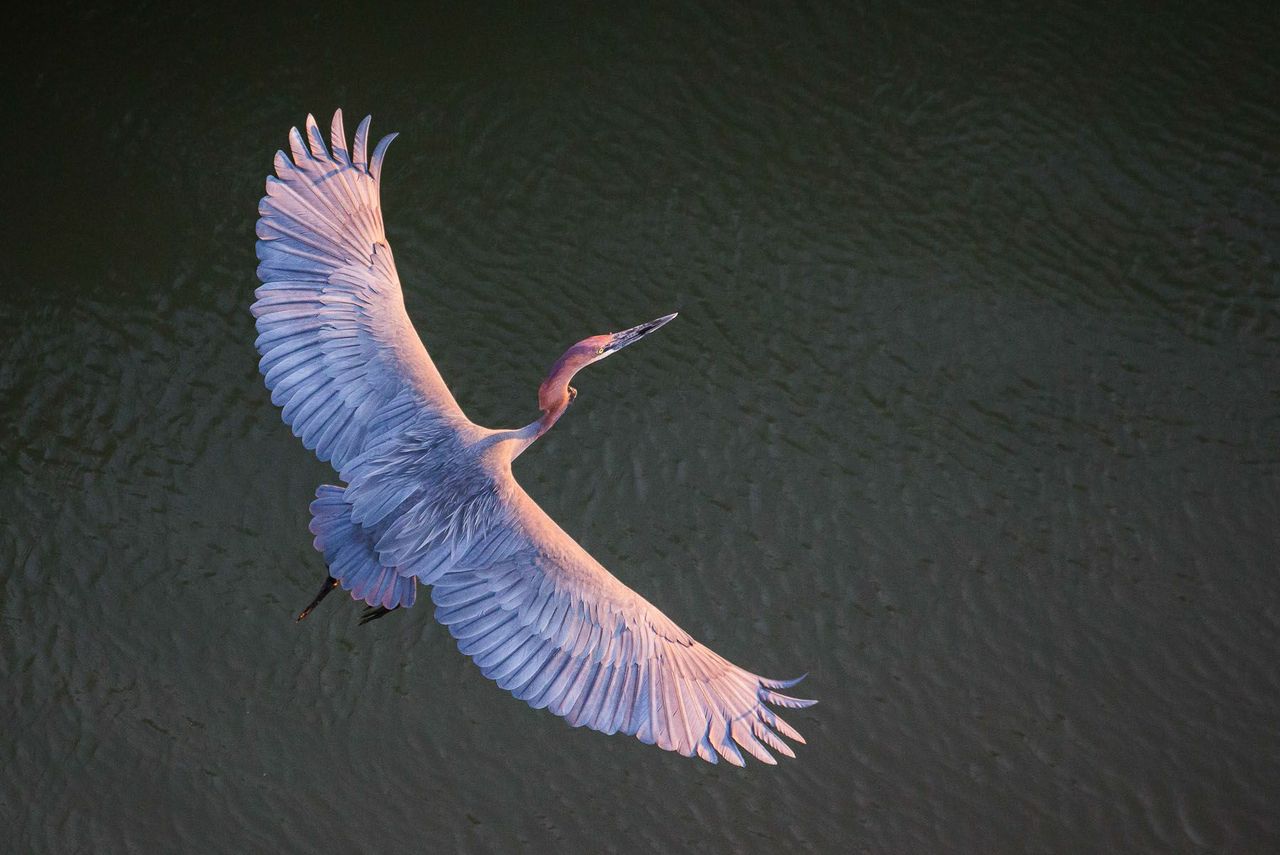 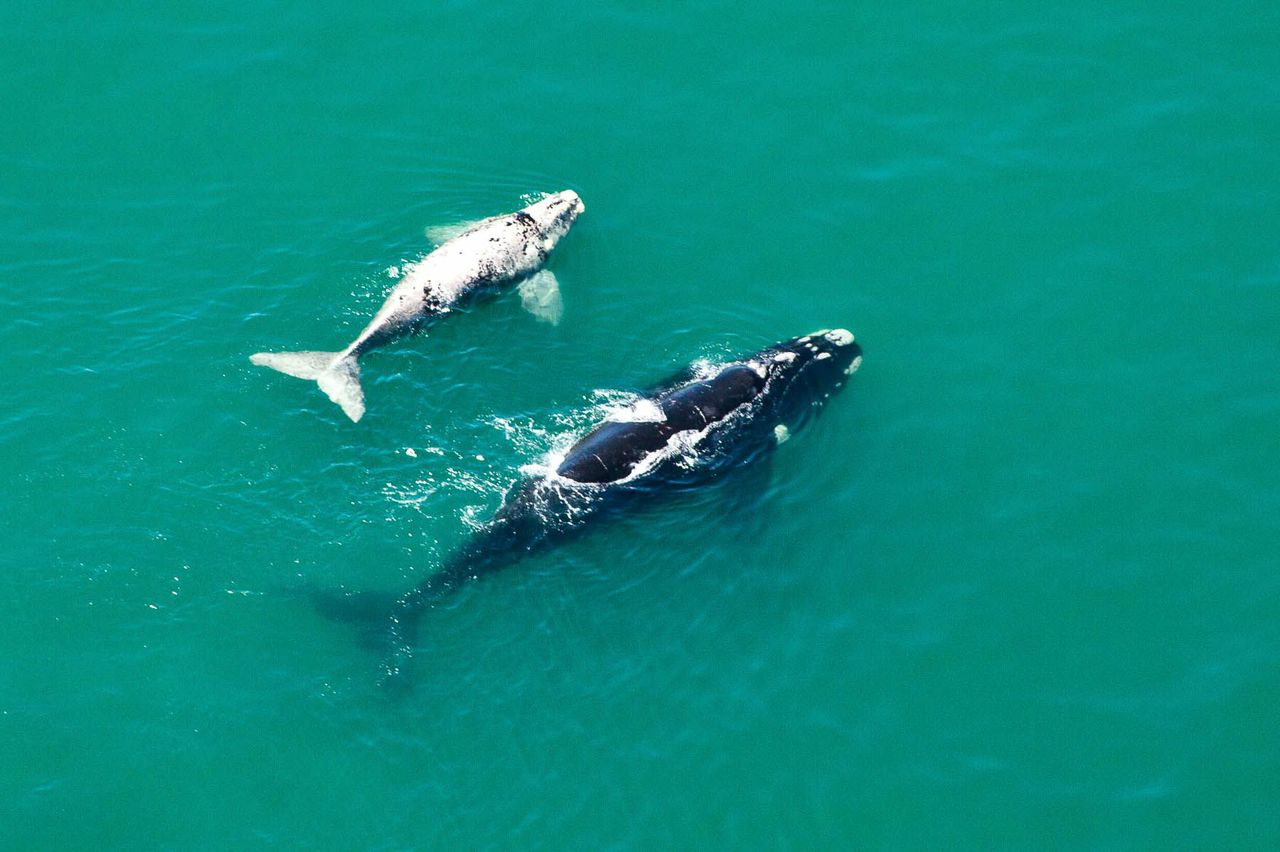 South Africa’s marine protected areas play an invaluable role in the conservation matrix. This southern right whale and her calf were photographed while flying over Table Bay near Cape Town with pilot Jean Tresfon. 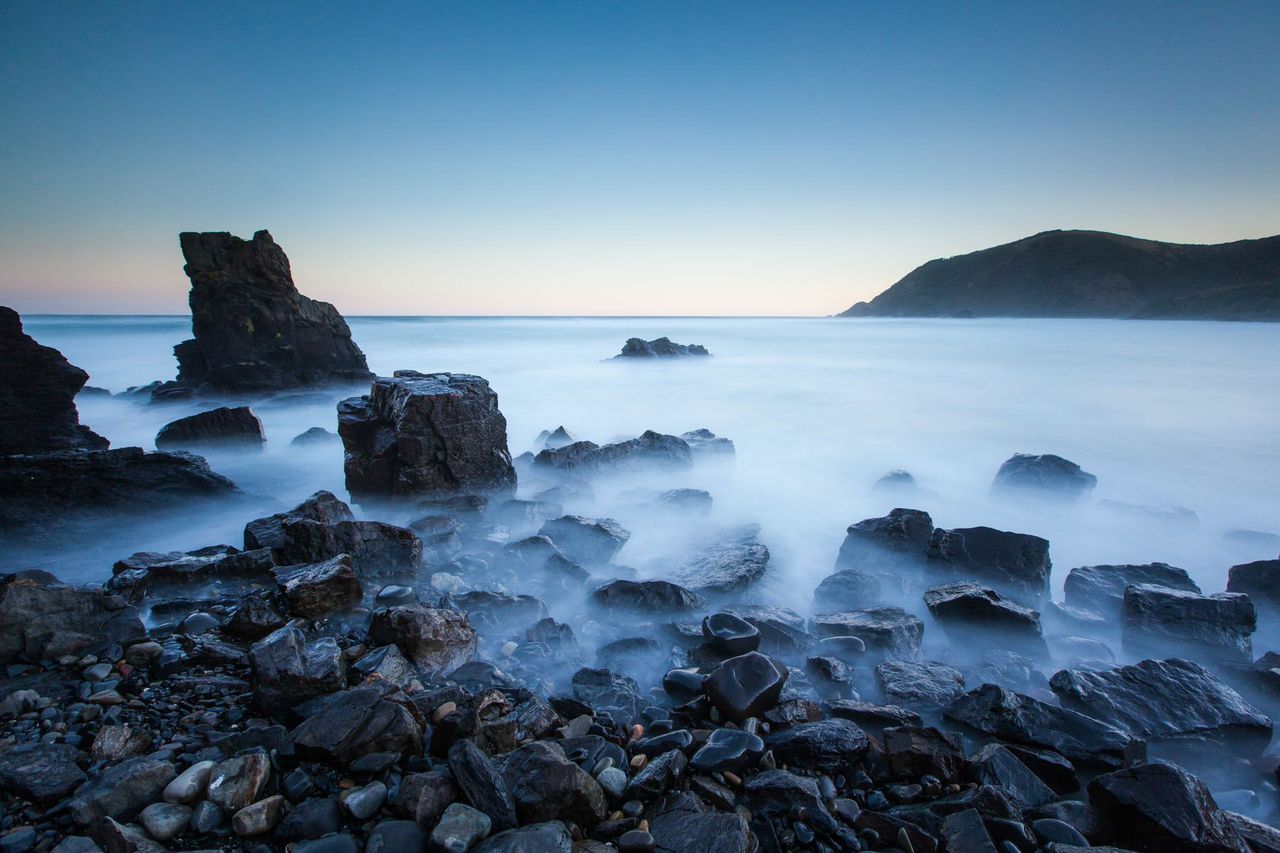 Silaka Nature Reserve on the Wild Coast in the Eastern Cape, South Africa. 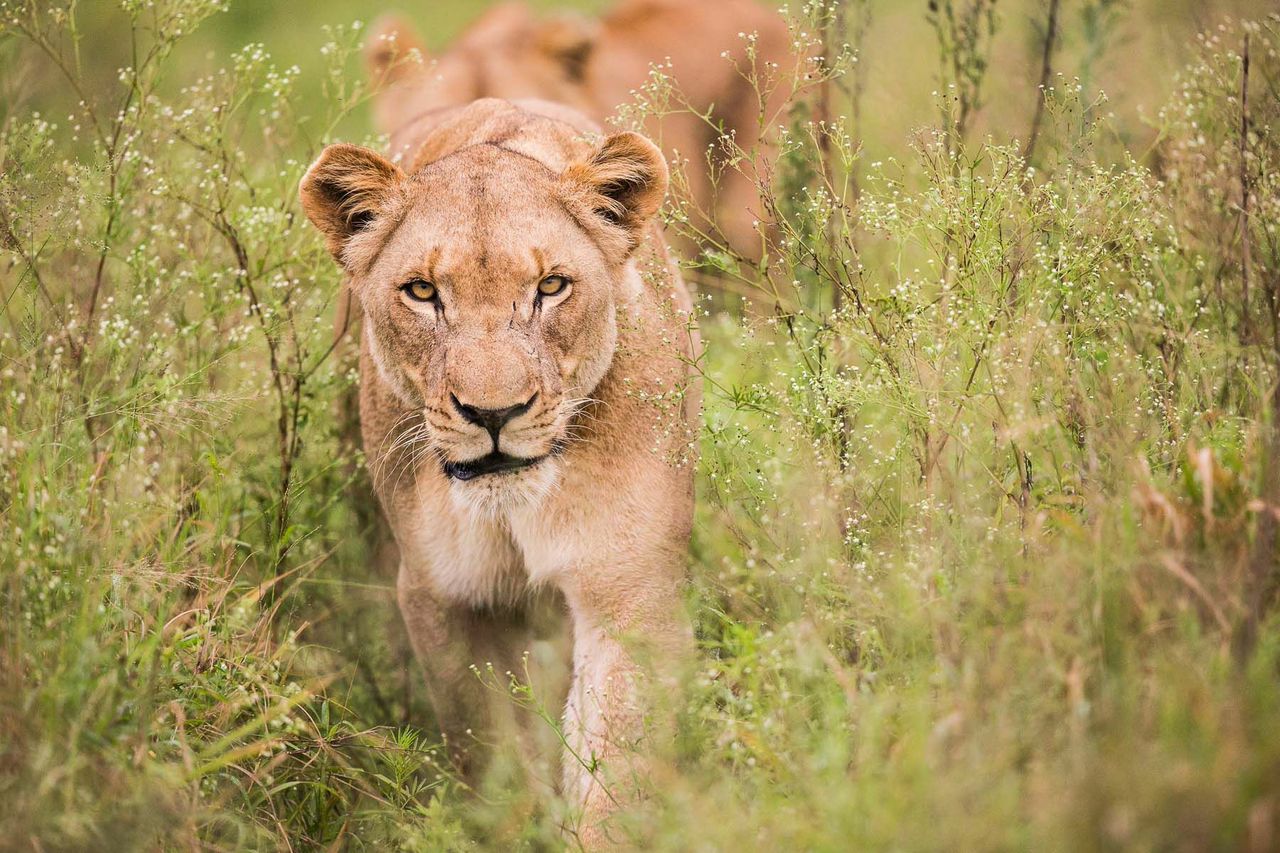 Lionesses on the move in Hlane Royal National Park, Swaziland. Conservationist Ted Reilly and his team have restored lions and more than 20 other large animal species to the little kingdom of Swaziland. 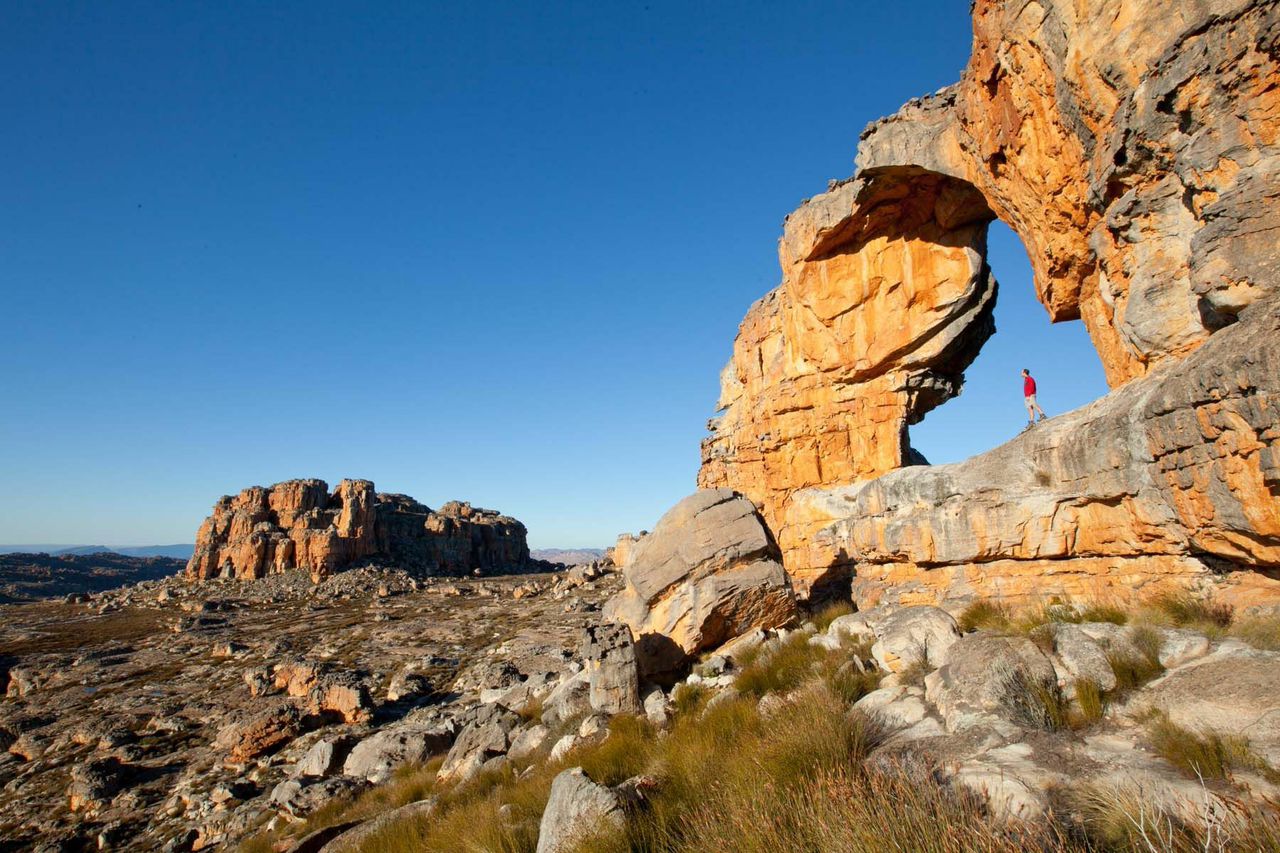 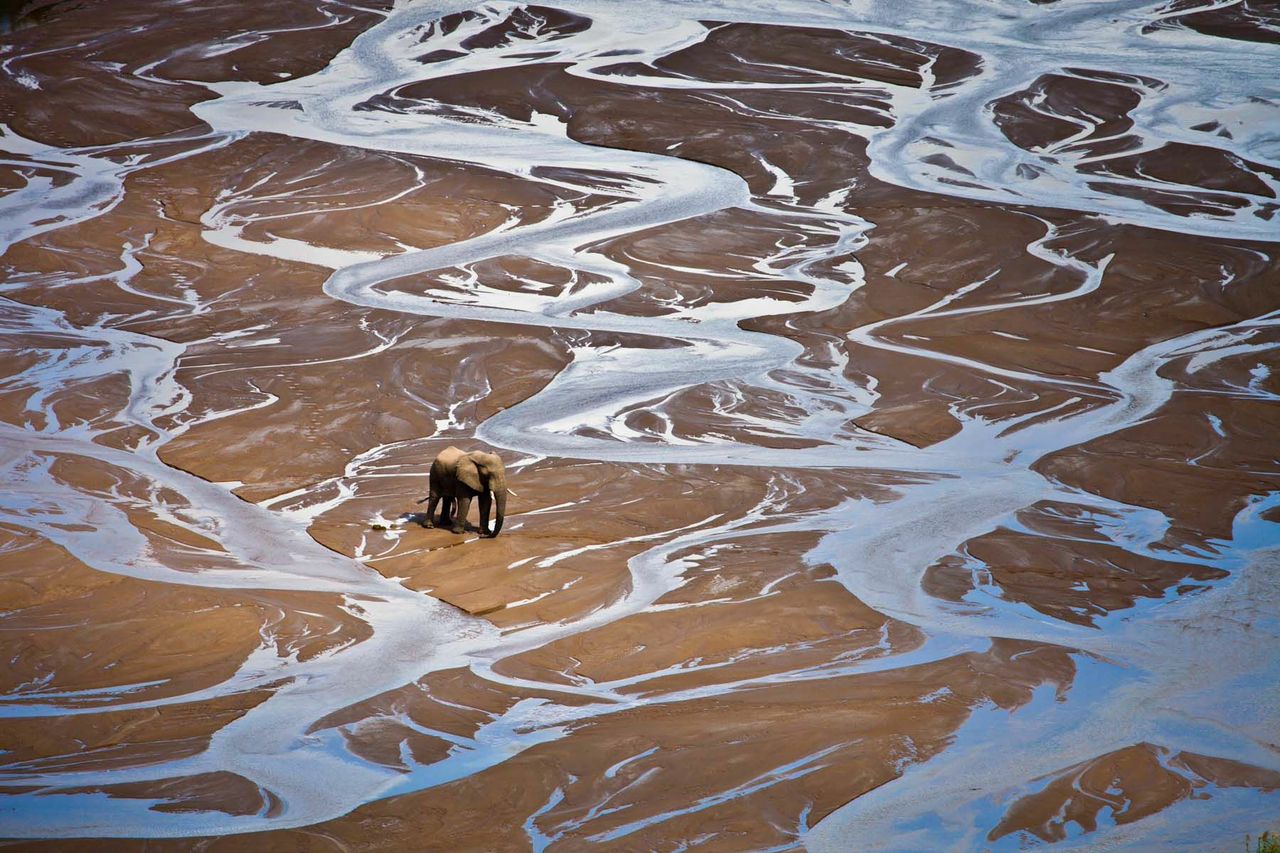 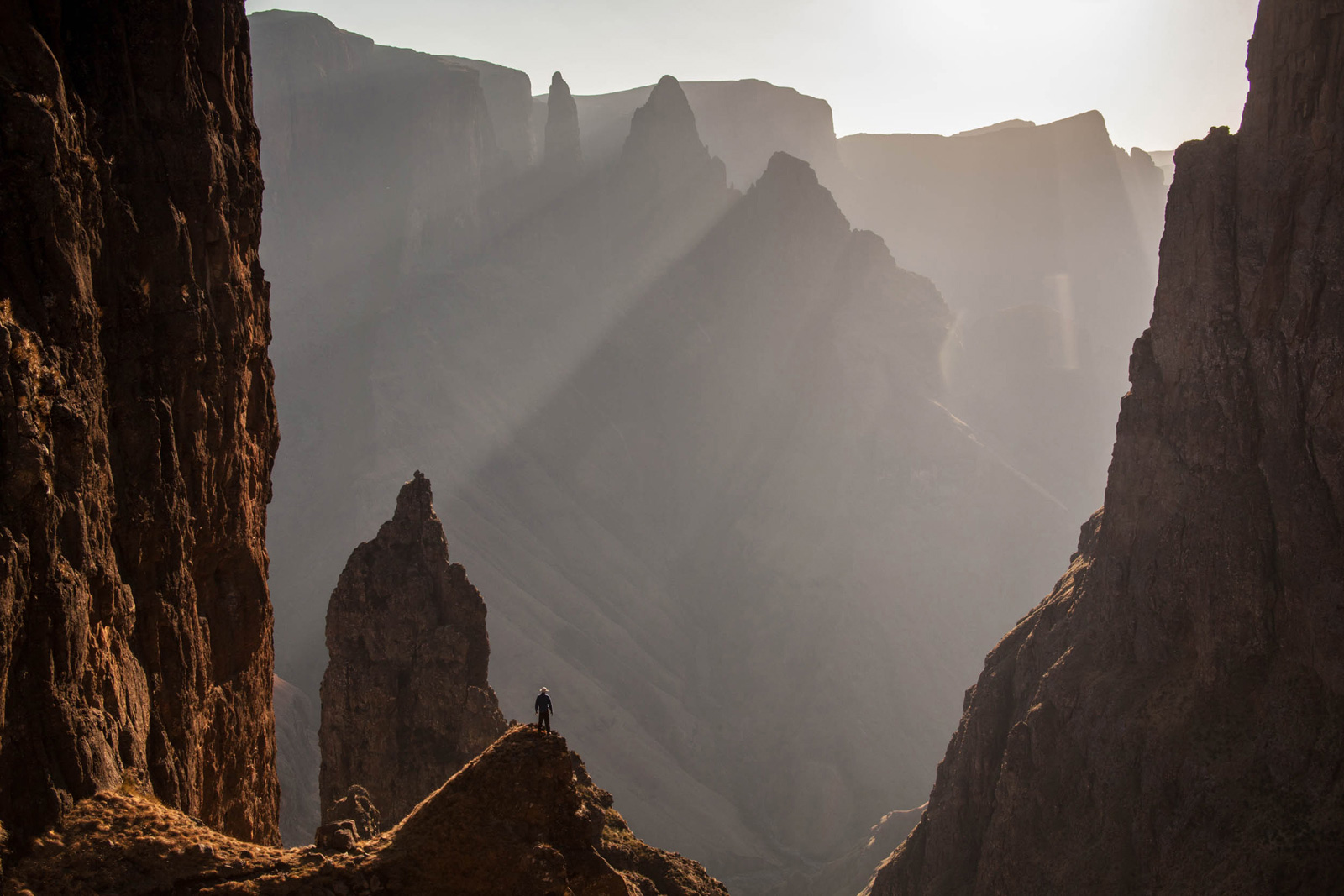