Flight of the bumble bee-eaters 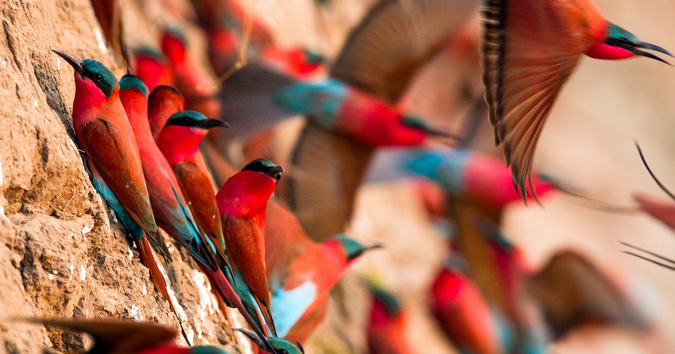 It’s well known that as the final days of August give way to September, the skies over South Luangwa in Zambia blaze to life with the arrival of thousands of carmine bee-eaters. With their brilliant magenta plumage and accents of coral, turquoise and black, they are truly a sight to behold, turning even those least inclined into avian enthusiasts.

As they whirl around you making a kaleidoscope of your vision, they perform agile turns and swoops, zeroing in on bees with a precision that would make an Olympic archer jealous. Fix your eyes on a nearby branch and watch as one takes aerial laps. Their hunting is fine-tuned, each moving in its own exacting dance between predator and prey. With each pass, they return to the same perch smashing the stinging end of a bee into oblivion before tossing it skyward and swallowing it in one quick motion. 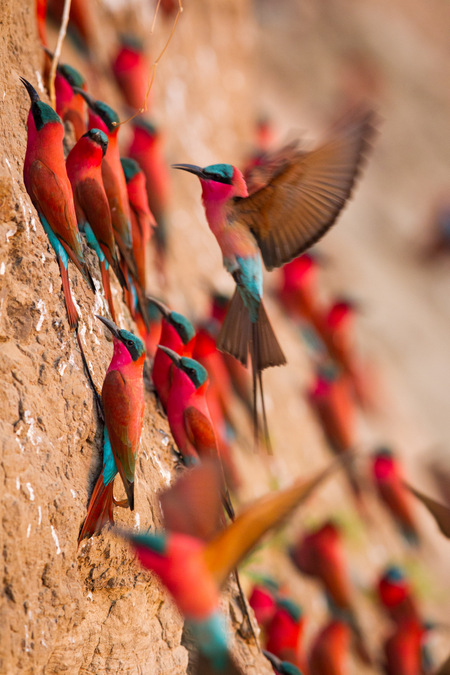 The colourful flocks of carmine bee-eaters may be synonymous with the South Luangwa, but they’re not year-round residents. Every year they leave the buggy paradise of the central African rainforests in favour of the arid landscapes of the South Luangwa – but why? Why leave a place practically vibrating with insect energy for a place that’s much less hospitable?

Across the animal kingdom, females time the arrival of the next generation with the best time of year for food and safety. It’s just logical. So why would these bee-eaters make a lengthy journey away from a place that treats them so well the rest of the year? 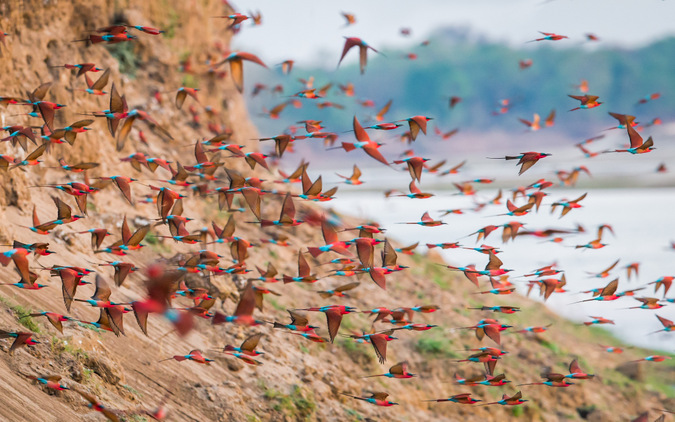 As water levels drop along the Luangwa River, vertical banks appear, revealing the perfect nesting sites for these burrowing birds. With the banks at their most exposed during the dry winter months, the carmine bee-eaters choose this time for their annual pilgrimage to the South Luangwa, returning to the same banks every year.

They excavate a tunnel two metres long into the compact soil, laying their eggs in a chamber at the end. The sheer face of the riverbanks cocoons the nests in safety. It makes them difficult to access from both above and below, preventing any predators from accessing the eggs or hatchlings. Beyond this, the proximity to the river ensures a steady supply of flying insects – a much-needed resource for a growing colony. 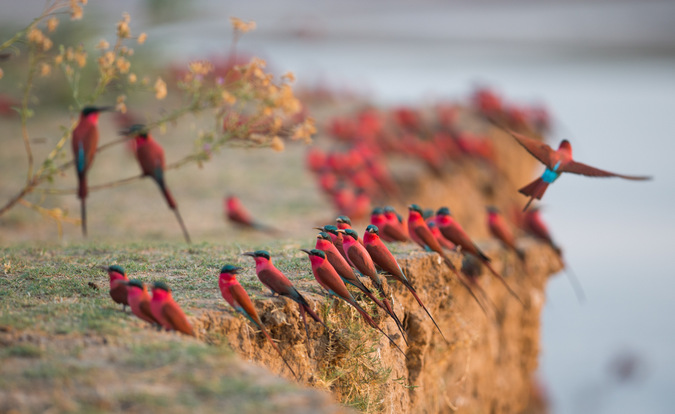 This is a natural wonder not to be missed, to sit below the colony and watch the frenzied goings on of a thousand colourful birds. The bank rises high above your head, a peppering of holes covering the striated face. Tiny heads crowned in turquoise poke out, taking a quick survey of the riverbed below before darting off after unseen insects. An entire afternoon can pass by without notice as you watch these beautiful creatures.

Join Norman Carr Safaris, the original Zambian safari company, and its award-winning guiding team to experience the carmine magic for yourself. 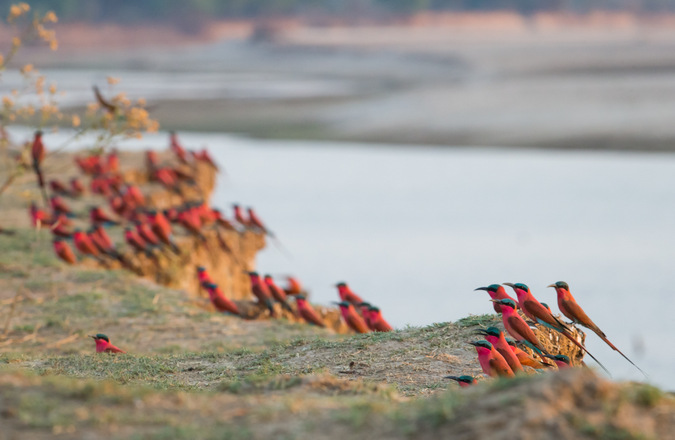