After reviewing almost 10,000 entries to the Africa Geographic Photographer of the Year 2016 competition, brought to you by Canon and Cape Union Mart, and narrowing those down to just 15 finalists, the time has come for our panel of judges to choose the winners for each of the competition categories – travel/scenic, traditional culture, and wildlife.
This has been no easy feat and there has been a great deal of deliberation as to which photographers have pushed the limits and their camera settings to capture the spirit of Africa through the lens. A Canon EOS 70D Body and 18-135 IS STM Kit is ready and waiting for the overall winner next week, who can use it to take more fantastic photos in Mozambique while they’re being pampered for five nights at Anantara Medjumbe Island Resort, just a short inclusive Airlink flight away from Johannesburg.
And all is not lost for the two runners-up either, as they will have two nights to recover from all of the excitement at either Tintswalo Atlantic in Cape Town or African Luxury Hideaways’ Elephant’s Eye in Hwange.
Meanwhile, more than 200,000 votes have been cast by our Facebook community over the past few months to help to decide which photo will qualify as the “most popular” for each category. The overall audience favourite will be announced next week, and the winner of this coveted title will be heading off to iSimangaliso Wetland Park to spend three nights at Mseni Lodge in Sodwana Bay. They will also have the chance to go turtling with Ufudu tours for two of those nights, and will enjoy an excursion to the nearby uMkhuze section for a game viewing experience during their stay.
So click on the ‘Next’ button above each image to not only find out the category winners in this year’s competition, but also to discover which three category images have been the “most popular” – as voted by you! We are also delighted to start giving away prizes as ALL SIX of these category finalists have won a Wildlife Photographic Course from Big 5 Photos at the value of ZAR1,500 each. The fun starts now!
Stay tuned for the overall winner and the audience favourite, which will be announced on Friday, 27th May. Who will be crowned Africa Geographic Photographer of the Year 2016?! 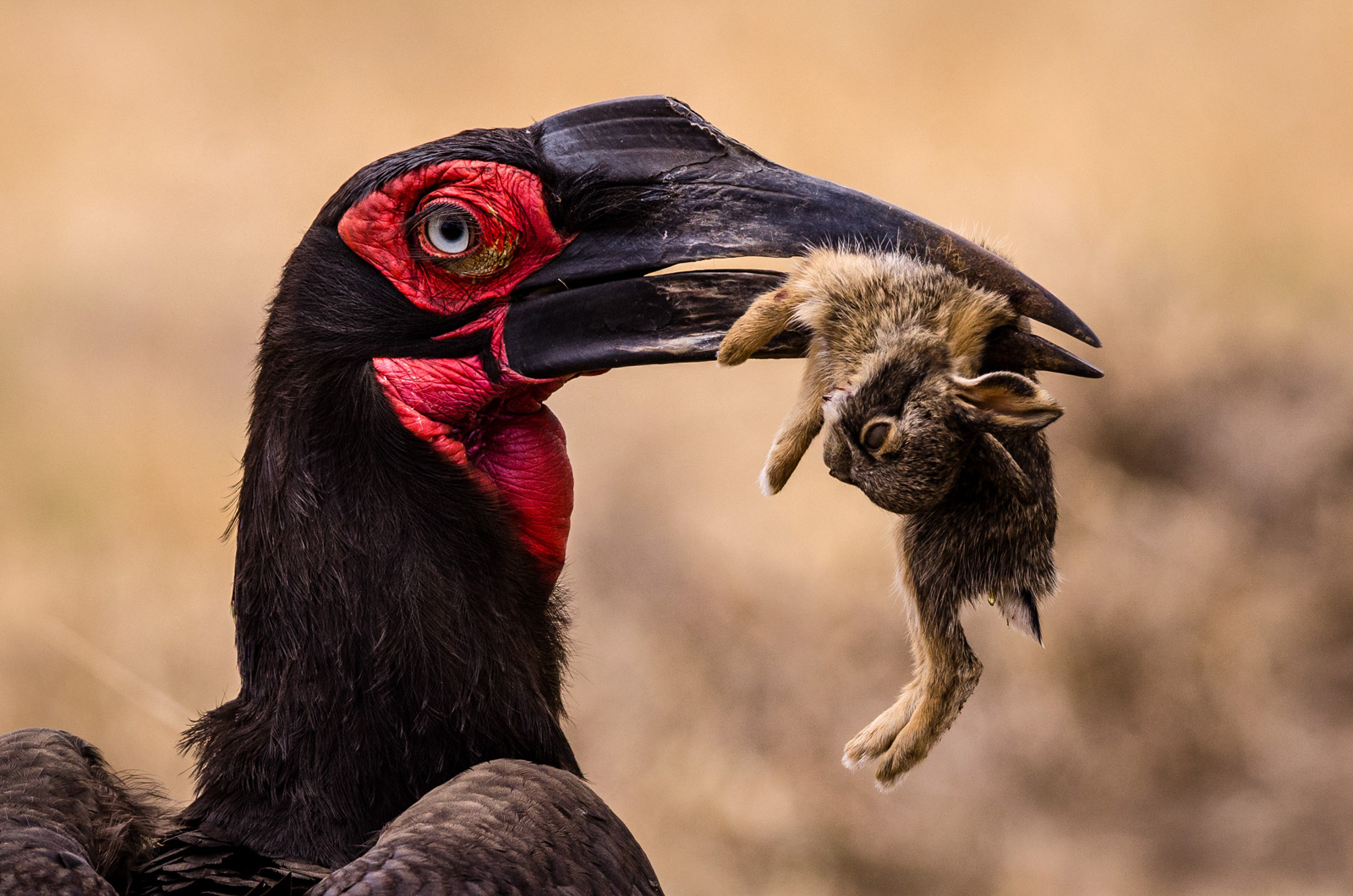 ? WINNER OF THE WILDLIFE CATEGORY

Photographer William Walldén describes this encounter in the Serengeti National Park, Tanzania
I was enjoying a week-long safari with my parents in Tanzania and by the second to last day we’d almost given up hope of seeing a southern ground hornbill, which is listed as Vulnerable by the IUCN. But then suddenly we saw one, and it stopped in its tracks in front of us.
I took some photos then looked around just in time to see another one capture a little hare. The bird then walked away and smashed its prey against the ground to kill it. It then looked back at us for a brief second and that’s when I took this shot before it moved on again. I looked down at my camera screen and felt very excited at the result and the privilege of seeing this bird do something like this. 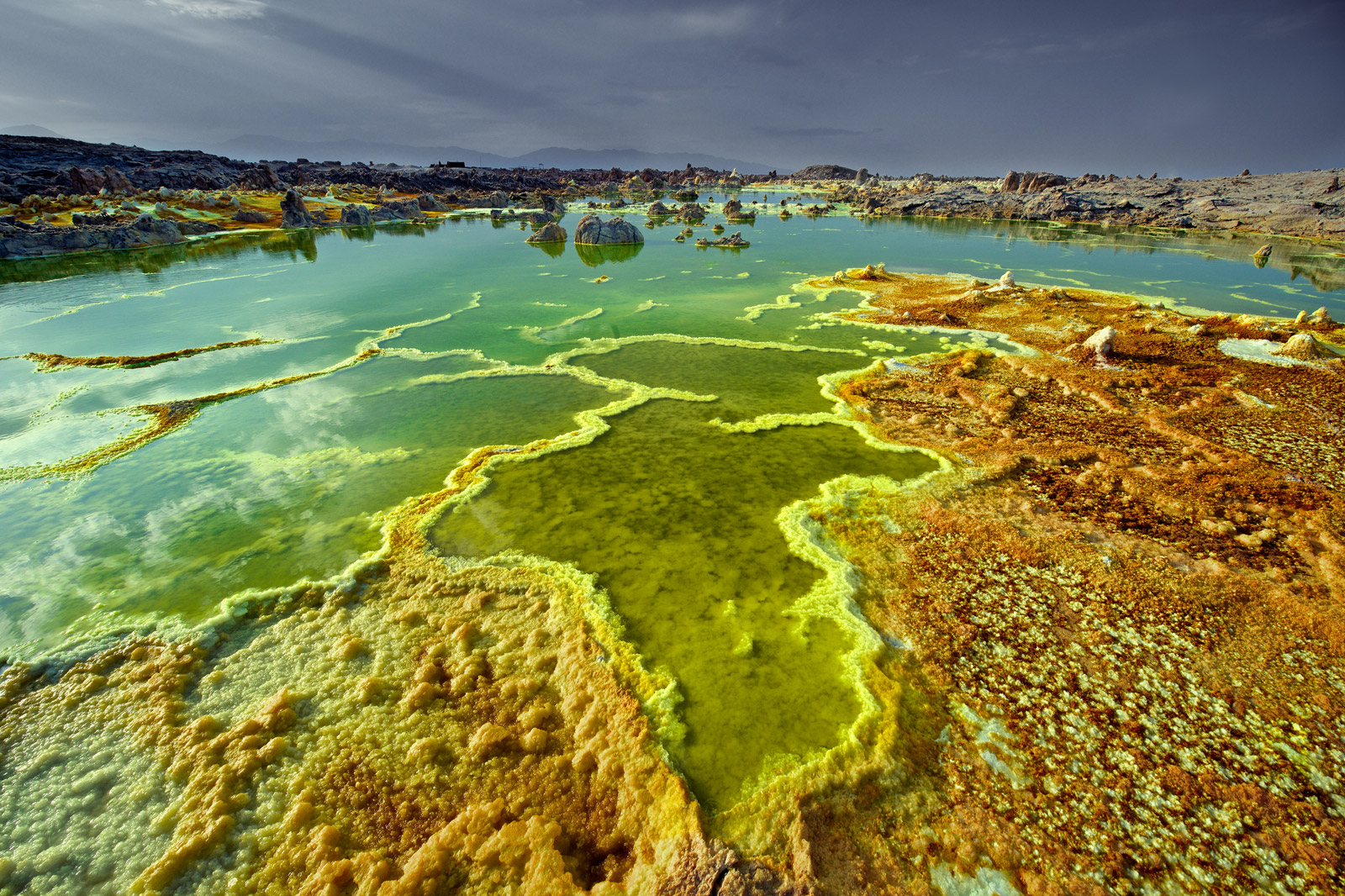 ? WINNER OF THE TRAVEL/SCENIC CATEGORY

Photographer Trevor Cole gives us a bit of background as to how he took this shot in Dallol, Ethiopia
The image was shot as the sun was going down to enhance its warmth and provide a few contrasts. I chose a wide angle lens and a small aperture to ensure a good depth of field and appropriate sharpness. The shot was also taken from a low angle to enhance the foreground features.
The Dallol sulphur fields are very remote and the area is politically sensitive, as Eritrea is a short distance away. We were accompanied by the military and they very kindly allowed us to stay until the sun was low in the sky. The sulphur fields lie on top of the Dallol Volcano, and the intense colouration is due to the hydrothermal activity close to the surface and the subsequent mineralisation. This is the hottest place on Earth. 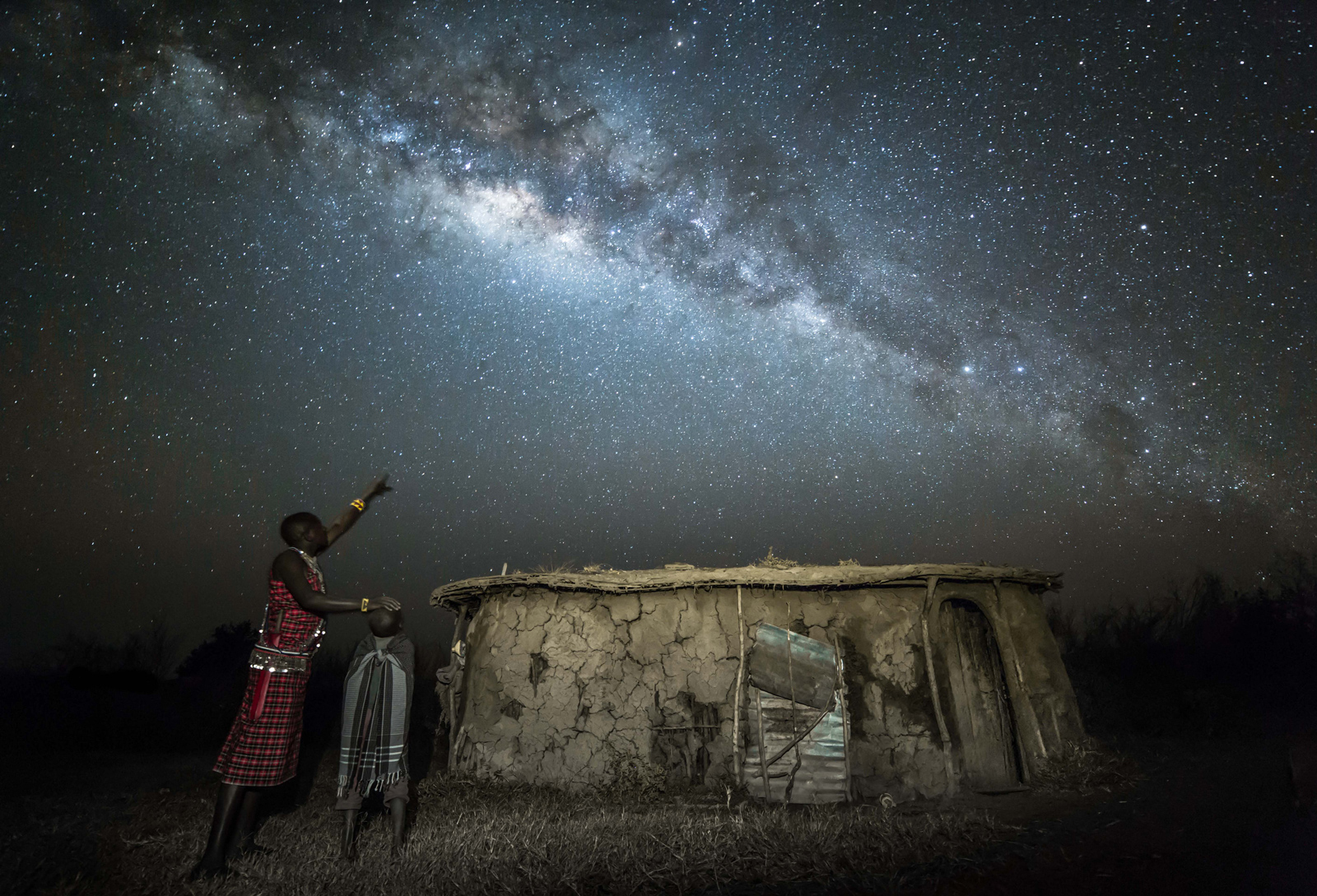 ? WINNER OF THE TRADITIONAL CULTURE CATEGORY

Photographer Robin Stuart describes the situation leading up to this incredible shot taken in the Maasai Mara National Reserve, Kenya
The main inspiration behind the shot came from hearing that the Maasai were semi-nomadic and used the stars to navigate. This struck a major chord with me. Having just started astrophotography, I had to capture this idea in a image, knowing that something like it had probably not been captured before, as astrophotography is a relatively new photographic genre, especially here in Africa.
Right up until the day, I had not planned to capture the moment with a father and his son, but knew I wanted a shot with a Maasai warrior in the setting of his home. The idea to include a child with his father came when we were waiting for the sun to set. The young boys were herding cattle back to their manyattas, and I guess it just hit me. Why not capture a moment between a father and son? I thought that night time was a great opportunity for man and boy to talk and for the father to hand down knowledge of the stars to his son. 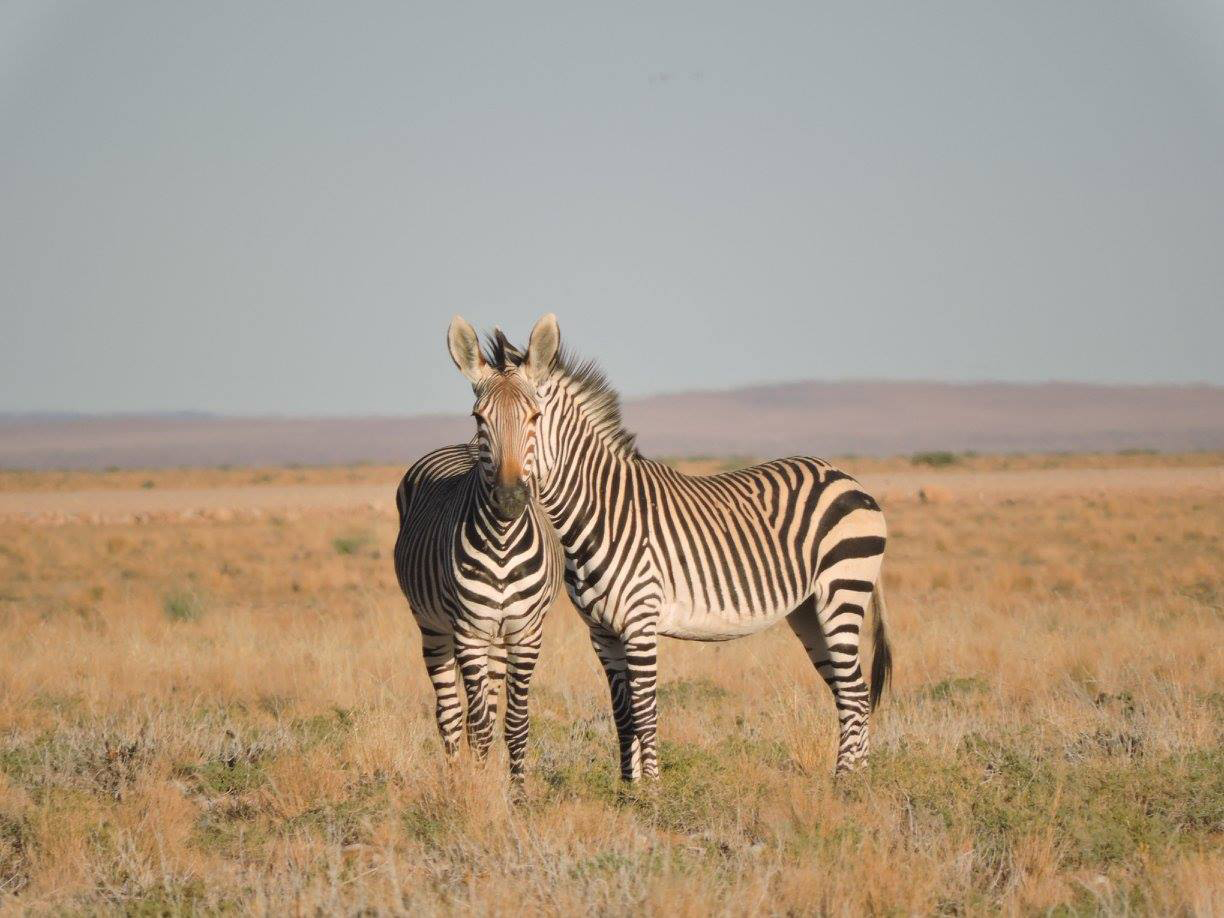 A whopping 13,872 people have liked this illusion captured in the Namib Desert by Gal Zanir, and 1,251 people have shared it across Facebook!
It has received 424 comments – all of which follow a very clear thread along the lines of: “The most ingenious photo in the album!!” Or: “Absolutely fantastic. The best I have seen lately!” And: “Wow!!!! It’s beautifully amazing, I am falling in love with it.” 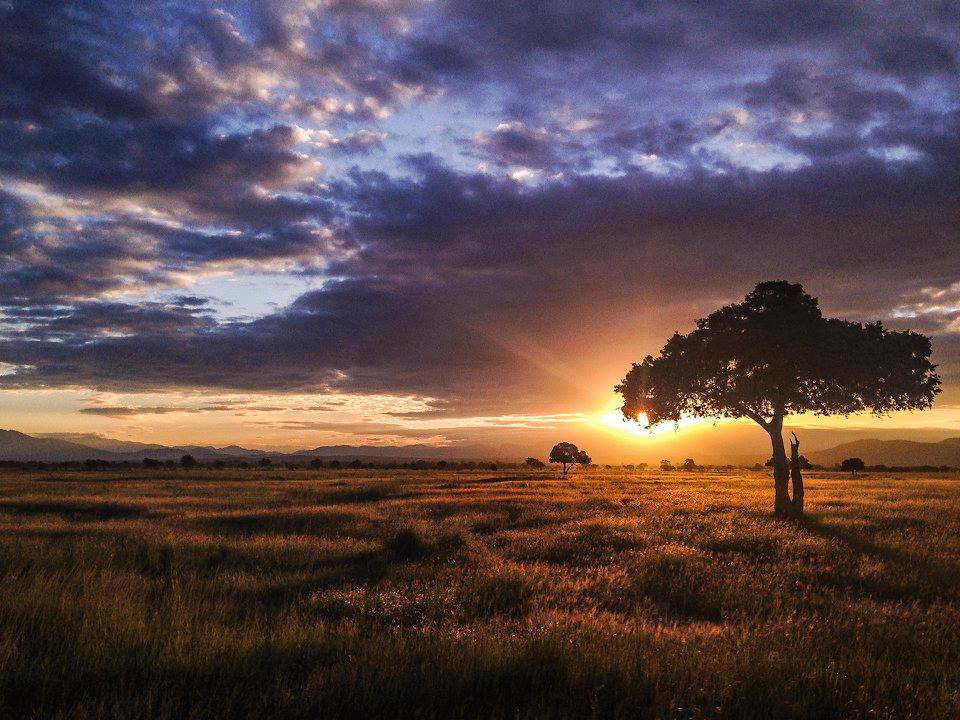 Photographers have travelled far and wide to capture the incredible landscapes of our fair continent. And this one, taken in Tanzania’s Mikumi National Park by Jessica Ulysses Grant, went down particularly well with our audience, which liked it 1,382 times.
Perhaps it’s because it made so many people wish they were there or maybe it’s because it managed to capture a moment in the wilderness so wonderfully. Whatever your reasons for loving this photo, here is some of the positive feedback that members of our audience offered:
Angela Lee: “This is absolutely beautiful ♥ the sky colours, the sun giving the plains and hills a golden glow, and the Acacia tree… I wish I was there!”
Tara Ann Ford: “Gorgeous… truly breathtaking!”
Glenda Albertson: “What a great photograph… the clouds, the sun, the grasslands, the trees and the mountains in the distance captured so beautifully!!!” 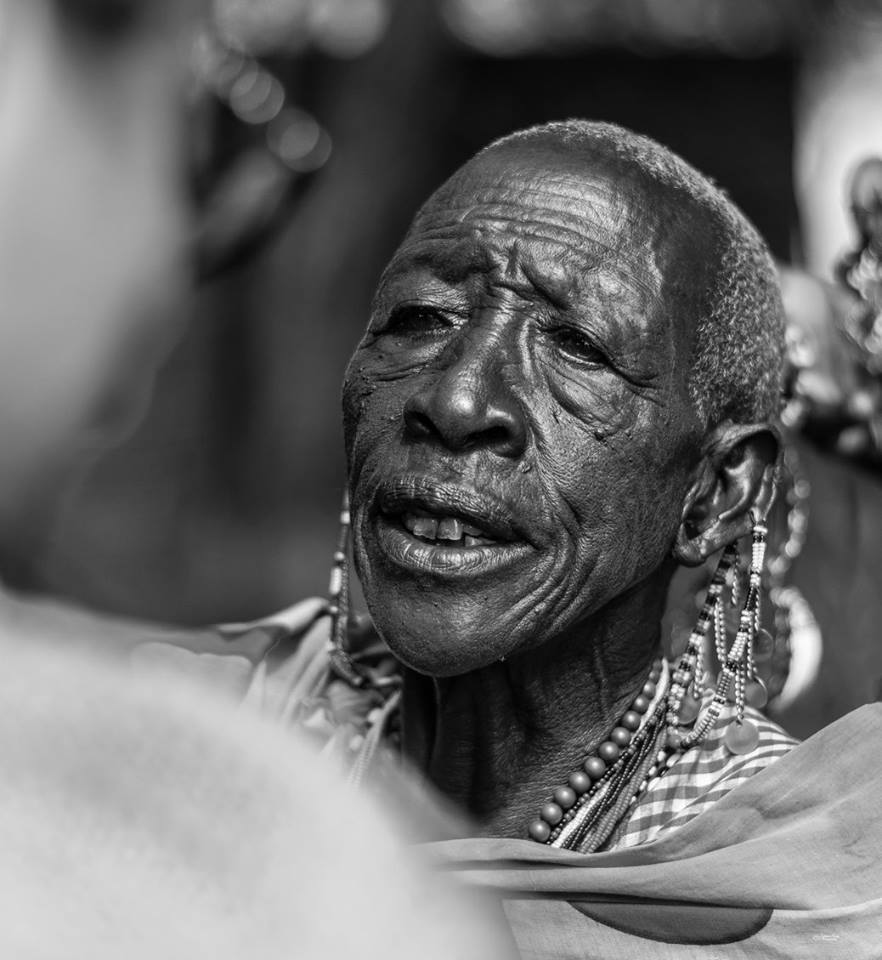 Photographer Kegan Ochieng’ Ogaga captured this popular portrait in Nairobi, which has received a lot of love from around the continent. One person even requested to use the image for a sculpture, and another person said that it was “such a great shot. I’d give a million likes if I could!”