Recently there has been a great deal of attention given to trophy hunters in the media. Murdering c*nts, aren’t they? They and their families should be shot, shouldn’t they? 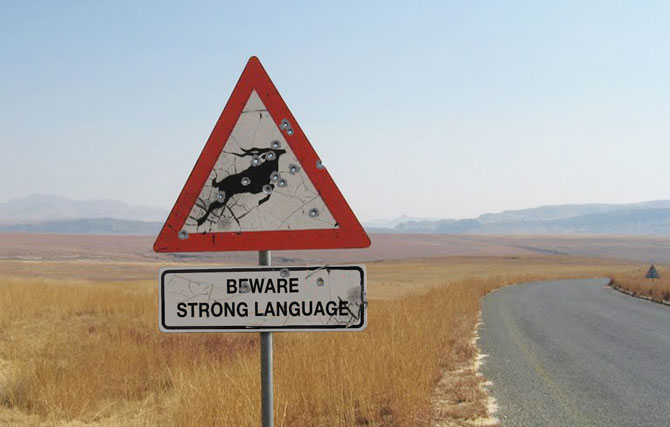 Many readers will apparently agree. This was the level of abuse flung at Melissa Bachman and Corey Knowlton after images were released of Bachman posing with her lion kill, and Knowlton paid US$350 000 to hunt a black rhino in Namibia. Thousands upon thousands of people expressed their disgust with the trophy hunters in online forums and social media. Death threats were leveled at Knowlton’s family. Statements directed at Bachman were often sexist and deranged. A few examples are:

“I hope that c*nt gets vaginal herpes and dies.”

“A bullet is too good for her. Smear the blood from that lion in the pic that she shot over her naked body, and tie her down in the path of a swarm of African soldier ants.”

People willingly put their names to these statements.

The pro-hunting group weighed in too:

“Merry Christmas to all of you ignorant jackasses who shoot off your mouths without any facts. May your hormone/chemical filled supermarket foods give you cancer. Cheers… to wishful thinking.”

So overwhelming were the statements that they became the news. While animal lovers stirred up a red mist of rage, the cloud of vitriol shrouded the core issues rendering any valuable reportage redundant. By attacking the moral character of the trophy hunters, all the accusers really achieved was to expose their own warped morals. An opportunity was missed to bring crucial points to the fore, such as:

It appears that engaging the subject of trophy hunting on moral grounds only clouds an issue that needs transparency in order expose the truths and transgressions behind it – and the transgressors will thank you for that.

Shouldn’t we therefore disengage the moral debate and approach it pragmatically to study the facts and construct solutions that might effect positive change? Or should we just go on calling people c*nts and threatening to kill their families?