You are here: Home » Wildlife » Conservation » West African giraffe return to Gadabedji after 50 years of absence

West African giraffe return to Gadabedji after 50 years of absence

Posted on December 5, 2018 by Giraffe Conservation Foundation in the News Desk post series.

The Giraffe Conservation Foundation and Sahara Conservation Fund announce the safe reintroduction of eight highly threatened West African giraffe into Gadabedji Biosphere Reserve (recently listed as a Biosphere Reserve by UNESCO). In two trips of 48 hours each, two groups of four giraffe were translocated over 800 kilometres by truck to their new home. This is the first conservation effort of its kind in Niger, and for West African giraffe.

Even though the ‘Giraffe Zone’ is not formally protected, it forms part of the W Transboundary Biosphere Reserve, covering more than 1,700 km². These West African giraffe are an isolated population, with the closest population of giraffe being Kordofan giraffe (G. c. antiquorum) that live more than 2,000 kilometres away in northern Cameroon and southern Chad – also a subspecies of the Northern giraffe.

Operation Sahel Giraffe commenced in early November 2018, after a year of meticulous preparation. Eight giraffe were individually captured in the ‘Giraffe Zone’ and transferred to a holding pen (boma), where they were kept for more than three weeks to prepare them for the long journey.

The eight giraffe were then transported in two groups of four, an arduous journey for both the giraffe and the team, before their successful release in Gadabedji Biosphere Reserve recently.

Almost 50 years ago, giraffe became locally extinct in the Gadabedji area because of drought and illegal hunting. Since 2013 Niger’s Wildlife Authority, with support from the Niger Fauna Corridor Project/UNDP, has worked diligently towards restoring the region’s wildlife and their habitat.

The re-introduction of giraffe will further enrich the reserve’s biodiversity and contribute to increasing community development and support in the region.

“The Government of Niger has undertaken a significant effort to re-introduce giraffe back into the Gadabedji Biosphere Reserve. This is a major giraffe conservation success. The giraffe have not been seen in this area for more than 45 years due to a combination of illegal hunting, habitat loss and climate change. In the days immediately following the release, the giraffe have explored the reserve and its periphery. Local communities and traditional authorities provide updates of giraffe movements to the management unit of the reserve, highlighting their commitment to conserving giraffe in the region.” – says Lt Colonel Ali Laouel Abagana, Coordinator of the Niger Fauna Corridor Project/UNDP

In the mid-1990s there were only 49 West African giraffe left in the wild, and as a result the subspecies was listed as ‘Endangered’ on the IUCN Red List of Threatened Species in 2008.

Comprehensive conservation efforts by the Government of Niger, in collaboration with local and international partners, have triggered an amazing recovery of the West African giraffe population to over 600 individuals today. This positive trend resulted in the downlisting of West African giraffe to ‘Vulnerable’ on the IUCN Red List last month (November 2018).

Read more about giraffes, in collaboration with the Giraffe Conservation Foundation, in our story: Giraffes – The Silent Extinction 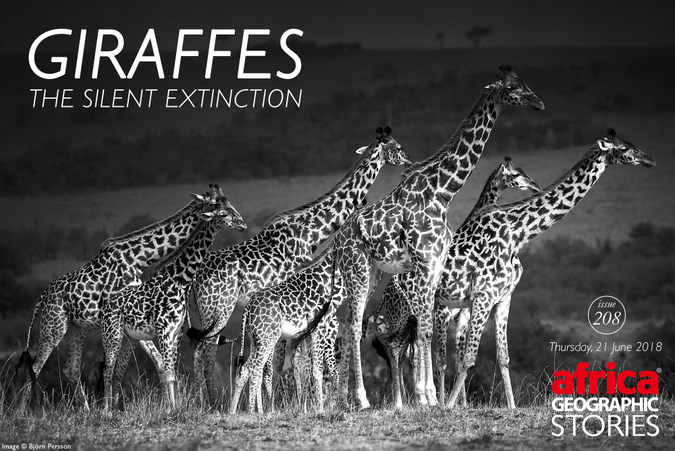