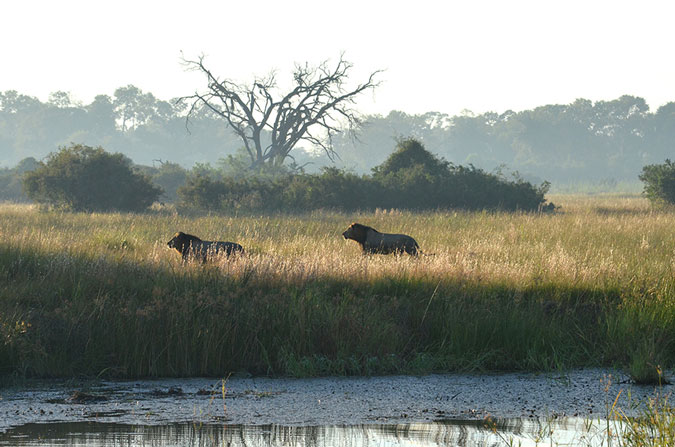 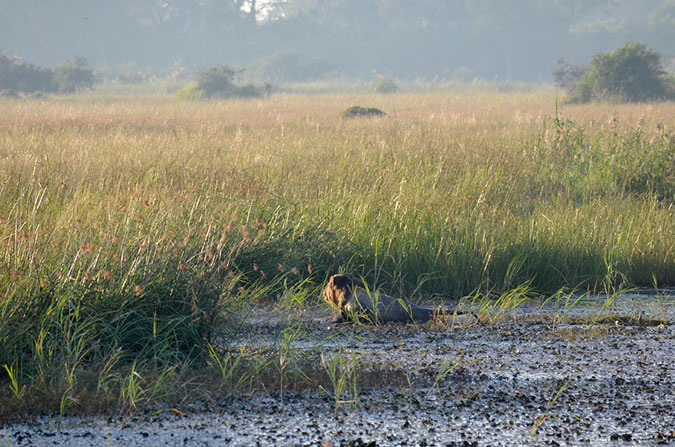 It was around 7am when the staff called all out to see form the dining area lookout the two lions chasing our poor guy! Then our guest and staff followed the action by car and with their surprise the two big males took a shortcut and jumped into a channel! 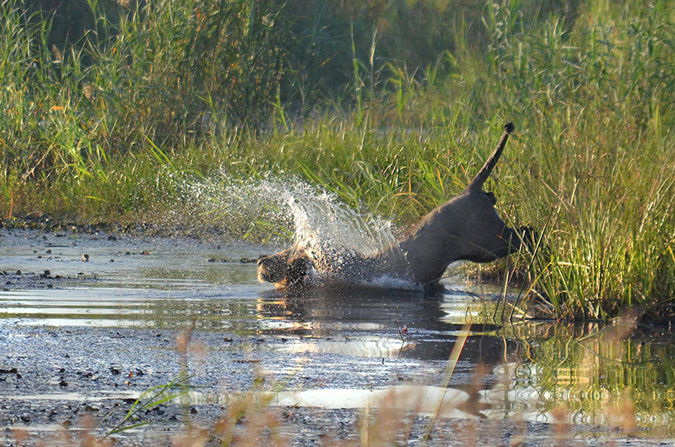 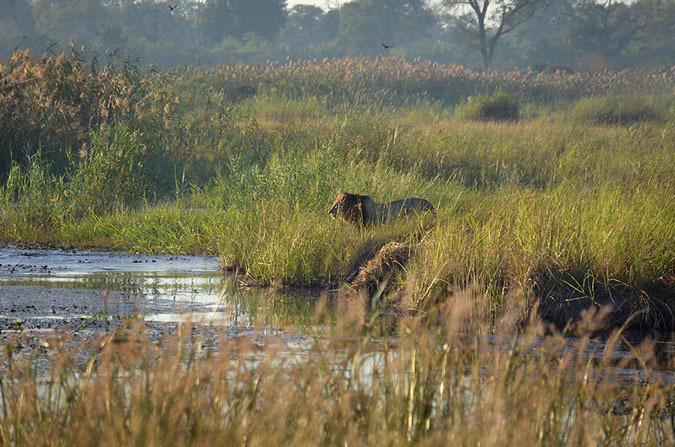 Seconds later, a hippo came up to see what was going on! 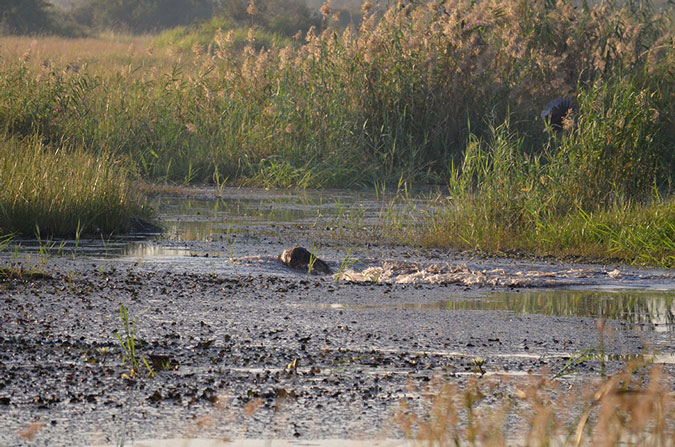 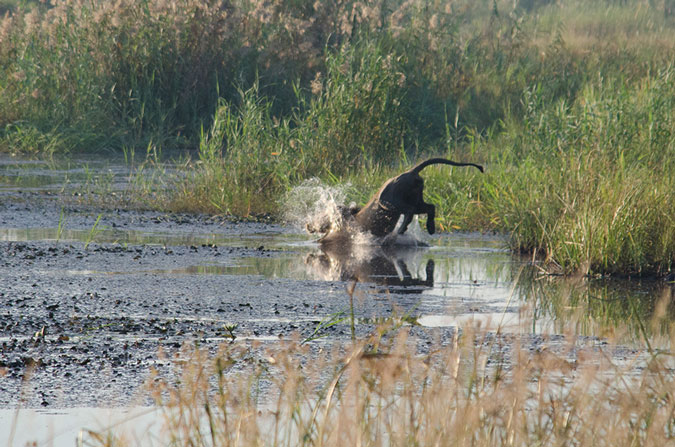 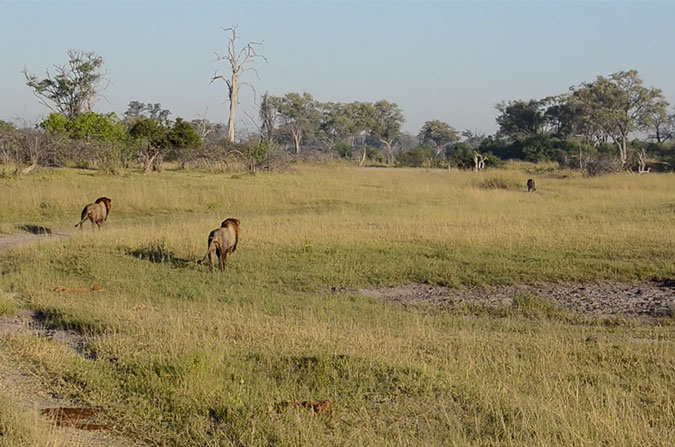 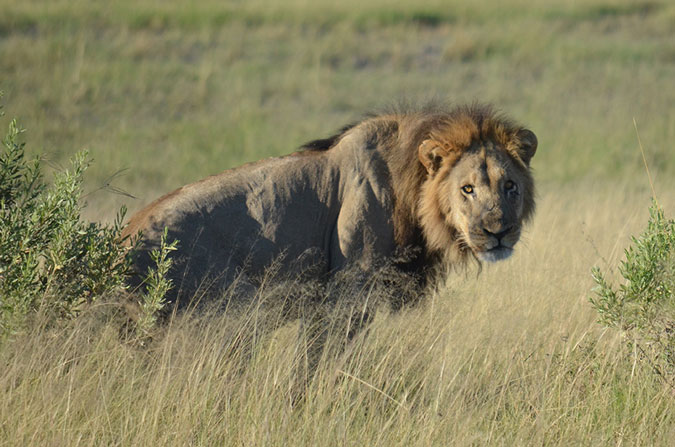 Jackalberry Tented Camp is situated in a exclusive concession inside the Nkasa Rupara NP (Mamili) in the Caprivi region of Northern Namibia. The 4 luxury tents and the whole Camp are 100% solar powered and serve as an example of sustainable construction and planning. Guests will be privileged to view everything from lion, elephant and buffalo, to rare wetland species such as lechwe, sitatunga and reed buck.