You are here: Home » Wildlife » Animal Encounters » Opinion: Will I be attacked by a wild animal while on safari?

Opinion: Will I be attacked by a wild animal while on safari?

Posted on May 9, 2018 by Wild Wings Safaris in the Opinion Editorial post series. 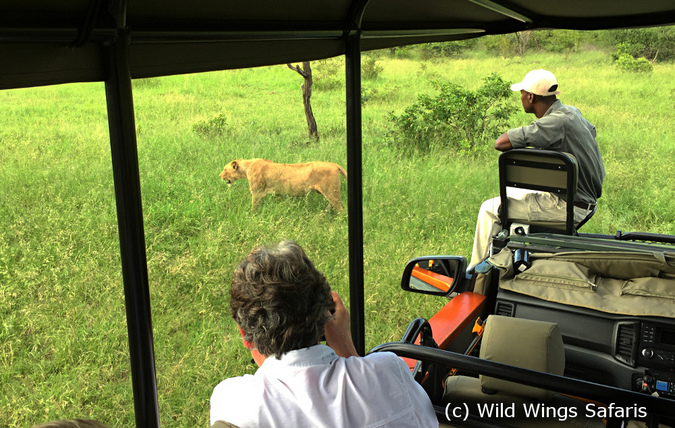 Will I be attacked by a wild animal while on safari? A number of recent news headlines in South Africa have probably contributed to an increase in this particular question (or some version of it), and two recent incidents appear to highlight again just how dangerous wild animals can be.

The first was a viral video of a lion attacking a man at the Marakele Animal Sanctuary in Thabazimbi, South Africa. (Note, this did not happen in the Marakele National Park as some news reports suggested). The second was the tragic death of filmmaker Carlos Carvalho, who was killed by a giraffe at Glen Afric Country Lodge, near Johannesburg. Carlos was busy taking close-up footage of the giraffe (affectionately named Gerald) when the animal unexpectedly swung its powerful neck and hit Carlos against his head with one fatal blow.

There are many examples. Baboons or monkeys that have been fed and become aggressive towards people. Leopards or hyenas that are used to being fed by campers and have lost their fear of humans. Lions or cheetahs that have been raised in captivity. In almost every case of a ‘wild’ animal attacking a human, the animal is not truly wild.

Over the last few years, more and more people have been crying out against so-called ‘animal sanctuaries’, captive breeding facilities and various animal interaction experiences (such as lion cub petting or cheetah interactions or elephant back safaris). Most responsible tour operators have stopped supporting such places or recommending them to tourists. 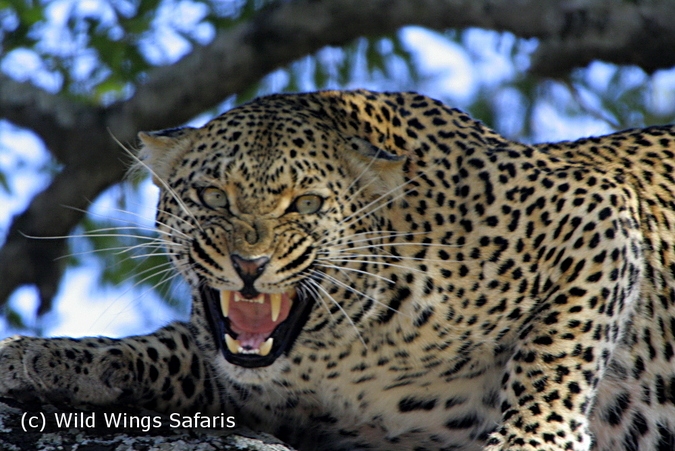 The lesson to take from this is simple. Captive or habituated animals are the most dangerous wild animals. Avoid animal sanctuaries or wildlife interactions with captive or habituated animals. Never touch a wild animal or get too close. Rather go to a proper game reserve and observe free-roaming wild animals in their natural habitat. Truly wild animals hardly ever attack humans. Even the biggest and most dangerous game have a natural fear of humans and will usually run away if a human approaches on foot. Bush walks in game reserves with dangerous game are surprisingly safe, if conducted by experienced guides who know how to maintain a safe distance, respect wild animals, and give them their space.

In Africa’s big game reserves such as the famous Sabi Sand Game Reserve in South Africa, it is often possible to enjoy close-up encounters with truly wild animals, by approaching with a vehicle instead of on foot. Even an open safari vehicle is safe. It may feel unprotected to a first time safari tourist, but thousands of game drives are conducted every single day in open vehicles, without any incidents. This is because wild animals do not see vehicles as prey nor associate them with food. If they feel threatened by a vehicle (for example due to noisy guests and the sound of human voices coming from the vehicle) wild animals will tend to run away from the vehicle. Likewise, in areas where hunting occurs, animals are usually more skittish and may run off when a vehicle approaches.

One exception to this is elephants. It is wise to keep a safe distance from elephants, especially bulls in musth or matriarchs with young calves. Sometimes an elephant may be annoyed by a vehicle that approaches too closely. But skilled guides who understand elephant behaviour seldom have confrontations with elephants, because they know when to back off.

The safest way to observe wild animals is in their natural habitat, from a respectful distance. Avoid captive animal ‘sanctuaries’ or venues that offer interactions with wild animals. Aside from the ethical reasons not to support such activities, it is safer to avoid them. Never come too close to a wild animal or try and touch it, even (or especially) if it is tame or habituated. The animal may be cute, but it is not safe. Don’t feed wild animals. It makes them dangerous and increases the chance of conflict between humans and wildlife. 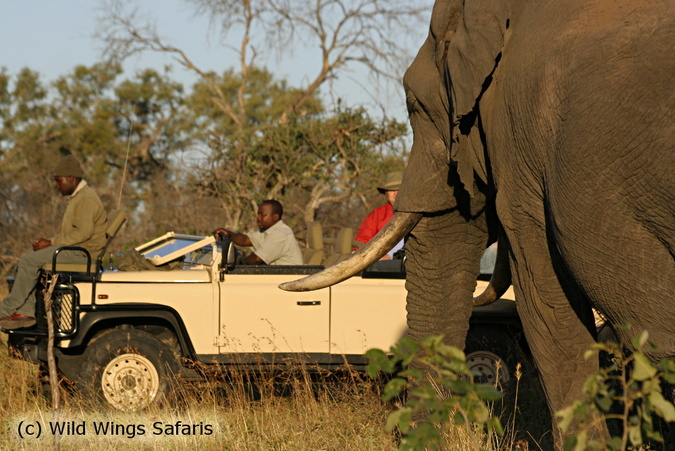