When it comes to unforgettable family holidays, it’s hard to beat a safari in South Luangwa, Zambia. For parents, a safari is a chance to reconnect with nature. For children, it’s a chance to get to know it.

From birds and butterflies, to fungus and dung, not much escapes young enquiring minds and sharp eyes! Simon and Shanie Cousins recently experienced this while spending a long weekend with their two daughters at Robin Pope Safaris’ Nkwali Camp. 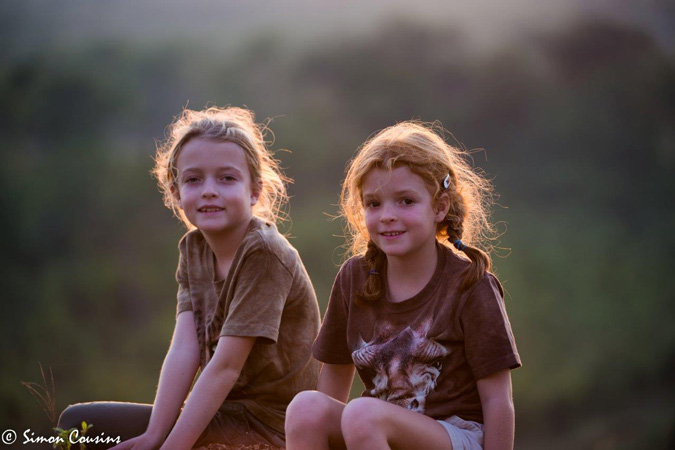 They shared a bit more about their experiences with us:

“We had an amazing time, as always, and the staff were great. It was lovely to be with the family in the bush and the girls are so enthusiastic for everything!

On the first afternoon, we found the big pack of 21 wild dogs on Lupunga Spur. It wasn’t long before they were up and after anything vaguely resembling food. An amazing sight. They eventually caught an impala just out of reach of the car but soon brought the remains of their kill out and around the vehicle. 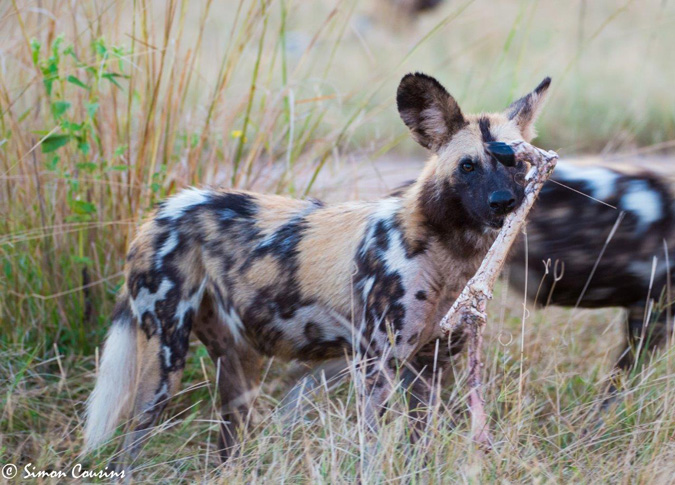 As we were enjoying the dogs playing, John, our spotter, saw a leopard appear from the thickets! It had come to investigate the noise of the kill. It crept closer, darting from one bush to the next but was spotted by the dogs. Realising it had been spotted and with 21 dogs now after it, the poor cat took off at break neck speed for the thickets!” 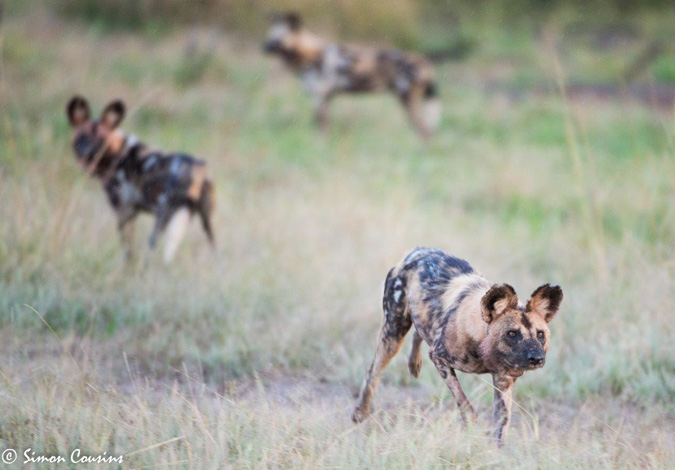 The next morning was just as exciting for the family. After a wonderful sighting of a large male lion, they caught up with the wild dogs on the southern end of Lupunga Spur. However, the dogs had been in the area for about a week and the food supply was dwindling, so there was a good chance that they’d be moving on.

“With the dogs possibly heading south we spent the afternoon drive around Wakumba, opposite Nkwali, in the hopes that they would show themselves in that area. Typically, just as the wine and beer had been poured, we heard the unmistakable sounds of hyenas fighting with dogs! We threw everything back in the car and shot over to where the noise was coming from.

Two hyenas had just stolen an impala kill from part of the pack of dogs and the dogs were busy calling for reinforcements from the rest of the pack, who were scattered all over the area during the chaos of the hunt. The rest arrived too late though, and the hyena’s made off with the spoils. 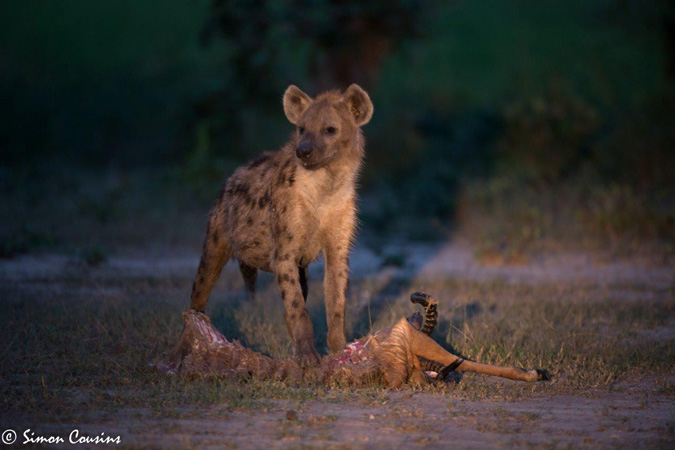 I suddenly remembered that we had left the big male lion asleep in the bushes that morning, and realised that if we heard the hyenas and the dogs fighting, then he would have definitely heard them as well. Sure enough, not a moment later, he came storming onto the scene scattering the dogs in all directions! He proceeded to roar his heart out and inform all in the area just who was boss! Another amazing sight!”

As if seeing wild dogs, hyenas and lions all at once wasn’t exciting enough, South Luangwa still had a little more in store for the Cousins family and treated them to not one, but three separate leopard sightings on their last afternoon at Nkwali.

As always, the valley never disappoints. Especially when there are kiddies watching!